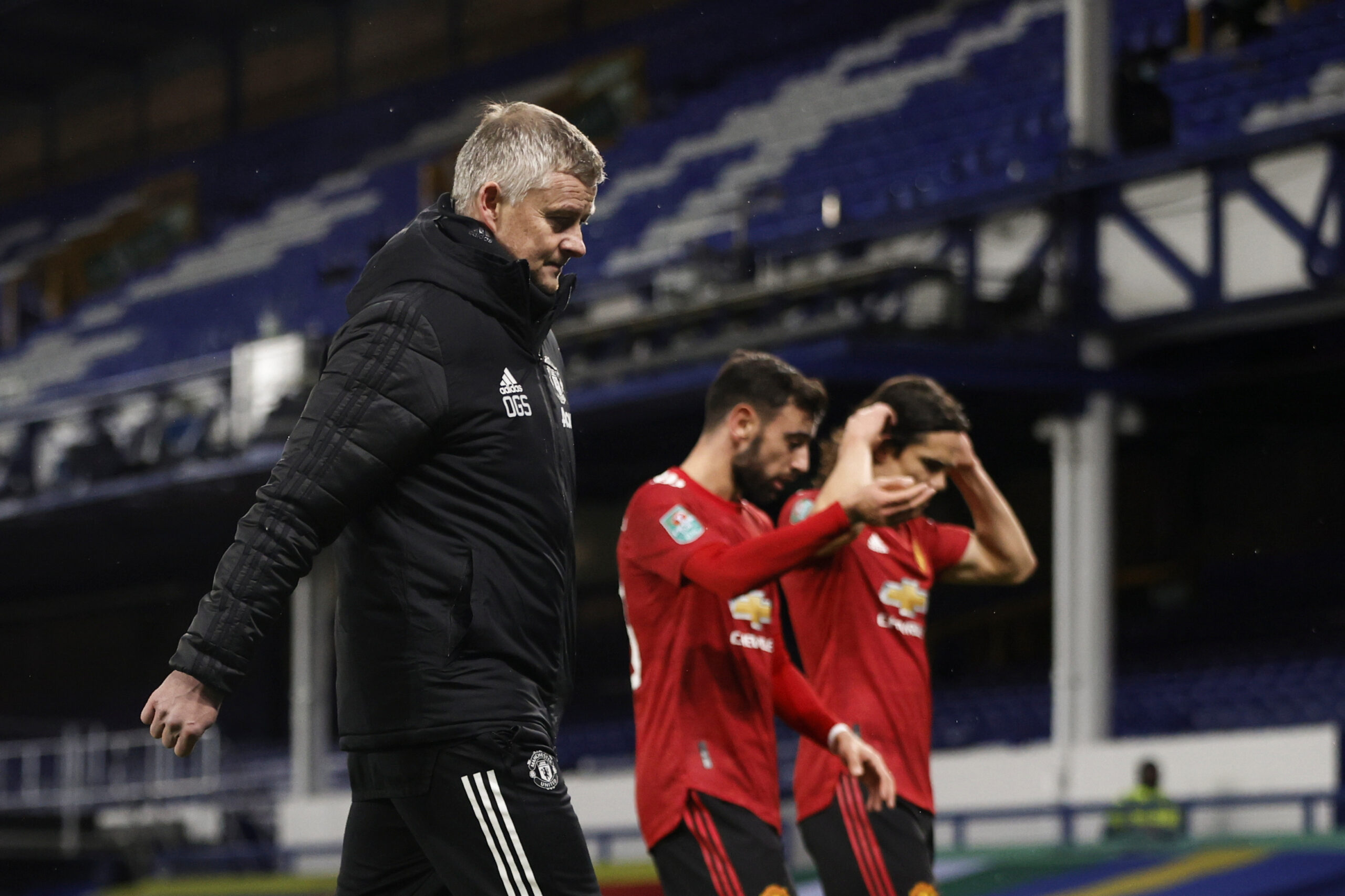 Ole Gunnar Solskjær made a host of changes for the Carabao Cup tie at Goodison Park on Wednesday as they booked their place in the semi-finals of the competition.

It was an impressive performance from United and they continued their fine away record.

Henderson, Tuanzebe, Bailly, Telles, Matic, Pogba, Greenwood, Van de Beek and Cavani all came in to the site with Maguire and Fernandes the only players to keep their place from the 6-2 thrashing of Leeds United.

Edinson Cavani scored the decisive goal two minutes from time before Anthony Martial made it two on the break.

“We need to start winning the big games like semi-finals and lift trophies for this club,” he said after the game.

“It was an excellent performance and we should have been out of sight, we had three or four great chances. We need to be more clinical.

“Edinson Cavani’s finish was excellent on his weak foot too. He’s had an injury but it’s good to have him back, he’s been a top striker throughout his career.”

The manager echoed Maguire’s cry and insisted that United dominated the affairs in Liverpool.

“You never know what’s gonna happen in a game of football,” Solskjær said when quizzed on whether he was confident that United would get the breakthrough. “The first goal always changes a game and as long as we were in the game I knew they (Rashford & Martial) could come on an make an impact.”

“Even Luke when he comes on, he has that strength and power to drive down that side. We tried to swap around the dynamics of the game.

“Very good start, first 20, 25 minutes I thought we were excellent. We should’ve been two or three up but Robin Olsen made a few good saves and kept them in the game.

“Then they had a good spell just before half-time but second half, we dominated.

“Of course we know that when we defend well we have players to win us the game. Winning gives us a boost now for Boxing day. We’re in the semi-finals now but one step away from the final.

“It’s (semi-final) the worst game to lose. We’re gonna do everything we can to get to the semi-final in a good state.

“Not bad!,” he said on Cavani’s goal. “Maybe he should’ve scored the three in the first half! He’s a top striker. Movement, quality, and of course the left foot strike was excellent.”