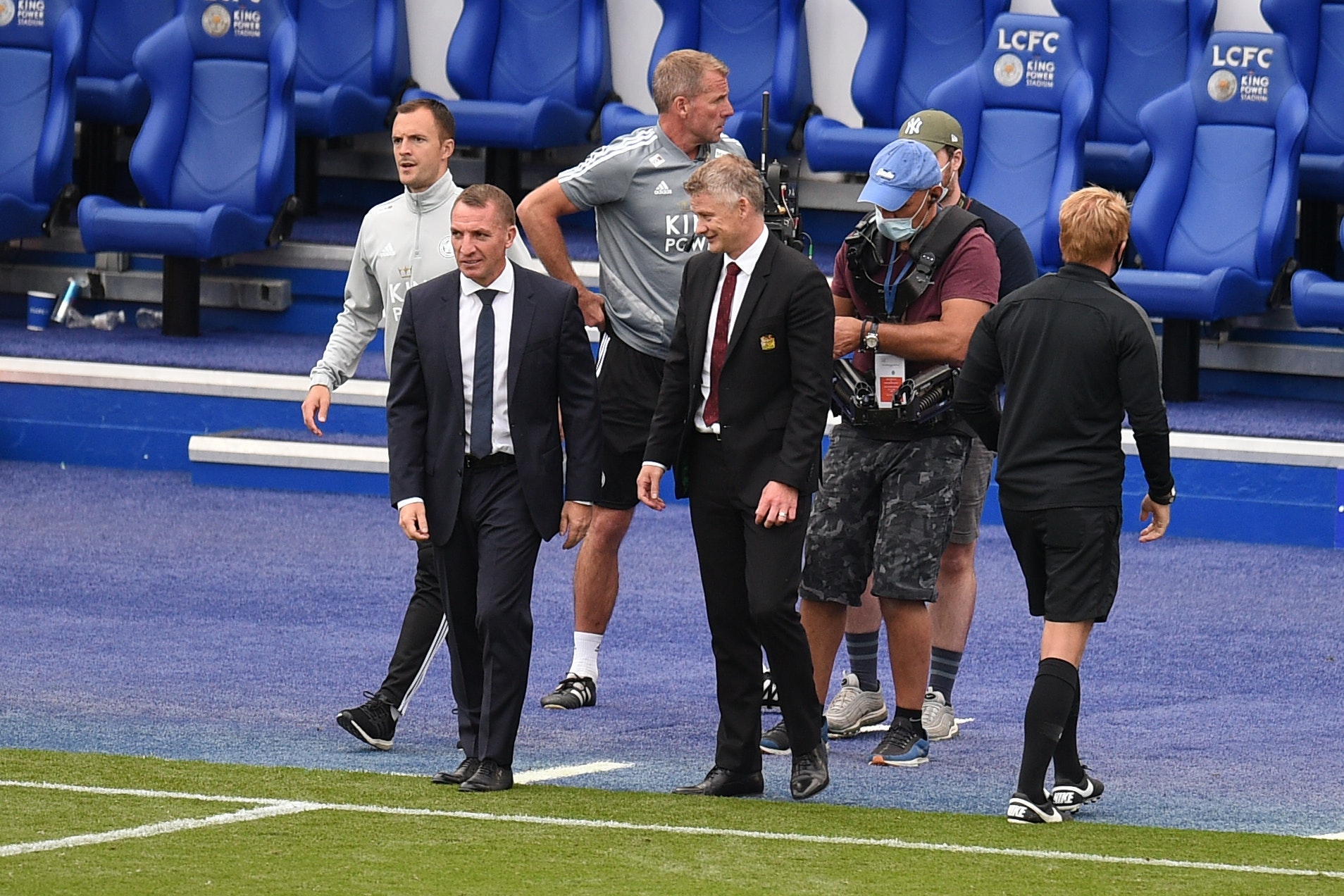 Manchester United’s winning run on the road came to an end at the King Power Stadium when a late own-goal cancelled out Bruno Fernandes’ 79th minute goal.

Solskjær’s side looked like they had won the game when United’s talisman scored his 10th league goal of the season but sloppy passing and defensive naivety allowed Jamie Vardy to poke home although the goal has gone down as an own-goal from Axel Tuanzebe.

“You can’t think that (that the game was won) before the game’s over and the whistle has been blown,” the manger said. “Disappointed that we didn’t win, we had loads of chances and we could’ve finished it off.

“Good goal, good pass from Edinson,” he added on United’s second. “We just had a similar chance before with Anthony. We can’t really celebrate, you don’t know if it’s offside or not.

“Very good goal (from Rashford). Of course he knows that his first chance is a glorious one. Seems like he finished the header before it hit the top of his head.

“Of course we’ve got a game in three days, an extra recovery day which we’ll use wisely.

“One point is not the worst result but we’re disappointed that we didn’t get all three against a good side here today.”

Victor Lindelöf came off on the hour with what looked like a back problem, an injury the Swede has been struggling with for the better part of 2020.

“He’s struggling with his back so I think we’ll have to do something,” Ole said. “We’ll see.”