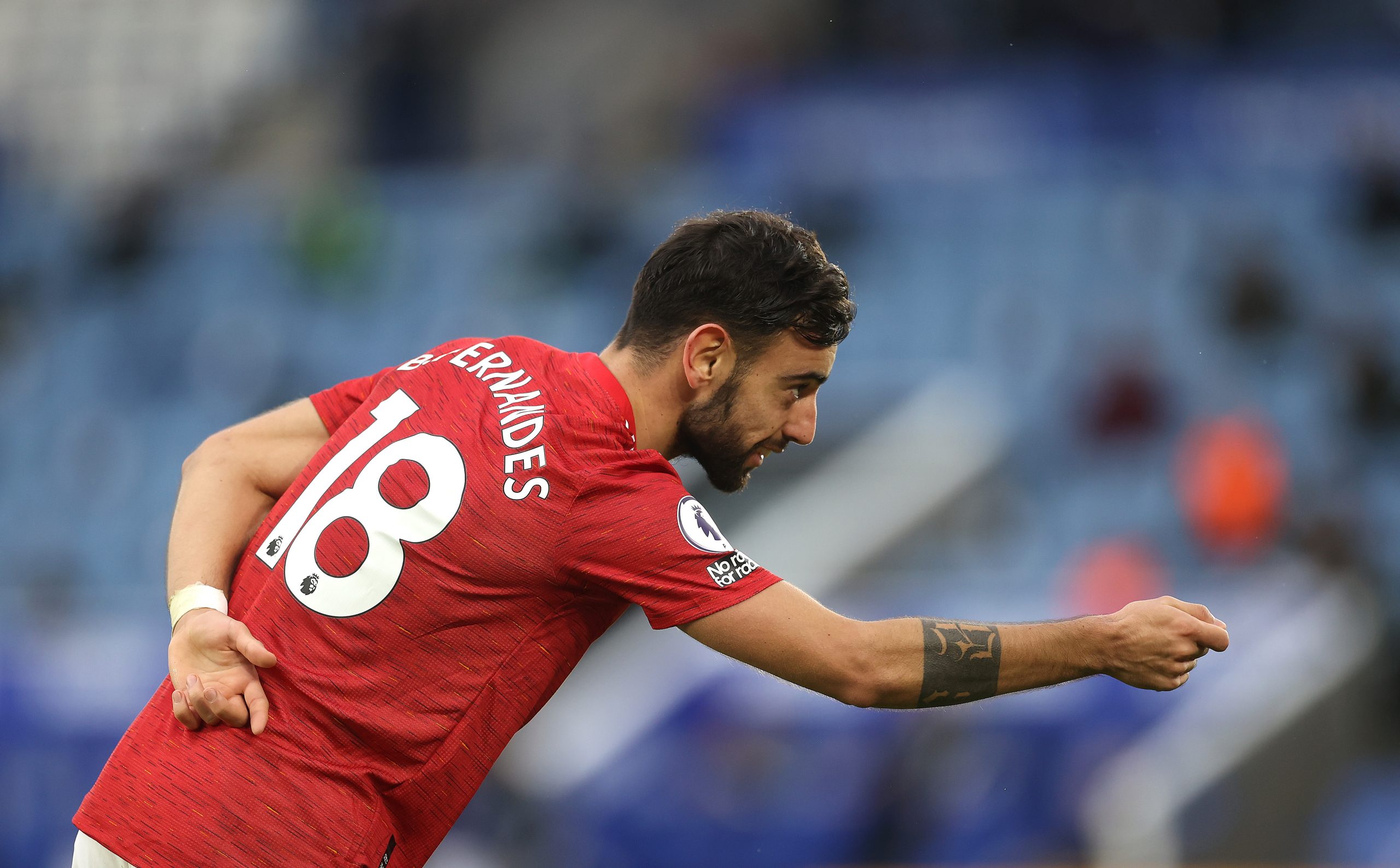 Paul Scholes has gone to enormous lengths to praise United’s new talisman Bruno Fernandes. The United legend is often seen on panels reflecting on United games nowadays but has been very critical of his former side since his retirement.

Not many could’ve predicted the impact Bruno Fernandes would have had at Manchester United and the Portuguese international has improved his new club in unprecedented fashion.

“What he’s doing is phenomenal, really,” Scholes said after United’s 2-2 draw at Leicester.

“I think if you look, since he’s been here, United would be top of the league if they won their game in hand, with more points than Liverpool, which is strange to think really because they’ve had such a bad start to the season.

“Well, you thought it was a bad start to the season, but they’re still right in there and I think they can only get better.

“The numbers he’s produced are just ridiculous, let’s hope he carries on.

“I’d like to play with him, probably behind him would be alright. But no, he’s been sensational, a big difference.

“I think before he came to the team, United could hardly create a chance with some of the stuff they were playing, but now they look like they can score three, four or five goals every game.”

Predicted teams: Manchester United vs Wolves
What implications could City’s Covid-19 outbreak have on the Carabao Cup semi-final vs. United?
To Top