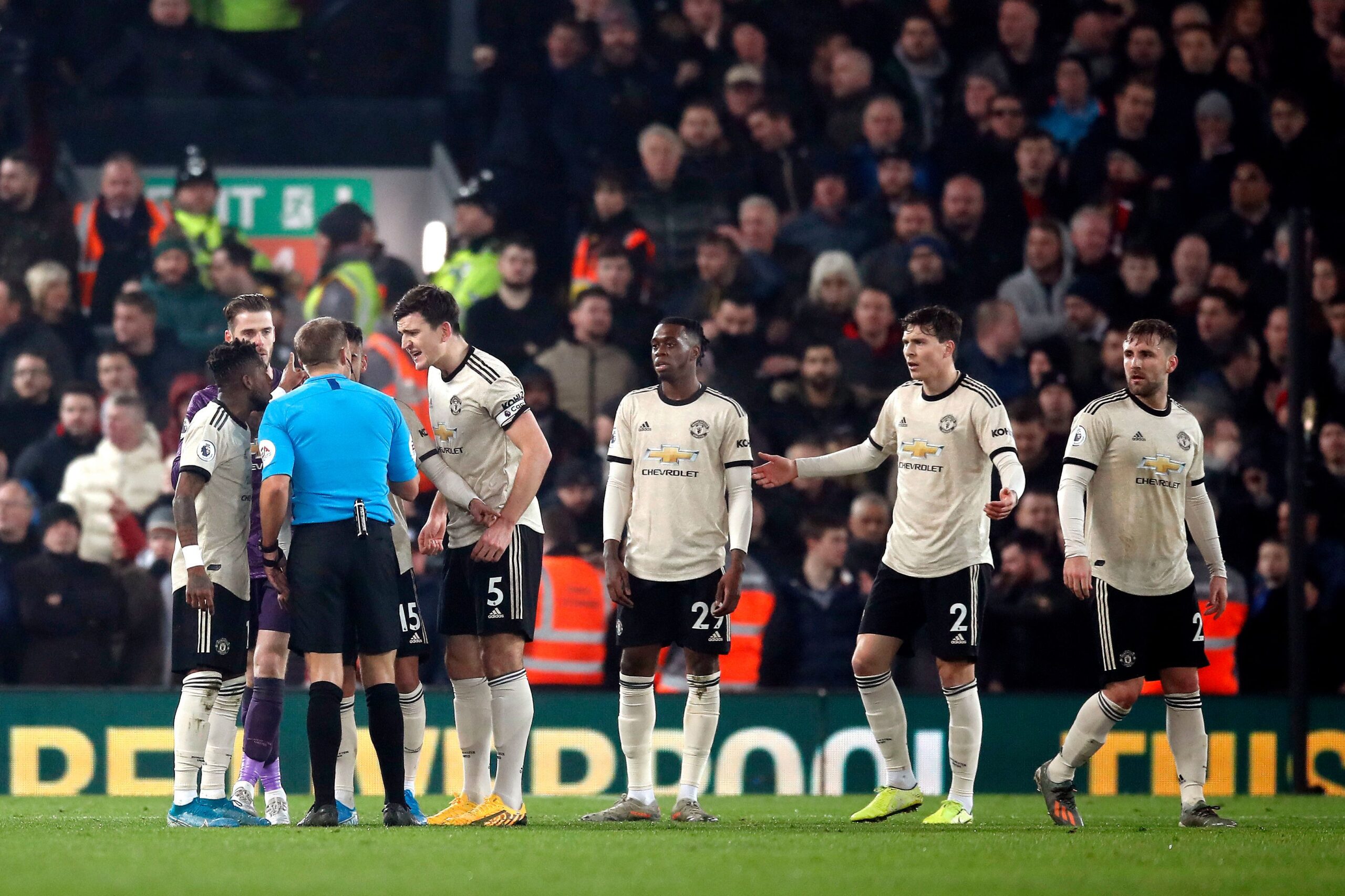 After a hugely important win on Tuesday against Wolves and another slip-up from Liverpool, Man United are now in second place, just three points off the top and with a game in hand. Momentum is now well and truly on their side and with that in mind, they don’t want to stop now.

Earlier in the season, the Red Devils had their opening game of the season against Burnley postponed and, according to the MEN, there are calls from the United dressing room for the game to be scheduled for January 11th – just six days before the meeting with Liverpool.

Both sides have a free midweek slot for the first time in a while and thinking seems to be that the players would prefer to arrive on Merseyside having played the same amount of games and with a better record over the past month or so.

Whether or not the Monday night football slot is dished out is unclear – Sky Sports would be licking their lips at the prospect, so too Neville and Carragher, no doubt. However, the lack of a midweek fixture means that the game could be played at any point up to two days prior to the derby, with similar congestion having been a staple throughout the festive period.

Despite being offered the opportunity for a full week’s rest ahead of what is already shaping up to be the biggest game of the season (thus far, at least), it would seem United prefer to keep the pushing and focus on match sharpness. As several pundits have reinforced in recent weeks, the majority of players want to play as much football as possible and this thriving United side is no different.

The date for the Burnley fixture remains up in the air due to United’s involvement in both of the domestic cups and their upcoming involvement in the Europa League, but it would seem this proposed window would suit several parties. While Ole refuses to talk too much about his side’s title aspirations in any serious manner, this voluntary challenge sends a serious message about their commitment.

Their next game is against Aston Villa on New Year’s Day, a game that will certainly test both teams, given their form this season. In contrast, Liverpool visit Southampton on Monday, who have also looked a different beast in 2020; with Klopp’s men having dropped points against the likes of West Brom and Newcastle, the results of both fixtures could have a serious impact on how the table stands.

Regardless of when the match against Burnley is set, Reds can take pleasure and encouragement from their team’s willingness to undergo added fitness demands and keep the pressure on the Liverpool. Equally, Ole doesn’t seem keen on the potential two-week circuit breaker being considered – United are clearly firing on all cylinders and would like nothing more than to keep going.

Bruno Fernandes aims jibe at media: “They want to talk when you lose and not when you win”
Bruno Fernandes insists United showed they did not learn from Leicester draw despite win over Aston Villa
To Top