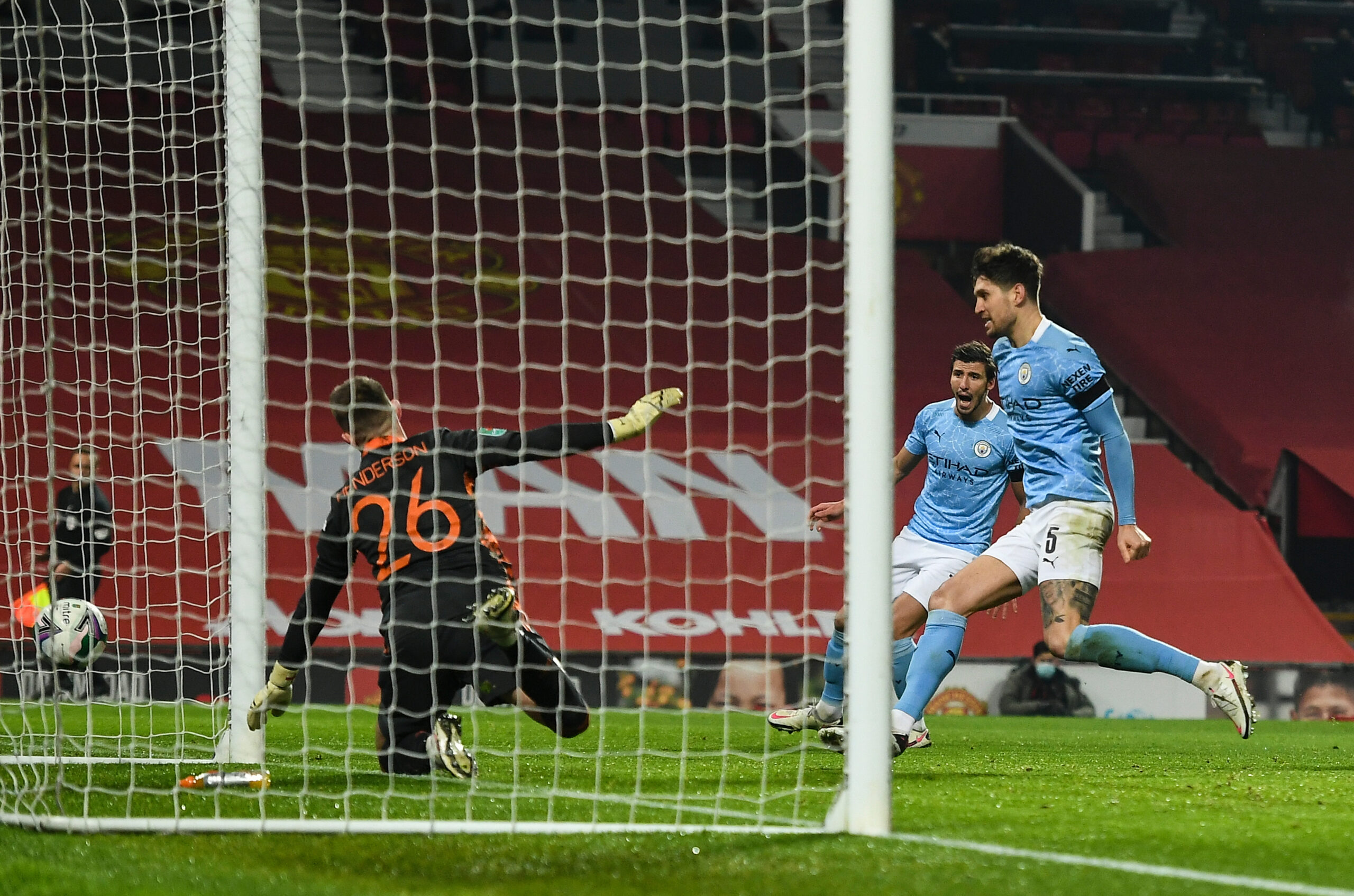 Manchester City overcame a disappointing Manchester United in the semi finals of the Carabao Cup for the second year running this evening as they ran out 2-0 winners at Old Trafford. The defeat now means that Ole Gunnar Solskjaer is winless in four semi final appearances as United boss.

In what was a game of ebb and flow, the opening 45 started at a frantic pace and the ball was in the back of the City net within two minutes after John Stones bundled a rebound past a scrambling Zack Steffen. The linesman’s flag saved the Englishman’s blushes, and it wasn’t long until it came to United’s rescue too as Gundogan turned in a Phil Foden cross from an offside position just a few minutes later.

The game quickly settled into a more sedate pace, one not too dissimilar to the one we saw at the last derby at Old Trafford just one month ago.  Bruno Fernandes, who looked very leggy from the first minute, had a decent effort from the edge of the box well saved from Steffen and Marcus Rashford had a goal bound effort blocked courageously by City defender and man of the match, Ruben Dias.

For City, although they had much of the ball in the first half, they did very little with it. Failing to create any clear cut opportunities, the closest they came to a ‘legal’ goal came via a Kevin de Bruyne rocket from 25 yards out which ricocheted off Dean Henderson’s right hand post.

In truth, both teams looked ready for the half time break after half an hour with the remainder of the first half featuring countless sloppy passes and a noticeable lack of pressing from both sides.

The second half started a lot better and the game got a much needed goal in the 50th minute and it went to Manchester City. Scott Mctominay made a needless foul on the left hand side of the pitch, allowing Phil Foden the opportunity to whip the ball in to the crowded penalty area. The ball made its way all the way over to the back post where John Stones had the simplest of tasks of nudging the ball into an empty net.

City didn’t rest on their laurels and went for the jugular, enjoying a 15 minute period of dominance where they came close on a couple of occasions to doubling their lead. First, Jaoa Cancelo saw a long range effort graze the crossbar, much to the relief of the helpless Henderson. The United keeper then made two impressive saves – first from a Raheem Sterling header and then from a fierce Riyad Mahrez strike.

After weathering the storm, United started to come back into the game and had a few half chances via Harry Maguire, who had another impressive outing, and Anthony Martial, who had another disappointing night. Although neither came close to finding the back of the net, the intent was there and gave United fans hope for the final 20 minutes.

It’s the hope that kills you, though. Another set piece and another goal for Manchester City in the 83rd minute wrapped up the game and secured their place in a fourth consecutive Carabao Cup final. Take nothing way from the strike from Fernandinho but the clearance from Wan-Bissaka left a lot to be desired.