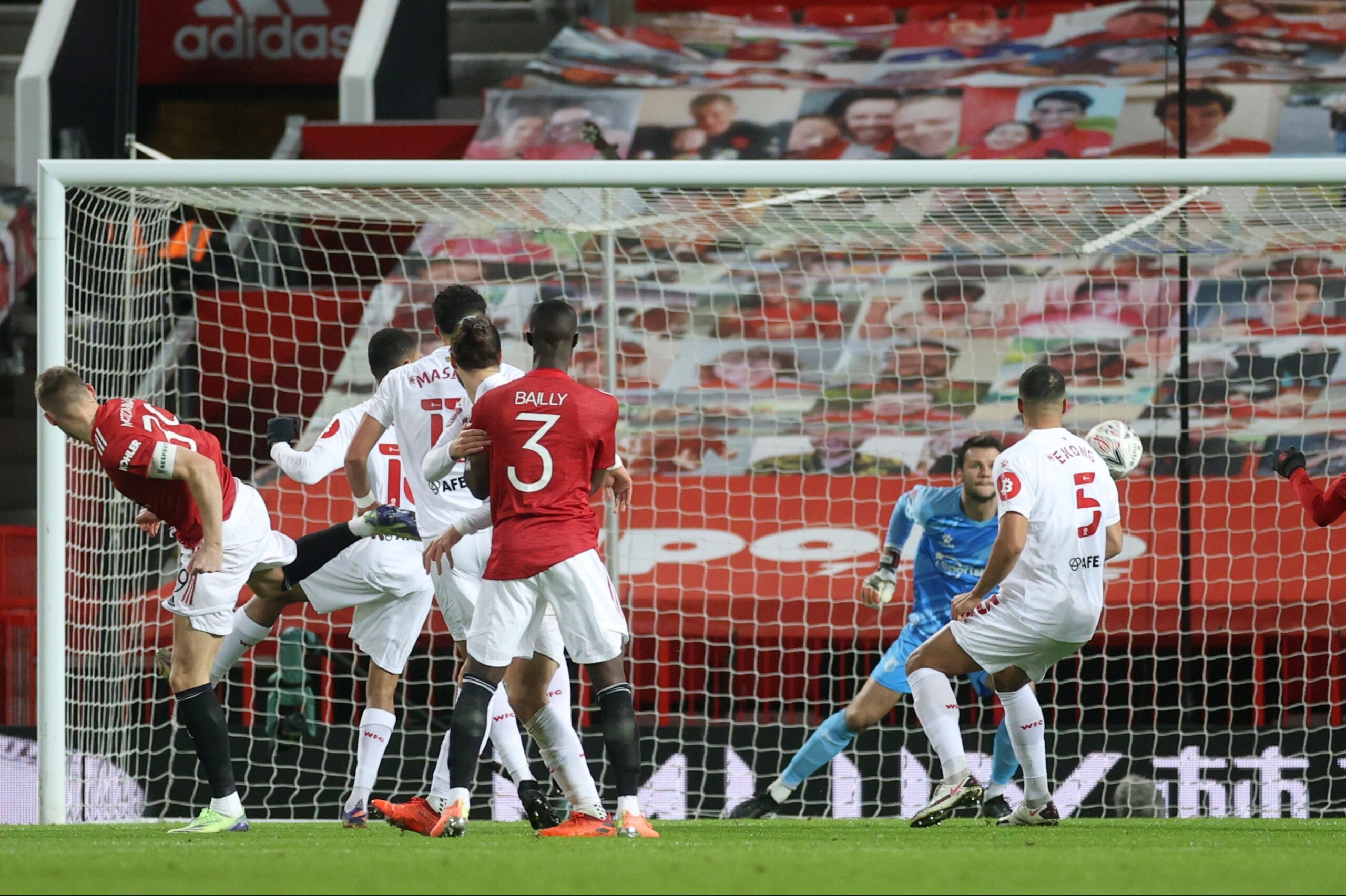 It was hardly a spectacle worthy of an Oscar, but Manchester United got the job done comfortably as they put away an adventurous Watford side 1-0 in the third round of the FA Cup.

Even though United suffered another cup semi-final heartbreak in the Carabao Cup mid week, Saturday’s match against the Hornets had little to no hints of an opportunity to bounce back. It was always going to be more of a rest and rotate kind of night.

Manager Ole Gunnar Solskjaer did just that, making nine changes to the side that capitulated 0-2 at the hands of Manchester City, with only Dean Henderson and Scott McTominay keeping their places in the side. The latter was also handed the honor of captaining the team for a first time as a result of the heavy rotation.

These kind of matches are always tough to predict, as by rule of thumb, performances are usually sloppy and disjointed when that many changes are made. But, United were surprisingly sharp and cohesive in the first half.

The Reds got off to the perfect start, with the skipper on the night nodding home expertly from a whipped Alex Telles corner. McTominay did well to lose his marker and head into the ground, towards the far corner which saw the ball bounce off the post and in.

The nerves, if any, were settled inside of the first five minutes, and from there, United were free to express themselves while controlling all proceedings.

The visitors too made a host of changes to their usual side that is battling for promotion in the Championship with seven. That too showed in their performance as the Hornets were very lethargic and struggled to find their bearings in the game at all in the first half, bar a few half chances here and there.

United did manage to force a couple of saves from the visiting goalkeeper Daniel Bachmann throughout the opening frame despite visibly taking their foot off the gas after going ahead.

The first came from Daniel James as the winger went on a marauding run down the left hand side before cutting inside and unleashing a powerful effort at goal. Unfortunately, the strike was too central and at a comfortable height for Bachmann to parry.

The second, and probably the best play of the night, came late into the half as Mason Greenwood, Juan Mata and Donny van de Beek linked up on the edge of the area.

The Spaniard and the Dutchman showed that they operate on the same wave length as they began the move before playing the ball into the feet of Greenwood and moving forward. United’s No. 9 on the night then returned the ball into the feet of van de Beek who with the cleverest of flicks sent Mata right into the danger area but unfortunately, “El Mago’s” strike just did not have enough behind it to find its way into the net.

The story of the half was another injury to Eric Bailly. Hopefully, this one not a long-term issue as the Ivorian was forced to be subbed off after receiving a knee to the head/neck area from an onrushing Henderson trying to clear the danger in the six yard box on the brink of half-time. The only slight positive is that this was not a muscle injury and Bailly looked excellent once again up until that moment.

After the break, the less said about that second half the better. United sat off and looked like they were knocking the ball around with their friends at a park, while Watford tried to battle back but didn’t have anywhere near enough quality to even test Henderson in between the posts.

The Man of the Match award went to McTominay, who only got to wear the armband for 45 minutes before giving up the duties to club captain Harry Maguire who took to the field in place of Bailly. But nonetheless, the Scot put in a great shift and really took his leadership role to heart and led by example.

Per Statman Dave on Twitter, McTominay won 100 percent of his tackles and aerials and finished the game with an 80 percent pass accuracy, three clearances and one goal to his name. A commanding display from a player that is really growing in importance within Solskjaer’s squad.

With the win, United got the job done by getting into the hat for the fourth round draw and accomplished their intended goals — for the most part. Bruno Fernandes didn’t see the pitch on Saturday, getting a well deserved rest ahead of two massive league fixtures next week. But Maguire and Marcus Rashford did come off the bench for cameos.

Up next for the Reds, arguably a season defining week in the Premier League. The Reds will travel away to Burnley on Tuesday and could go three points clear at the top with a win, before closing out the week at Anfield with a top of the table clash against Jurgen Klopp’s Liverpool.