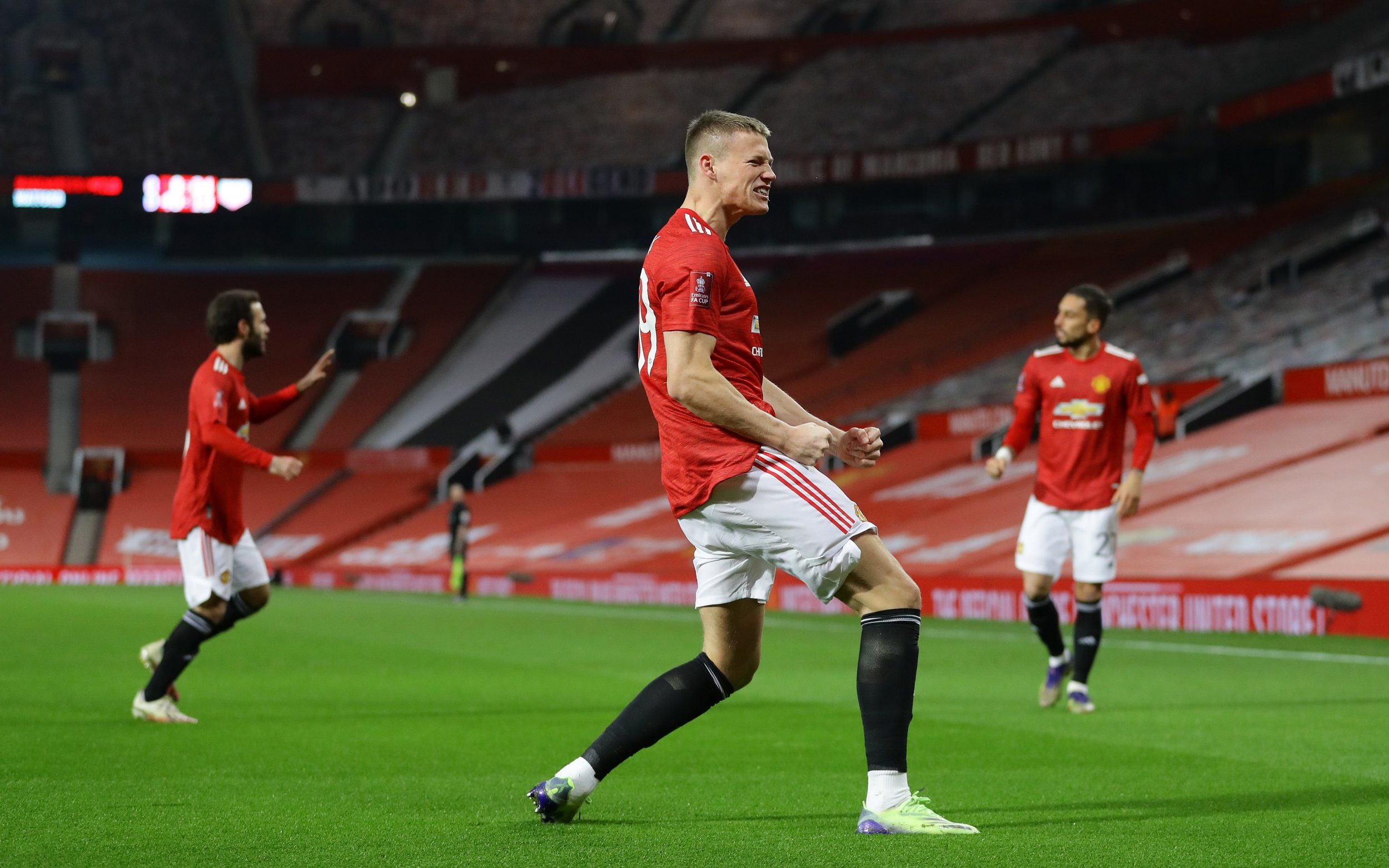 Manchester United are through to the fourth round of the FA Cup after a narrow and unconvincing 1-0 win over Watford.

Scott McTominay opened the scoring after just four minutes and it would prove to be the only goal of the afternoon as a tame United comfortably saw out the rest of the game.

Solskjær made 9 changes to the team which lost 2-0 to Manchester City, with only Dean Henderson and Scott McTominay retaining their places.

Dean Henderson – 6
Great save 10 minutes after United took their early lead – made himself big to deny Masina. Went right through Bailly in the incident which lead to the Ivorians exit but that’s what you want from your goalkeeper.

Brandon Williams – 6
A bland performance from Williams short of many highlights but a solid defensive display nonetheless.

Axel Tuanzebe – 6
Comfortable throughout, continues to show that he’s a continuing to establish himself in the first team.

Eric Bailly – 6
Came close with a header in the first half but unfortunately, once again, the Ivorian was substituted with an injury. Dean Henderson jumped right through Bailly in an attempt to clear the ball. It seems like an endless cycle for a player who has played himself into United’s first choice team.

Alex Telles – 8
United’s biggest threat for the entire 90 minutes and probably should have had a hat-trick of assists. Some fantastic corners, one of which ended up in the back of the net.

Scott McTominay – 7
Proud moment to captain United for the first time even Maguire was to step out for the second half with the armband. Occupied the more defensive role in the midfield pivot and shortly substituted at centre-back whilst Bailly received treatment.

Donny van de Beek – 6
Played next to McTominay in the midfield pivot and will naturally not be as involved as some of the more advanced midfielders but the Dutchmans flicks are something else. Nearly credited with an assist in the first half when Mata latched onto his back-heel but the effort was saved.

Juan Mata – 6
Smooth on the ball, as ever, but not much else.

Daniel James – 6
In instances, James proves that he can be a very useful squad player but then he reminds us that he’s still some way off. Inconsistent decision making but always offers an outlet for the longer, direct ball.

Mason Greenwood – 6
A start in his favourite centre-forward position but unfortunately the 19-year-old failed to pull up any trees. Prefers to have the ball at his feet rather than outwit defenders with a clever run.