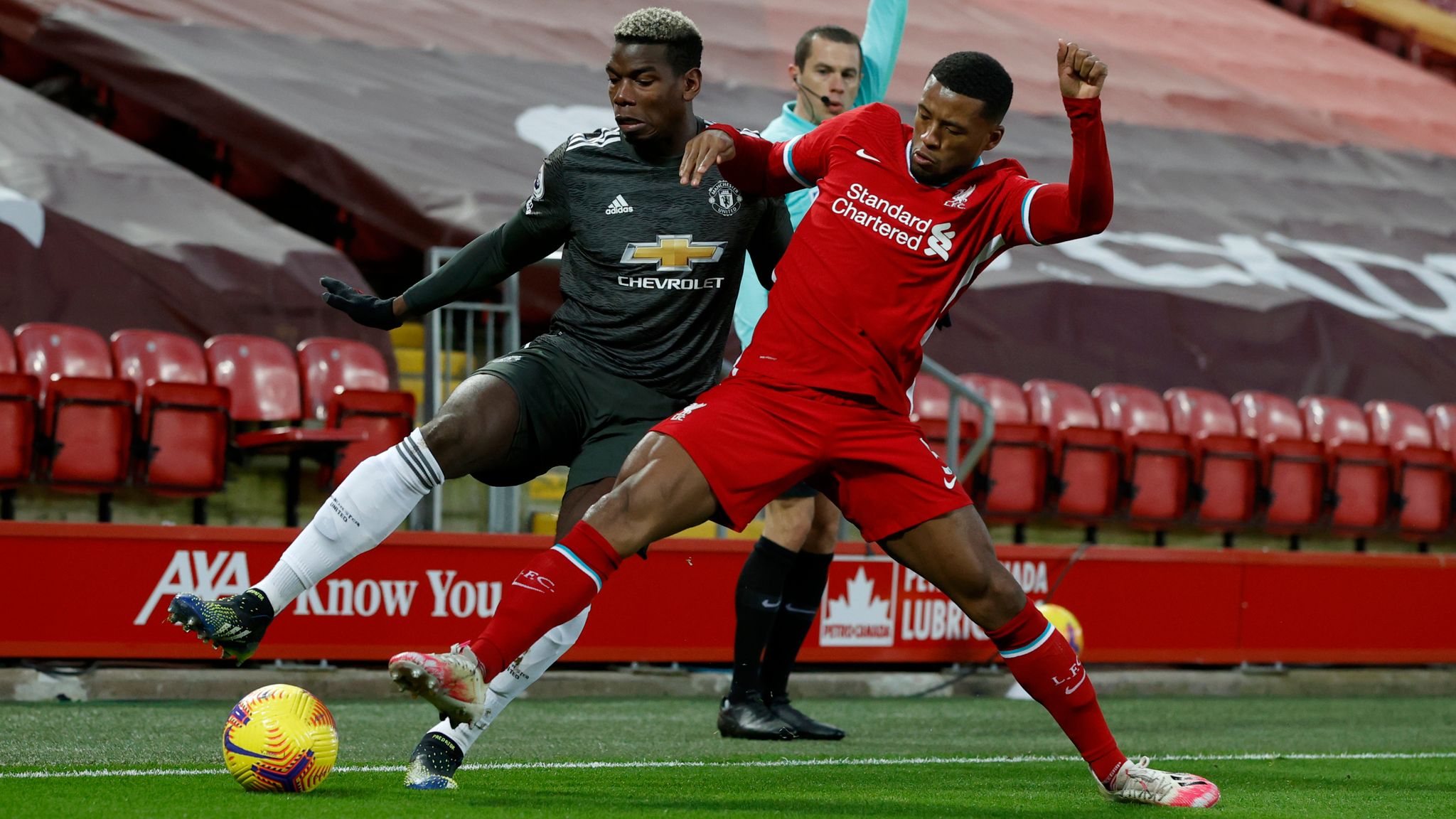 Manchester United earned a precious point at Anfield to stay top of the Premier League table, three points above their opponents, Liverpool. Bruno Fernandes and Paul Pogba had wonderful opportunities to win the game for Ole Gunnar Solskjaer, but his side will be pleased to come away with a point.

This rivalry stems back a long time. Two cities that have forever had so much competition against each other, but very similar in a lot of ways. Producing the likes of Oasis and The Beetles, it wasn’t surprising that these areas in the North-West of England fashioned two historic football clubs, who have hated each other for years.

The game in particular, had much more to it than that. In previous seasons, neither have been close to each other, fighting for different objective. However, this year has been different. United sat top, three points ahead of the champions at the summit. Solskjaer’s team hadn’t also lost a game away from home in the Premier League, whilst Liverpool haven’t lost a game at home since 2017. But perhaps the most relevant to the title race, United had the chance to move six points ahead of their fiercest rivals with a win here, whilst the latter could move to the top of the table.

Glimpses of United’s danger area aroused early in the first half, with Luke Shaw, Anthony Martial and Marcus Rashford all linking up down the left hand-channel, only for the ball to be cleared by Fabinho.

Liverpool started the game the better side, with Thiago being the main orchestrator in midfield for Jurgen Klopp’s team. United still hadn’t got into the match after the 20 minute mark and needed to create a string of passes together through the middle of the pitch. Fred and Scott McTominay started the tie quite slowly, failing to get maestro Bruno Fernandes involved as frequently as he normally does. Roberto Firmino had the first real opportunity on goal, who found space just outside the area before shooting wide.

The Merseyside men were being allowed time on the ball, Solskjaer’s team having the clear tactic of trying to play on the counterattack. However, as the first half continued, you could see Paul Pogba was struggling on the right-hand flank, predominantly acting as a second right-back alongside Wan-Bissaka.

United’s first glimpse on goal came from a dead ball set-piece. Shaqiri brought down Lukw Shaw down 25-yards outside the penalty area, where the ball was placed in position by Portuguese midfielder, Bruno Fernandes. Going close, his shot was wonderfully struck, but just drifted wide of Alisson’s right-hand post.

As the minutes drew deeper towards the half time whistle, Solskjaer’s men grew with confidence, beginning to find pockets of space with intricate passes. Every time United found themselves in decent positions, one of Klopp’s defenders pushed out of their line to bring in a foul, nullifying dangerous attacks.

Gary Neville has always emphasised one notion every time these two teams meet; ‘get through the first 30 minutes. To United’s credit, they defended well, especially on the flanks, as the wingers of Mane and Salah failed to influence the game.

Liverpool started the second half as they began the first. Both Salah and Mane found space against Shaw and Wan-Bissaka during the opening, having been caught drifting away from position, but both recovered exceptionally well and put in stellar displays.

United maintained possession better than the first interval, keeping tight, but looking to immediately hoof the ball from one end of the field to the other. A bit more composure was needed in order make more of the opportunities going forward.

When the clock went past the 60-minute mark, Solskjaer made a change to his front line. Uruguayan striker, Edinson Cavani, came on for Anthony Martial, an unsurprising change considering the Frenchman was a doubt to start before the game. What this symbolised was a change in thinking by United’s manager. Instead of making a defensive change, it was clear The Norwegian had one thing in his mind; to try and win the game.

Bruno Fernandes once again finding himself in pockets of space, but once again, his shot was scuffed and easily caught by Alisson.

A massive contrast can be seen between where these two sides were at almost one year ago. This match was tighter, more nail biting and had much more of a competitive edge. Despite no goal being struck, it felt like a split second would decide the game, repeating what Solskjaer has always said football is about; “fine margins”.

Bruno Fernandes had a glorious opportunity to put United ahead in the game, which was arguably the best chance in the game. After breaking through on the left-hand side, Rashford picked out Luke Shaw, who put a low cross into the box which found Fernandes, but his guided effort was brilliantly stopped by the feet of Alisson.

Thiago’s fierce shot outside of the penalty area came just seconds after, striking a accurate effort which was rooting towards David de Gea’s top right hand corner, but United’s keeper got a strong hand to claw the ball away.

Solskjaer opted for starting Victor Lindelof instead of Eric Bailly, which came as the main shock, to many supporters before the game. However, it has to be taken into consideration that the Ivorian’s injury record isn’t the best, so he needs to be treated with care. The Swede though, put in an excellent performance, foreshadowed by an absolutely fantastic clearance which contributed to United’s study defensive display.

Pogba had a magnificent opportunity inside the box to win the game for United, but Liverpool’s goalkeeper once again stood strong, parrying the save for a corner. Had the player, shoot either side of the Brazilian, we could’ve been talking about a very different story.

Luke Shaw was arguably United’s most standout performer in the match. He was defensively aware, dangerous going forward and positionally acute. The England defender has improved his performances massively, beginning to stamp his name every time the starting 11 is picked. He done an exceptional job in nullifying any attacks from Liverpool’s right attacking channel. The left-back had to deal with the attacking prowess of Trent Alexander-Arnold and Mohammed Salah, but he comfortably dealt with a lot of offensive chances down the flank.

Despite the chances for United to win the game, the team performed brilliantly to earn a point at a difficult ground. What it symbolised was the progression that has been made under Ole Gunnar Solskjaer as the club’s manager. With the Red Devils still top of the table, it wasn’t a disappointing result to come away with. What it certainly emphasised once again was that any team could win the Premier League this season.