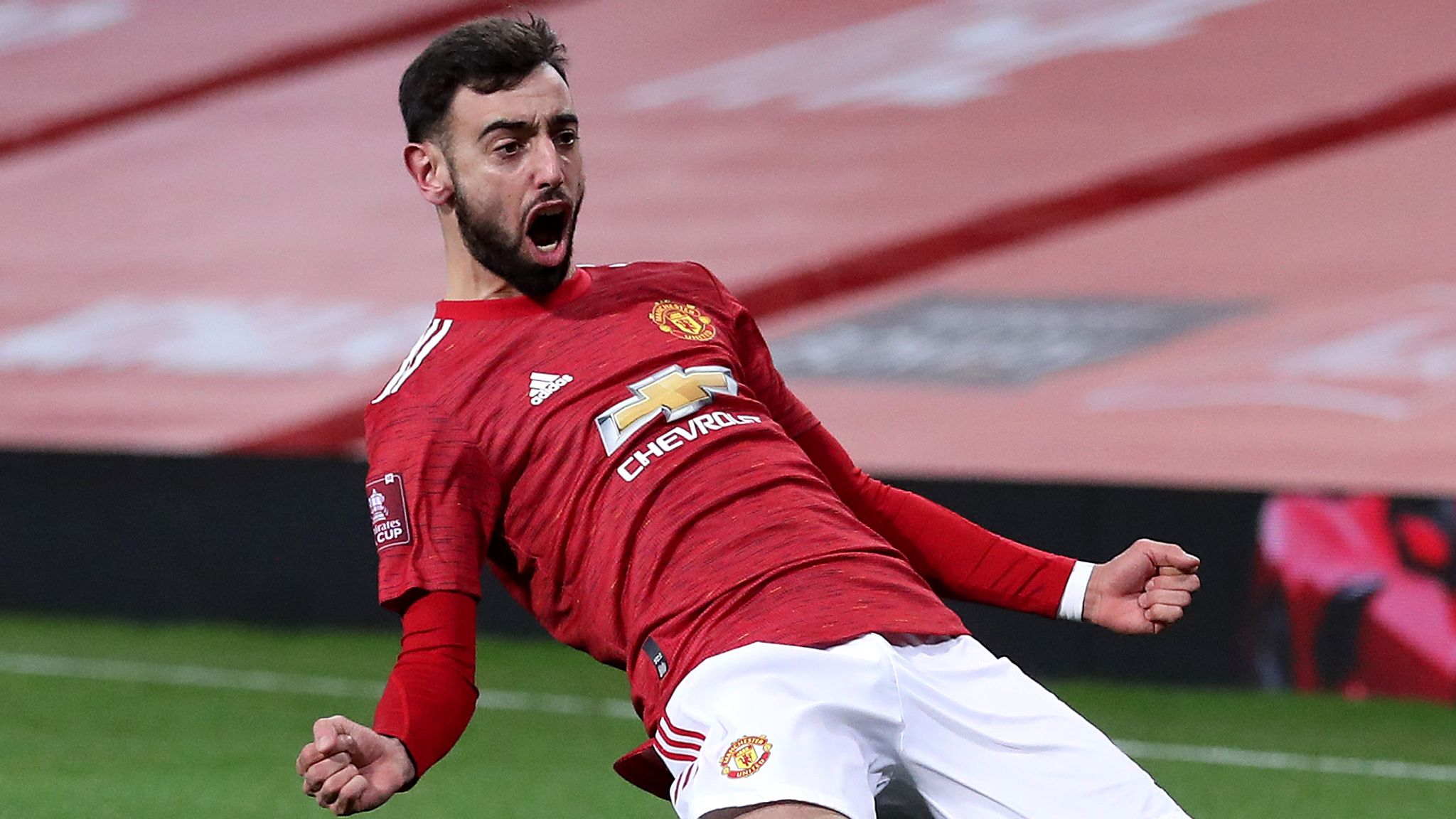 Manchester United made it to the fifth round of the FA Cup as they continued their fine form over Liverpool.

Goals from Mason Greenwood, Marcus Rashford and Bruno Fernandes ensured that Ole’s side made it safely to the next round where they will face West Ham at Old Trafford.

The manager was full of praise for the side which beat Liverpool and paid special respects to match-winner Bruno Fernandes.

“We played some really good stuff,” Solskjær said in his post-match interview. “Good goals, we have to defend well against them and we managed to react well and of course towards the end there were some moments but we kept them away.”

“When you leave him [Bruno Fernandes] out like I did today, he stayed about 45 minutes after training yesterday shooting free kicks so I was pretty confident he could score one if he got the chance.

“He’s [Bruno Fernandes] never happy with me when I tell him to go inside after training when he’s playing the next day so he got some practice yesterday [on free-kicks].

“Marcus [Rashford] has played up front, down the right and left and we felt if we could switch the ball early today we could attack them because Liverpool defend on the front foot so we have to be quick on the ball, we did that well.”

The manager also confirmed that Marcus Rashford’s exit was due to a bothersome knee: “His [Rashford] knee was bothering him so scan tomorrow and see where we are.”

Bruno Fernandes watched most of the game from the sidelines but insists that he was impressed with his teammates dominant display before his introduction.

“We played well, we created a lot of chances, pressed them more than the game in the league,” he said.

“A lot, it is dream come true to pay for this club in the Premier League,” he said when quizzed on whether his excited about what United are building.

“Everyone knows and I know now the fans are happy and will have a good week. I’m happy because we win. It’s important for us to go into the next round and I think it doesn’t matter who scores. If I score I am happy, for sure. I think we played well.

“I work a lot on these kind of goals. Free-kicks, I tried, this one was good. Edi [Cavani] before the free-kick told me ‘try a hard one on the side of the keeper’. I tried it and it went in.”