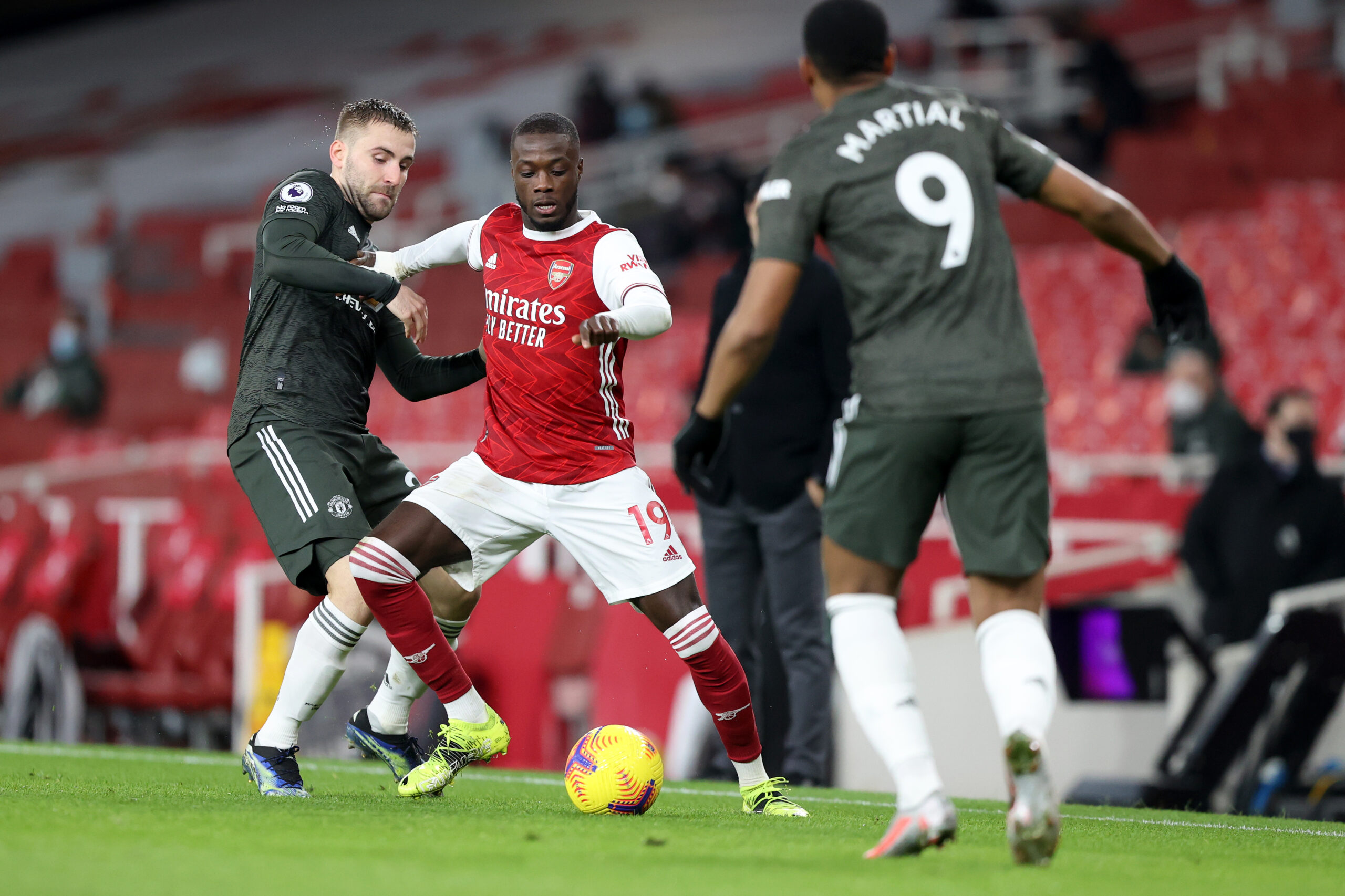 Following a shock defeat midweek, Manchester United could have really used a big bounce back win against Arsenal instead of the 0-0 draw that occurred at the Emirates Stadium on Saturday evening.

Struggling Sheffield United handed Ole Gunnar Solskjaer’s side their first loss in 14 Premier League games at Old Trafford on Wednesday and put a dent in the Reds mid-season title hopes.

With no time to sulk, United had the perfect opportunity to respond with a forever tricky trip to the Gunners who have found a bit of form of their own under Mikel Arteta of late. But in what was a big test of character for both sides, the two sleeping giants played out a stalemate.

United looked in control of the proceedings with 56% possession and the better chances but, somehow, Edinson Cavani could not find the net from point blank range on two separate occasions to tip the game in the visitors favor.

Solskjaer’s side now sit three points adrift of Manchester City in first, with the cross-town rivals boasting a game in hand against Everton to be played at a later date.

David de Gea – 7
A quiet evening for the Spaniard as the hosts did a lot of huffing and puffing but only amassed three shots on target that were routine saves for United’s No. 1.

Aaron Wan-Bissaka – 8.5
Arguably one of his more complete performances in a United jersey to date. Always assured defensively and very eager and dangerous going forward. Delivered an excellent ball into the box very late on but Cavani failed to convert.

Victor Lindelof – 8
With a lot of questions being asked of his partnership with Harry Maguire, it was another good showing for the Swede as he contributed well towards another clean sheet against a ‘Big Six’ opponent.

Luke Shaw – 8.5
The excellent run of form for the left-back continued at the Emirates. The 25-year-old looked lively and, just like his counterpart, should have had an assist from the other flank but Cavani too failed to convert his inviting cross. One of United’s top performers in recent weeks.

Fred – 7
Aside from a few typical hot-headed moments, it was a good and controlling performance for the Brazilian as the anchor of the double pivot. A little too many tentative shots though that cost United possession in promising areas.

Scott McTominay – N/A
Subbed off before half-time due to what looked like an illness/stomach problems, the Scot was having a very solid game up until that point — for what it’s worth.

Paul Pogba – 7
Started off on the wing before ending up alongside Fred after McTominay was forced off, it was a decent performance from the Frenchman but he just couldn’t find his grove going forward to help break the deadlock. Very good in ball retention.

Bruno Fernandes – 5
It was inevitable that at some point, the Portuguese superstar’s performance levels would hit a bit of a dip — especially because of the astronomic standards that he has set for himself. Well, that has been the case over the past few games and Arsenal away again was not one of his best showings — other than a few bright sparks.

Marcus Rashford – 4
United’s front line as a whole was quite disappointing, but the Englishman was probably the worst of the bunch. Found himself in some good positions but his decision making let him down time and time again and it resulted in him getting subbed off with around 10 minutes to go — something that has almost never happened under Solskjaer with United chasing a game.

Edinson Cavani – 5.5
Credit to the Uruguayan for always being on the move and getting into dangerous positions, but his finishing really let him down tonight. Could have been the match winner on a couple of occasions but failed to convert from close range.

Anthony Martial – 6
Came on for McTominay in the 37th minute but could never get himself going. The Frenchman is visibly lacking confidence and not only in front of goal anymore as all of United’s attackers have seemingly hit a poor run of form at the same time.