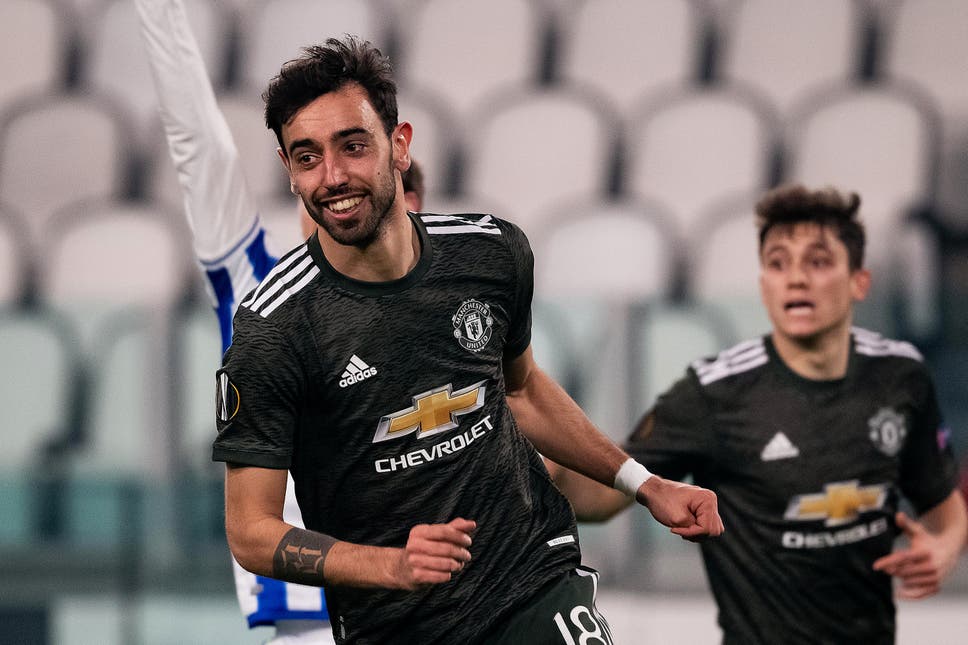 Manchester United have put one foot in the next round of the Europa Leageu after a comprehensive win over Real Sociedad.

Solskjær’s men controlled the encounter from start to finish – two goals from Bruno Fernandes were followed by strikes from Marcus Rashford and Daniel James.

Amad Diallo was handed a night to remember when he made his debut for the club and will be hoping to start the return leg, which Solskjær will now see as an opportunity to give his fringe players a chance to impress.

“The result pleased me of course. It’s about winning, we want to win the games and today everything went well,” Fernandes said after the game. “The result is in our side but we have the second leg. We still have a tough game to play at home. We need to win again to go through. 4-0 is a good result but we need to be aware of what Real Sociedad can do.”

“I was expected the touch from James to me. I think he tried to control the ball but I give him the assist,” he joked when speaking about his second goal of the evening. “Luckily for me, it was a goal. “

“I think we don’t have to look to the result, we have to look at the performance. We know we didn’t perform well in some games but in other games we played well and didn’t get the result. The most important is the result, it gives a little more confidence.

“My target is scoring the most goals that I can and obviously to assist my teammates. My position is to do that but the most important for me is to win trophies with the team.

“We were in the Champions League to win it but unluckily for us we got knocked out. We are in the Europa League now so we will try to win it.”