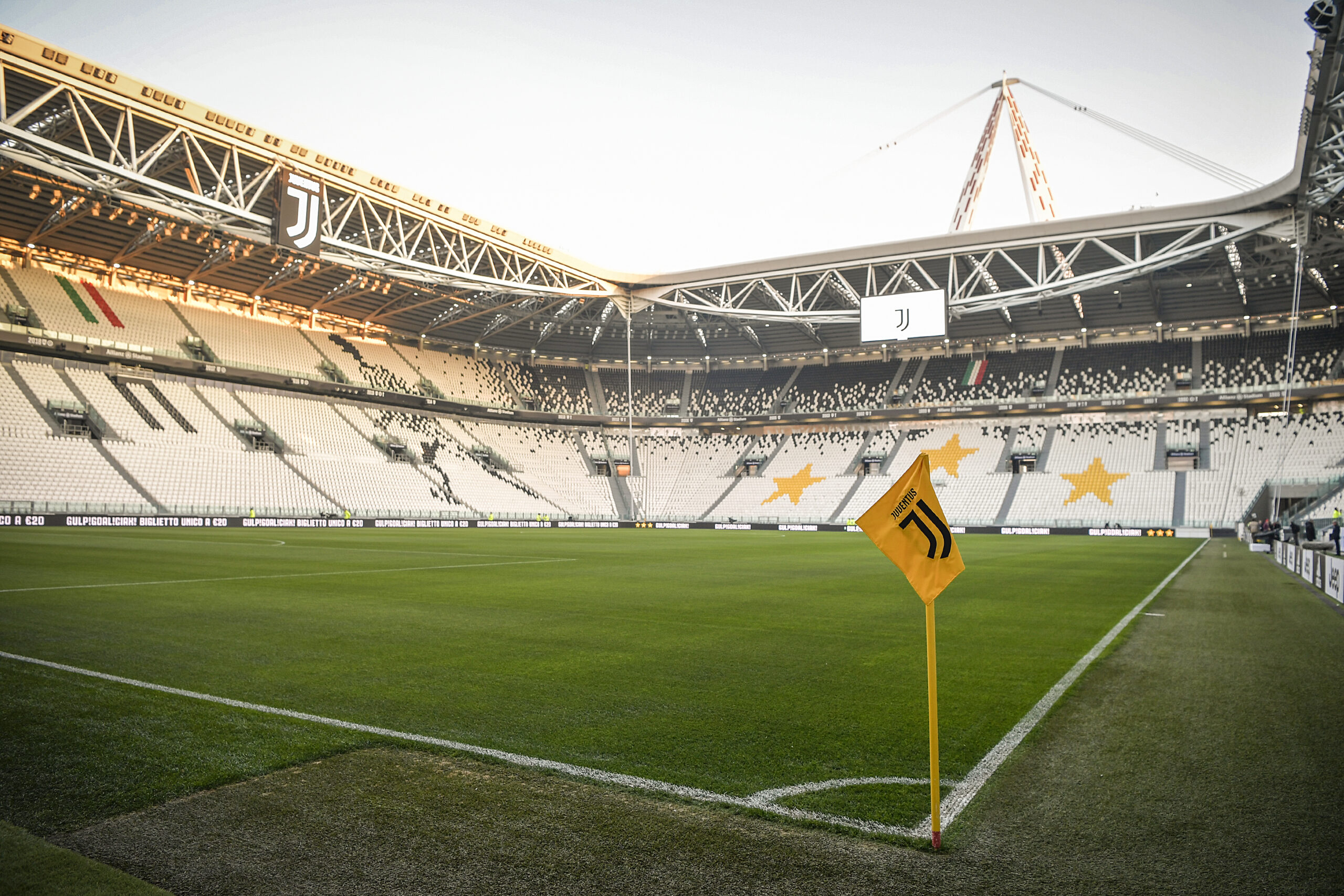 Returning to Turin for the first time since shortly before Ole Gunnar Solskjær arrived as interim manager, his opposite number, Imanol Alguacil, and co have no home advantage due to the implications of the ongoing global pandemic.

Rearranged venues are expected to be commonplace in Europe’s second-rate competition right up until the Polish-hosted final, where the Red Devils should want to be come May.

Despite being Spain’s early pacesetters, Sociedad are now looking to the Europa League as their man source for silverware this season.

Leading La Liga in the opening few weeks of the campaign, the San Sebastián-based club were flying high before the men from the Anoeta Stadium suddenly dropped off as the weather cooled.

On Sunday, Sociedad made it back-to-back league wins for the first since November with a narrow win at Getafe to follow up a 4-1 thumping of Cádiz last weekend.

Before the pair of victories, La Reales had managed only one win from their previous 11 Spanish top-flight outings as they went through a dismal winter, falling out of the Champions League places all-together

Last month, Alguacil’s side crashed out of the Copa Del Rey but having picked up seven points from three La Liga matches, there’s reason to be somewhat confident in Sociedad again.

Although results have taken a nosedive, crunching La Reales’ numbers suggest that performances are still up to scratch.

They sit 2nd in the Spanish top-flight table going by expected points and rank third-best for expected goals scored and conceded respectively.

Having scraped through their group in second place, however, Sociedad are sure to be keen on improving their European performances and let league football take care of itself.

One to watch: Alexander Isak

25-year-old Alex Remíro keeps goal, who has proven his worth as no. 1 this season with nine clean sheets from 23 La Liga games and even one penalty save.

Experienced full-backs Zaldua (28) and Nacho Monreal (34) have held down their positions lately, offering established pedigree to a youthful side.

28-year-old Zaldua is fending off younger teammate Andoni Gorosabel and so is former Arsenal man Monreal, as 23-year-old Aihen Muñoz waits for his chance to come again.

The latter has struggled with deeply unfortunate injuries over the past two seasons, so both Igor Zubeldia (23) and Martín Zubimendi (22) have deputised as defensive midfielders.

Captain Illarramendi was also a young star at the club before a big-money move to Real Madrid in 2013 didn’t work out as planned and he returned to the club of his youth two years later.

Speaking of returns, winger Adnan Januzaj is part of the Socicedad side and will face his former club for the first since since leaving for the Basque outfit in 2017.

This week, Januzaj has talked about his fondness for the place where he failed to make the grade at after showing so much promise under David Moyes in 2013/14, telling UEFA: “I love Manchester United a lot, they’re my favourite club, and even to this day I watch every single game of theirs because I love the club.

“But at the end of the day I want to play them and try to beat them, to show them also what they have missed and stuff like that.”

Januzaj became embroiled in a war of words with the man who succeeded Moyes this week, too, as Louis van Gaal emailed The Athletic to say that he has ‘absolutely no need to defend’ himself against Januzaj’s claim to the Manchester Evening News that the Dutch boss was not supportive enough.

You can read everything about the indirect spat here.

The Spanish magician spent 10 seasons at Manchester City prior to departing this past summer and managed four goals and four assists in 19 derby clashes while in England.

Silva has just one goal and two assists to his name so far this season but has helped fill the creative void at Sociedad since Martin Ødegaard’s two-year loan spell was cut short to return to Real Madrid in 2020.

Despite not being a nailed-on starter, central midfielder Ander Guevara has been included in a matchday squad as many times as any player this campaign and could feature as a rotation option for any of the trio of midfielders, such as Silva

Star man Mikel Oyarzabal, 23, was expected to miss this match, but after returning against Getafe, should take his place on the left of a La Reales’ three-man attack.

Striker William José left for Wolves in January, having been usurped by Swedish sensation Alexander Isak as the main marksman.

The former Borussia Dortmund prodigy – the club who still have a buy-back clause for the 21-year-old – has directly contributed to seven goals in his last five La Liga games, proving his prowess as someone who can lead the line.

On the right to complete the trident, Portu generally beats Januzaj to selection and the small Spanish wide man is building on a campaign in which he hit 15 goal contributions, as he’s currently on eight.

Teenage starlet Ander Barrenetxea is also capable of playing out wide and striker Jon Bautista potentially replacing Isak if Alguacil rotates using some of the players that we’ve previously mentioned.

“We are seeing a very different Man United now [compared to recent years]. Much more powerful, much more competitive. We’ll have to see. It’s a different team altogether.” – Imanol Alguacil

Out of the Championships League at the group stage once again and Premier League title hopes all but dreams at this point, United certainly need to win a trophy this term to call it a successful season.

Solskjær’s side crashed out at the semi-final stage last season but will be looking to at least go one better this time out.

Sevilla were victors on the night back in August, extending the Red Devils’ struggles against Spanish sides to nine games without a win since a 1-0 semi-final victory over Celta Vigo in 2017.

Although, that defeat was United’s sole loss in their last 16 Europa League knockout matches, as as the Red Devils have won 10 and drawn five following crashing out to Liverpool in 2016 under van Gaal.

The last time United travelled to Turin was for a 1-2 comeback win in November 2018, with some vintage José Mourinho antics capping off a memorable night.

The Red Devils’ last meeting with Sociedad themselves was in November of 2013, as they endured a goalless draw in Spain following a 1-0 home win during the group stage.

Dean Henderson is likely to regain his place between the posts, giving him another opportunity to oust de Gea as first-choice.

Winger Amad Diallo has traveled, along with youngster Shola Shoretire, as the pair look to make their senior debuts for the club, if needed, or simply gain more experience on the road.

Juan Mata has also made the trip having been out of a training for a while due to unknown circumstances and is expected to be involved.

Mason Greenwood joined Ole Gunnar Solskjær in his pre-match press conference and could potentially start up front, with a muscular injury ruling Edinson Cavani out and Anthony Martial being tagged a doubt.

Donny van de Beek will also miss out on returning to a ground he’ll remember fondly, as Ajax toppled Juventus during their fairytale 2018/19 Champions League run.

Scott McTominay is another doubt but like Martial, is with the squad.

The idea of resting Bruno Fernandes becomes riskier every time he doesn’t feature, with a significant drop-off becoming clearer.

It’s also due to the Portuguese’s constant impact when he does play, displayed at the weekend with a stunning strike in a flat performance.

Although a score draw would be a suitable result going into next week’s second leg, Sunday’s draw at Bromwich Albion means the Red Devils are in need of a boost.

“They [Real Sociedad] have got some top players, some very experienced players and some very good ones. So we have to play at a high level to get a good result, of course we do because the Spanish league is also a quality one.” – Ole Gunnar Solskjær