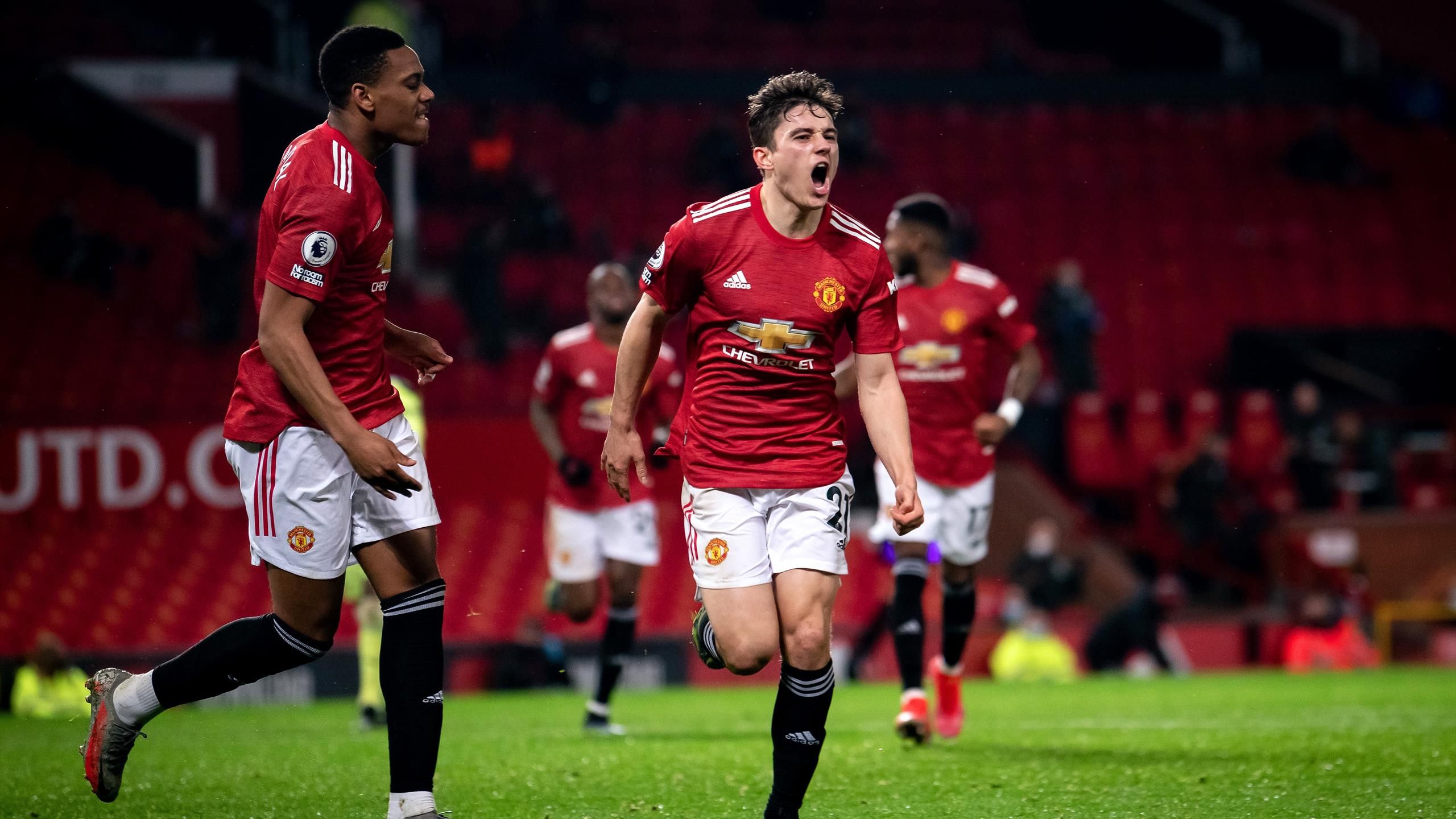 Manchester United moved six points clear of dropping out of the Champions League places with victory over Newcastle but were made to work hard for all three points.

The home side started slow but took the lead through Marcus Rashford who cut back to his right foot and leathered the ball past Karl Darlow at his front post.

It wasn’t long until the visitors equalizer, however, as Saint-Maximin caught onto a loose ball to even the scores.

Daniel James put the Reds back in front before Bruno Fernandes scored United’s third, slotting past Darlow from 12 yards.

The trip to Turin earlier this week saw Amad Diallo make his debut for United and there was another debutant tonight, when 17-year-old Shola Shoretire made his maiden appearance.

“People say I haven’t played so much recently but I am just working as hard as I can when I do play,” James said after scoring in three consecutive appearances.

“It is a turnaround [for me]. There was a moment last season when I maybe was not performing as well as I wanted to do. I have just been working in the training ground as hard as I can.

“I kind of lost my way a bit. I have been working with the coaches to get me back to myself and I’d like to think I’ve got there now.

“Every time I play I give my all, the gaffer trusts me and a lot of things I have been working on in training are coming off.”

The manager praised James’ work ethic after the game and he will feel that his trust in the winger has been justified.

“He [James] never disappeared. He has been working hard behind the scenes and always been available. He is always a player you can use in different areas with his energy and pace,” Ole said.

“We work with him [James], we try to help everyone but of course Dan came from the Championship, he hit a few goals in the first games and it is bound to take some energy from you.

“He [James] has knuckled down and really worked to get back to full fitness but maybe more so confidence, to believe in himself.”

It was James who got the all important goal to put United ahead again but Solskjær insisted that the performance wasn’t up to scratch for large parts of the game.

“We had to up the tempo a little bit, especially in the last third and I felt we managed to do that. It is always difficult to get going after an away game in Europe.

“Even though we dominated possession and had a lot of the ball we couldn’t create many opportunities. I felt in the second half we found our positions better.”