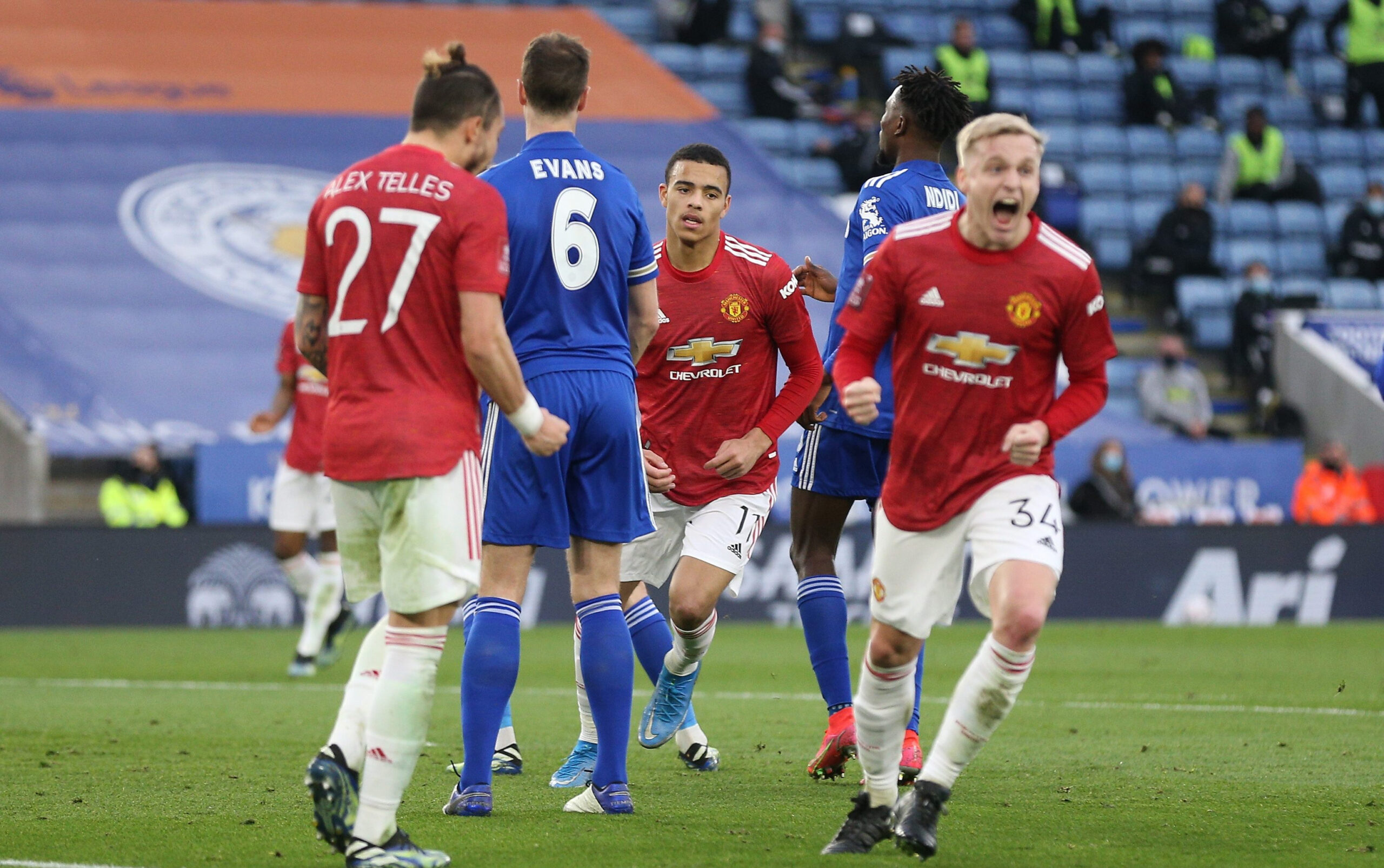 Manchester United are out of the FA Cup after a 3-1 loss to Leicester at the King Power Stadium. Two goals from Kelechi Iheanacho on either side of a Youri Tielemans strike ensured that the Midlands club soared through to the semi-finals at Wembley.

Mason Greenwood equalized in the first half but Solskjær’s side didn’t turn up and showed signs of fatigue. The exit leaves the Europa League as United’s only chance of silverware this season.

Dean Henderson – 4
That’s the sixth start on the spin for Henderson and he’s done very little to convince Solskjær that he is United’s next long-term goalkeeper. Should be saving Leicester’s second goal.

Aaron Wan-Bissaka – 6
Decent across the board but nothing to write home about.

Victor Lindelöf – 5
Stood off Tielemans for way too long but that was the only occasion United were found out from open play.

Harry Maguire – 5
Like his partner in central of defence, didn’t do much wrong but let himself down on a few occasions. Not the ideal way to end a fantastic run of form before an international break.

Alex Telles – 6
Player a part in United’s goal can’t be blamed for anything defensively but it is clear that Luke Shaw is missed anytime he’s not on the pitch.

Nemanja Matic – 4
Completely overrun but that is what happens when he’s asked to press all over the pitch.

Fred – 3
Wow – the Brazilian paid tribute to some of the form he showed in his first season. He recovered slightly in the first half but it really was a night to forget for Fred.

Donny van de Beek – 6
A rare start but a welcomed return to fitness, Solskjær will be needing the option in the final stretch of the season. Not overly impressive but played a part in the goal with a clever overstep.

Paul Pogba – 6
Unfortunately fitness didn’t allow Pogba to play the entire 90 minutes but United look much better with him on the pitch. Sent Fofana to the shops before assisting Greenwood.

Mason Greenwood – 7
Got the goal his performances have deserved. Should not have been on the losing team.

Anthony Martial – 5
Anonymous for most of the game.

Substitutes
Bruno Fernandes – 6
Couldn’t have done much more than he did.

Edinson Cavani – 6
Looked like a player who has barely featured in recent weeks but United’s lack of offensive intent didn’t help.

Scott McTominay – 3
Added energy and not much more. One of his worst performances this season.

Luke Shaw – 6
The spaces were there but United insisted on playing down their right-hand side.

Amad Diallo – N/A
Not enough time on the pitch.