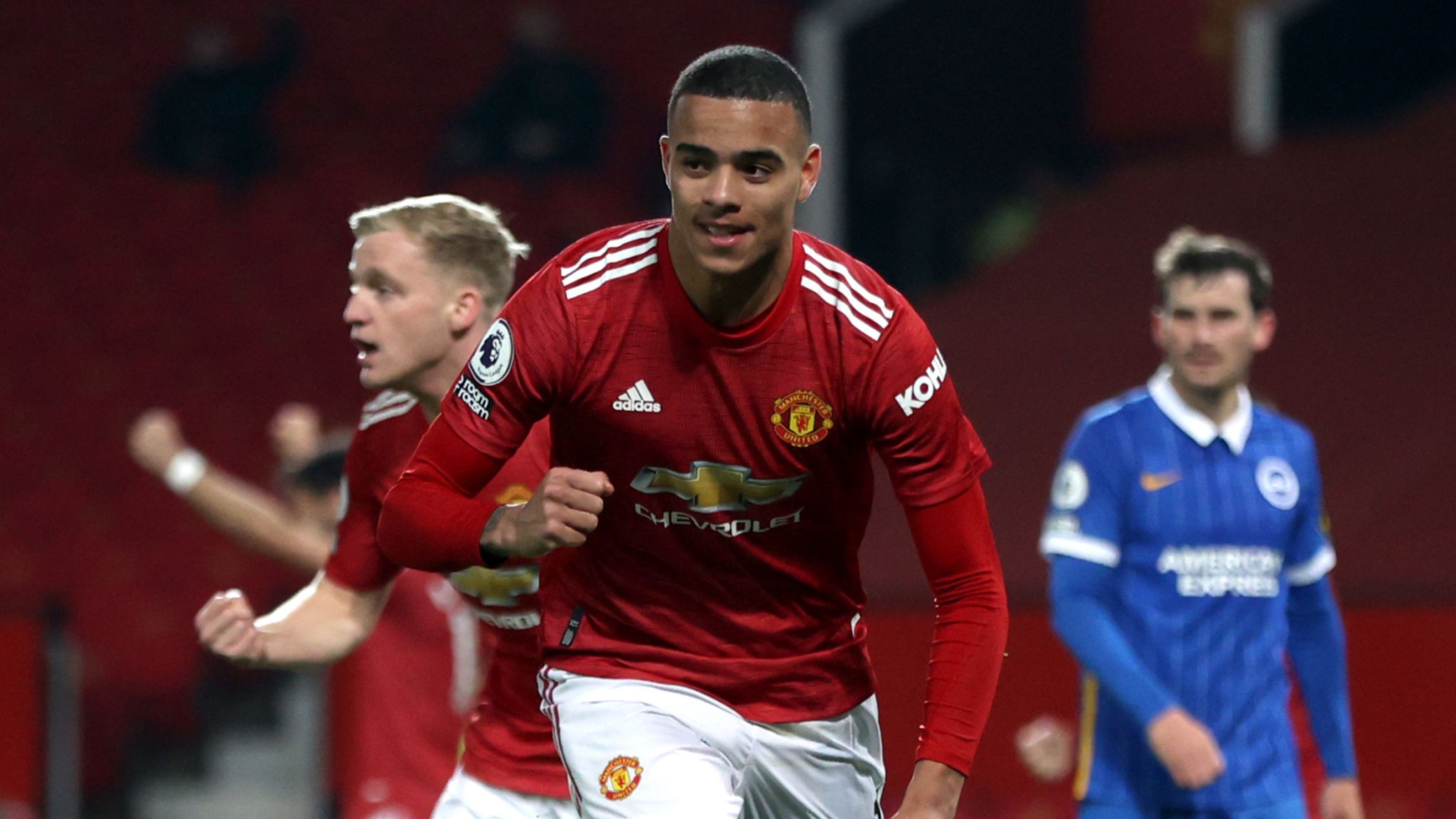 On an overcast Sunday evening at Old Trafford, Manchester United badly needed a win against the struggling Seagulls of Brighton in order to get some separation on the chasing pack below.

Fellow Top 4 aspirants in Leicester and Chelsea both suffered defeats this weekend, meaning a victory would put Ole Gunnar Solskjaer’s Reds four points ahead of the Foxes in third and 11 points clear of fifth placed Tottenham.

It was a rather rusty return to club football on the red side of Manchester though as Solskjaer’s side fell behind courtesy of a Danny Welbeck goal after a promising start to the game. Following the opening 15 minutes, United looked really uninterested and out of it.

But after a half time regroup, the Reds came out with a bit more intent and managed to steal all of the three points thanks to goals from two other academy graduates. Marcus Rashford drew the hosts level with a neat finish off a Bruno Fernandes assist and Mason Greenwood returned to the Premier League scoresheet with a clever header from inside of the box.

Dean Henderson – 6
Getting the nod over David de Gea, the Englishman didn’t do much wrong and couldn’t have done anything about the visitors goal as it was a rebound following a great initial save. Not much work to do otherwise.

Aaron Wan-Bissaka – 5.5
The right-back was a little frustrating going forward but he did get into good crossing positions which is worth noting. Lost an aerial duel with Welbeck which resulted in the away goal.

Victor Lindelof – 6.5
Struggled aerially at times but was good as always on the ball. Could have maybe positioned himself a little better for the visitors goal.

Harry Maguire – 7
Defensively sound, won his duels and tried to push things forward when United looked the most lax.

Luke Shaw – 7.5
Another solid performance from one of United’s chief creators this season. Good on both sides of the ball and instrumental in creating the winning goal.

Fred – 7
It was a quiet performance on the ball but very valuable contribution off the ball in disrupting the well organized Brighton attacks and winning the ball back.

Paul Pogba – 6
Not the best of games for the Frenchman who still looked a little out of rhythm in terms of match sharpness. But a player of his quality can provide the X-factor moment at any time, and so he did for the winning goal.

Bruno Fernandes – 7
Probably United’s best and most lively player in a very poor first half. Provided a great assist for the equalizer and a key figure in the build up for the winner. Influential.

Mason Greenwood – 7.5
Forced out wide with the return of Cavani, he tried his best but had a frustrating first half. Hit the post. Went on to score the winner when the Uruguayan got subbed off and he got to play centrally with a proper striker’s goal.

Marcus Rashford – 6.5
A bit of a frustrating performance other than the exquisite finish to bring the Reds level. Looked uncomfortable at times, visibly carrying a knock.

Edinson Cavani – 4
A poor performance from the striker. Didn’t hold the ball up well and gave it away quite a lot. Perhaps lacking match sharpness too.