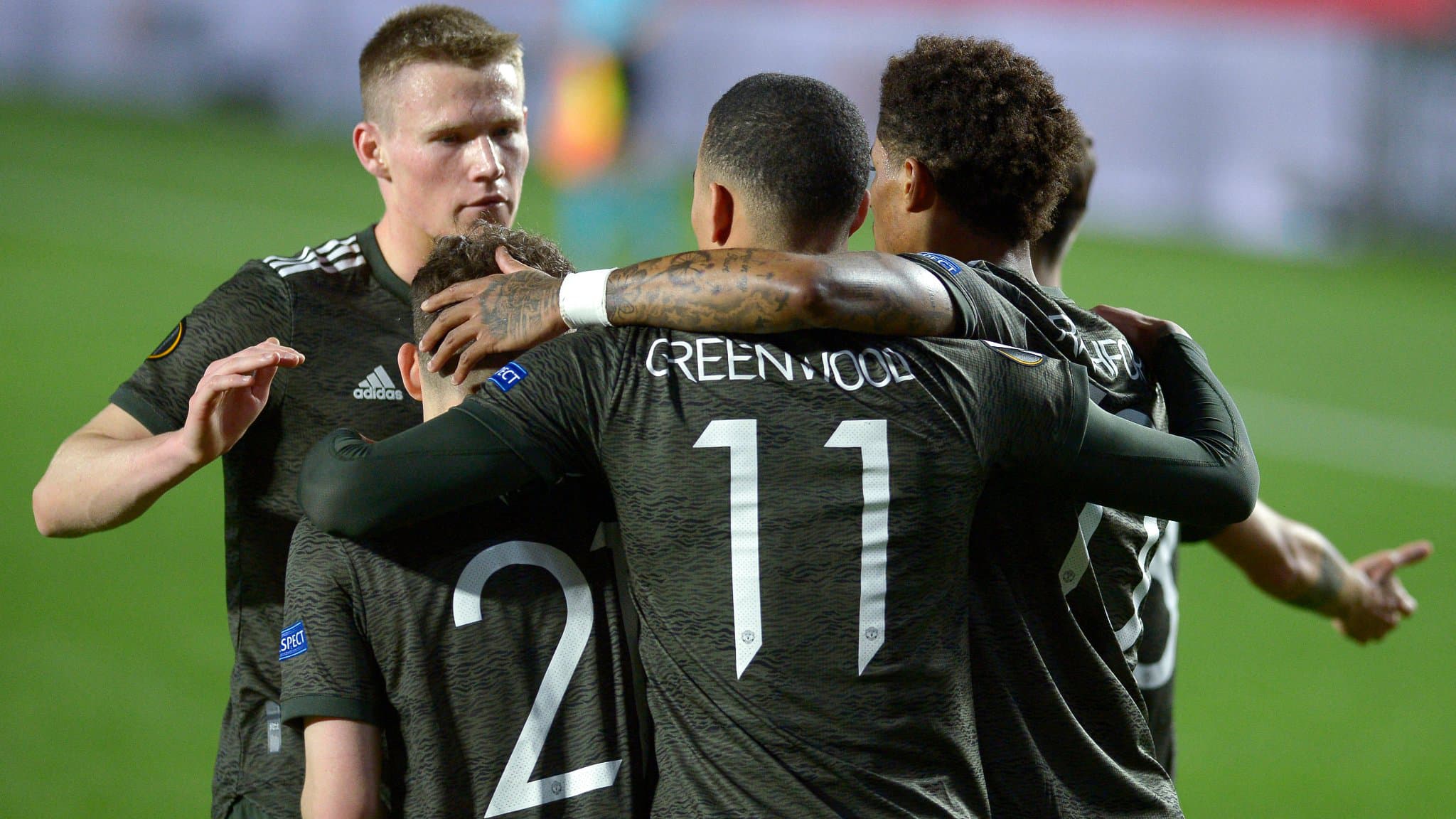 Manchester United have one foot in the semi-finals of the Europa League after a 0-2 win at Granada. Marcus Rashford opened the scoring with a beautiful goal after half an our, his 20th of the season.

The home side battled hard in the second half but struggled to create any chances and a late penalty from Bruno Fernandes gave United the 2-0 lead to bring back to Manchester.

David de Gea – 7
Mostly just had to save long-range efforts from the hosts but handled them all well. Did he do enough to earn himself a start at the weekend? Only time will tell.

Aaron Wan-Bissaka – 7
Granada put him under pressure but nothing he couldn’t handle comfortably.

Victor Lindelöf – 8
What a beautiful 70-yard pass to put Marcus Rashford through. It’s the second time the pair have combined for a goal this season and they’re almost identical. Continued his good form.

Harry Maguire – 7
Misjudged the flight of the ball on one occasion but almost flawless once again from the skipper. A near perfect run of form since the turn of the year now and one of United’s most important players. Booked and suspended for the return leg.

Luke Shaw – 5
Booked in the first half which meant suspension for the return leg – not an enjoyable afternoon for the left-back. Replaced by Alex Telles at half-time.

Paul Pogba – 6
Started poorly but grew into the game and dictated United’s possession – replaced by Nemanja Matic 15 minutes from time.

Daniel James – 6
Became more effective later in the game when the hosts pushed higher but struggled for the most part.

Bruno Fernandes – 6
Kicked all over the pitch but never stopped trying and ran himself into the ground, as we’ve grown accustomed to by now. His incredible hard work paid off in the end as he won a penalty and converted it. Rui Silva in the opposing net got a strong hand to it but let it slip beneath him.

Marcus Rashford – 6
Got just over an hour under his belt after surprisingly being included in the starting team. Scored a wonderfully taken goal after latching onto a beautiful lofted ball from Lindelöf. Replaced by Edinson Cavani.

Mason Greenwood – 7
The teenager’s hold-up play has vastly improved since last season and is in good form. He struggled to make a difference tonight but impressed with his ability to recycle the ball under pressure.