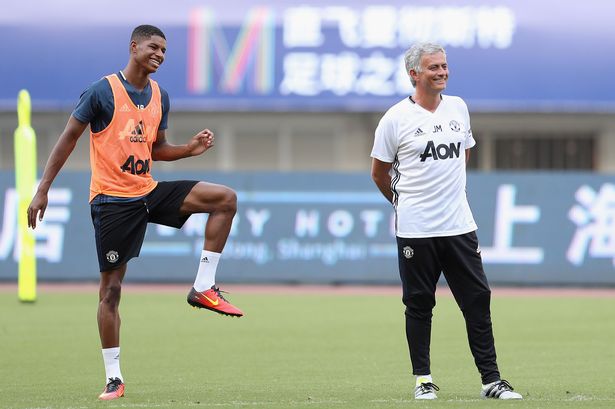 Marcus Rashford has revealed the differences between José Mourinho and Louis van Gaal’s training sessions, and despite having to adjust for the new boss, insists everyone is enjoying life under the new manager.

Rashford made his first team debut under Louis van Gaal, and has since gone on to be one of the most promising youngsters in world football.

The 18-year-old spoke about how the two managers differed in the way they made the team train.

“Van Gaal’s sessions are directly related to the games, whereas Mourinho is more about making players complete players,” he told Soccer AM.

“They are different and take getting used to, but everyone is relishing it.”

United have had a pretty inconsistent season so far, yet came off the back of their last Premier League game 4-1 winners over champions Leicester, giving reason to believe Mourinho is doing something right.

United’s next game is against Stoke City on Sunday, and Rashford will be hoping to add to the goal he scored last weekend against the aforementioned Leicester.