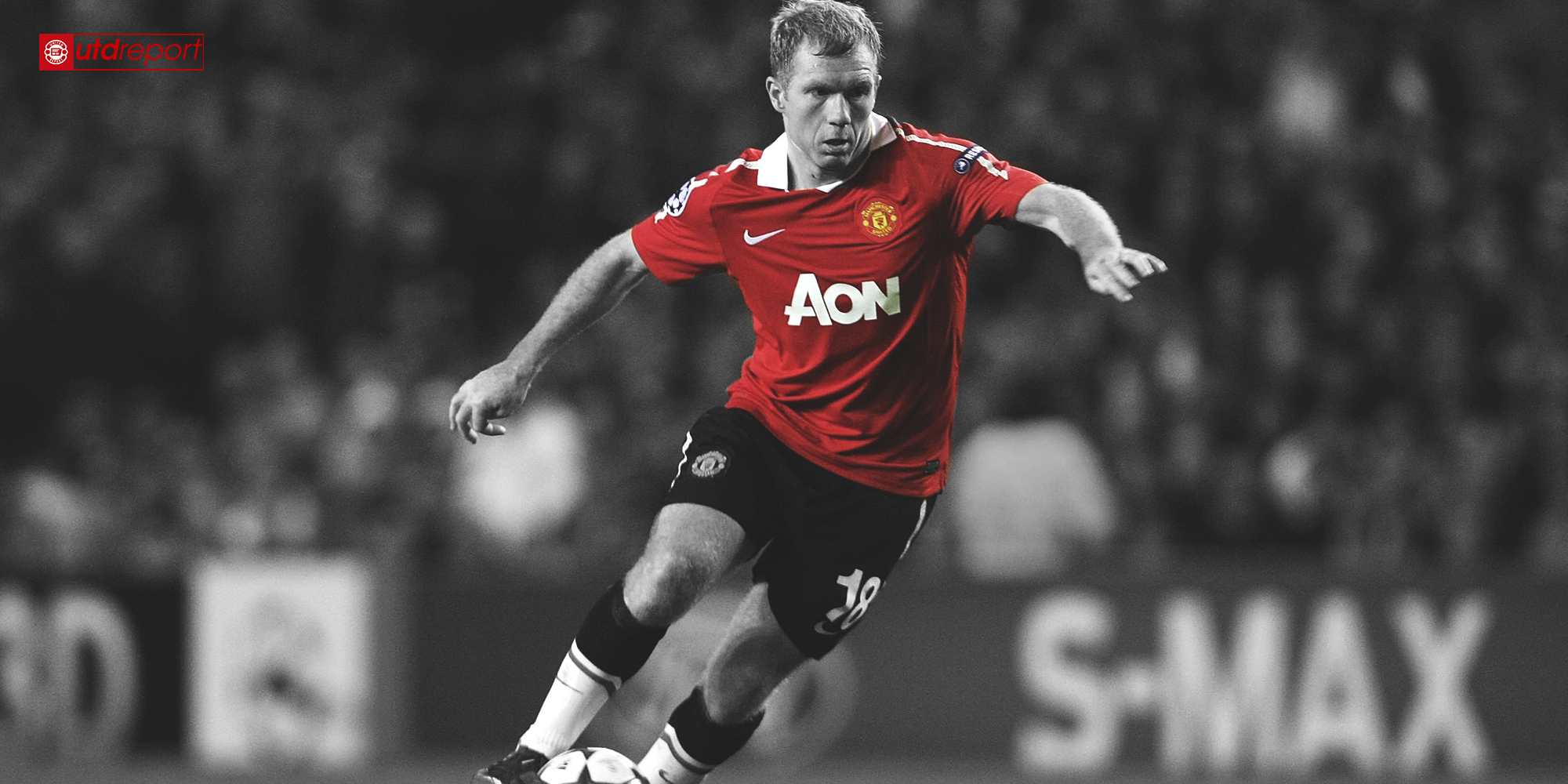 The varied masses of Football Twitter were, just a few weeks ago, treated to a thread that seemed to divide the footballing world. A Chelsea fan by the name of Ollie (@BehanCFC) went to great lengths to try and prove that Paul Scholes, the ginger ninja himself, has falsely, and only in retrospect, been lauded with the praise that is now commonplace. In the spirit of the post-truth times we live in, this article will explore whether Scholes has been the beneficiary of Stalinesque revisionist history or indeed whether he is the understated genius that United fans worldwide believe him to be.

The evidence given: Scholes never won the Manchester United Player of the Year award, Premier League Player of the League Award or achieved a podium finish in the Ballon D’Or as opposed to the likes of Steven Gerrard and Frank Lampard.

In truth: By nature of his playing position, Scholes is at a disadvantage when it comes to individual accolades. These awards have a perchance of being bias towards goal-scorers due to the glory they immerse themselves in by virtue of their goal-tallies. One only need look at the list of players that have beaten Scholes to the Manchester United Player of the Year award to understand this. This list contains the likes of Ronaldo, Rooney, van Nistelrooy, van Persie and Cantona in the years of Scholes’ career alone. If the presence of these names does not convince you of the illegitimacy of using this award to define importance, there are some notable absentees to the list of players to receive this award: Andy Cole, Dwight Yorke, Jaap Stam, Peter Schmeichel, Edwin van der Sar and Dennis Irwin were all vital players to United’s great sides, with many of them forming part of the spine of a treble-winning side yet their importance to their sides is not in question.

The absence of this particular award is more than subsidised by his presence in the best XI’s at the Premier League’s 10th and 20th season celebrations, placed there by a joint panel of fans and expert judges including journalists. So despite “never being the journalists, fans or player’s PoTY”, it seems that Scholes does hold the respect of at least the former pair.

The evidence given: United attempted to replace him with the likes of Juan Sebastián Verón.

In truth: The 2001/02 season was one of tactical change for Manchester Untied with Ferguson opting from the start of the season for a 4-4-1-1 with an attacking midfielder playing off the main striker, usually Ruud van Nistelrooy. Scholes, having started his career as a striker and then moving back into midfield, was, in fact, the only player truly capable of playing this attacking midfield role until the signing of Verón in late August 2001. Under this new tactical system, both Scholes and Verón played in both the central-midfield and new deep-lying forward role in the course of the season. It seems that, rather than be a replacement for Scholes, Verón was signed as a player who can fill a role that Scholes had left vacant by being deployed further up field. It is also pertinent to mention that in this season, Scholes played in a career-high 35 league matches. If Ferguson was trying to replace him, wouldn’t logic suggest that he would find himself benched?

The evidence given: Scholes was dropped in the 2009 Champions League Final because Ferguson knew he was a liability.

In truth: Scholes was indeed on the bench for the 2009 Champions League Final but the reasoning behind this is tactical rather than because picking Scholes was some sort of suicide. Barcelona, at this time, were famed for the running ability of their front-three of Eto’o, Henry and Messi and Ferguson, as many managers do in big games such as this, decided to play the opponent rather than play the game. In this spirit, he picked a mobile midfield trio of Anderson, Carrick and Giggs in order to be able to track the trio in a way that the 35-year-old Scholes no longer could. As for the assertion that Scholes was dropped for Ji-sung Park, it is perhaps worth noting that Park was employed on the right-hand side of the wing rather in the centre, where Scholes was mostly deployed at this point in his career.

The evidence given: Scholes alleged respect from his fellow players comes from “sourceless quotes”

In truth: Assuming this is a reference to the quotes from Pep Guardiola and Xavi Hernandez citing Scholes as the best midfielder of his generation, these quotations come from interviews from before the 2011 Champions League Final and after the latter’s retirement from international football. He has also received praise from Thierry Henry, George Best, Ronaldo, José Mourinho, Cesc Fàbregas and Lionel Messi to name a few. In defence of the aforementioned Chelsea fans, there is a quotation from Zinedine Zidane stating that Scholes was the French midfielder’s toughest opponent that seems to be fabricated but that doesn’t take away from the eclectic nature of the respect that he has commanded from his fellow players.

The evidence given: Scholes was forced out of the England set-up by Eriksson by being pushed out wide in favour of “younger, greater” midfielders in Steven Gerrard and Frank Lampard.

In truth: Scholes was played out wide in his final England appearances but that demonstrates his versatility more than anything and he has since stated in his autobiography that his England exit was influenced rather by the selfish nature of the so-called golden generation of England players including Gerrard and Lampard. Scholes importance to the England set-up can be also seen in that 8 years after his retirement, England, under Fabio Capello, tried to coerce Scholes out of retirement.

The evidence given: Scholes never “dragged his teams to glory” in the way that Gerrard and Lampard did in Istanbul/Bolton respectively.

In truth: Simply put, his man-of-the-match performance against Barcelona meant the difference between United’s third European crown and an agonising semi-final exit. United fans worldwide will have THAT goal etched permanently onto our collective footballing memory.

It seems, despite the initially compelling evidence put forward in the initial thread, at closer examination, Scholes’ reputation is more solid than once thought.