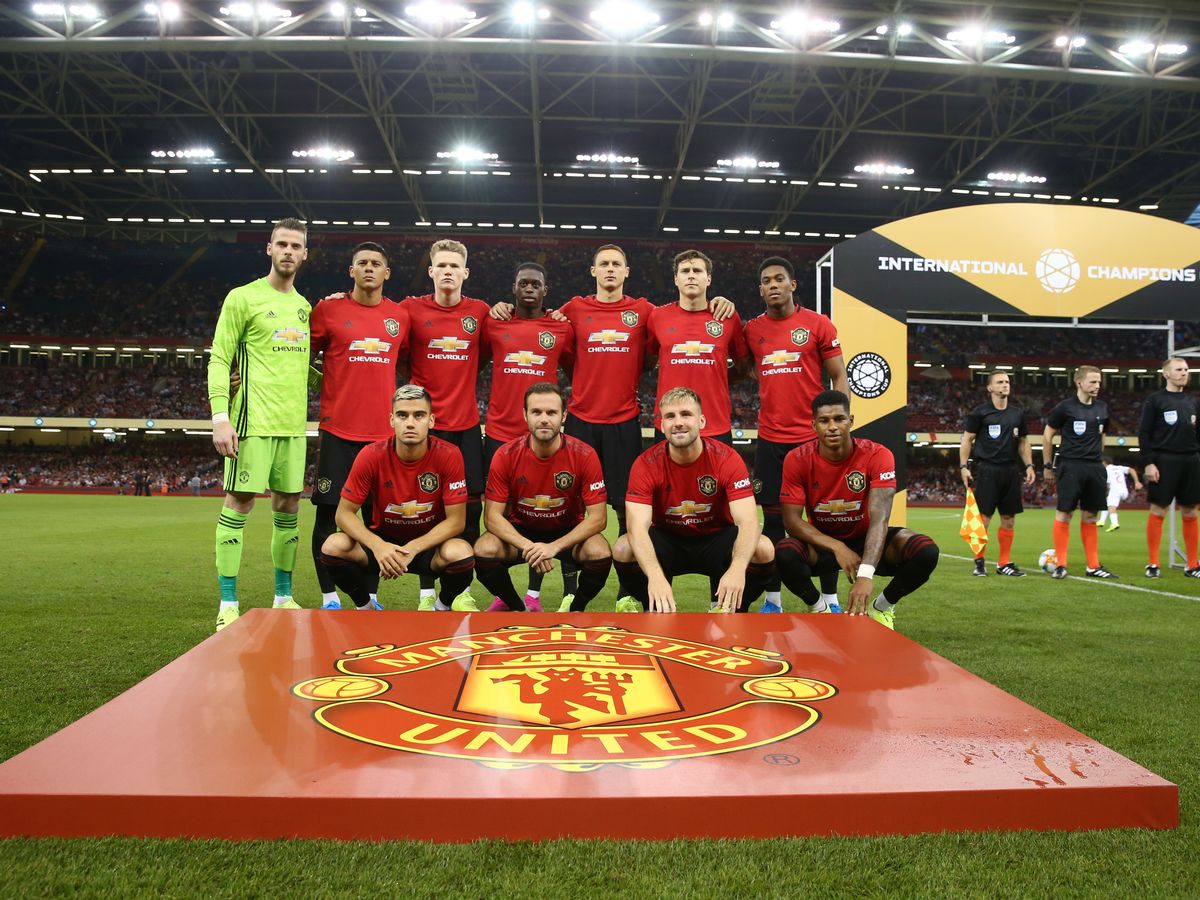 Manchester United took on the Italian giants in the final game of the International Champions Cup.

Solskjaer named a strong starting eleven walk the talk in the clubs final pre-season game before gearing up to face Frank Lampard’s Chelsea next Sunday. Paul Pogba was a clear absentee after he suffered a back spasm in the final preparations.

The points were shared in Cardiff and the teams could only be separated through a penalty shootout where Solskjaer’s men were victorious.

Victor Lindelöf – 6
Injury scare early in the first half but looked to be fine. Indifferent performance from the Sweden international. Milan’s second goal deflected off the back of Lindelöf.

Marcos Rojo – 4.5
Surprise inclusion, looked sluggish and unfit. Hard to see a role for Rojo in this United team. Subbed after 64 minutes.

Luke Shaw – 6
Fantastic recovery tackle to deny Piatek at the hour mark – the Italian side did however score from the resulting corner. Came close with a volley in the second half.

Scott McTominay – 6.5
Could McTominay in for a starting role at United this season? With Paul Pogba’s future still uncertain and Ander Herrera leaving a big hole in United midfield he will be hoping to make one of the midfield spots his own. Good performance again from the young midfielder.

Andreas Pereira – 5
Not the best performance from Andreas this evening. Subbed after 64 minutes.

Juan Mata – 5
The kind of performance we’ve become used to see from Juan Mata. Doesn’t add a lot to the team. Subbed after 64 minutes.

Marcus Rashford – 6
Opened the scoring in the first half with a great solo effort. Subbed after 82 minutes.

Anthony Martial – 6
Rather quiet evening for Martial this evening. Started the game as a number nine but interchanged a lot with Marcus Rashford. Assisted Lingard’s equalizer. Subbed after 82 minutes.

Daniel James – 6
Came on to a warm welcome in his native Wales. Put in a good shift. Won a free-kick just outside the penalty area in the final minute of the game. Scored the decisive penalty.

Jesse Lingard – 6.5
Came on for Pereira in the second half and equalized swiftly afterwards with a great left-footed finish. Great solo effort in the final seconds of the game but failed to get any power on the shot. Took his penalty well.

Ashley Young – 5
On for Wan-Bissaka, a substitution that won’t be very frequent in the Premier League. Scored a great penalty.

Mason Greenwood 82′
Left-footed player but takes penalties with his right. Great composure from the youngster to send Reina the wrong way.

Fred 64′
Quiet evening for the Brazilian.

The competitive season kicks off with a big one at Old Trafford next Sunday – if pre-season is anything to go by there is reason to be excited for the United faithful.