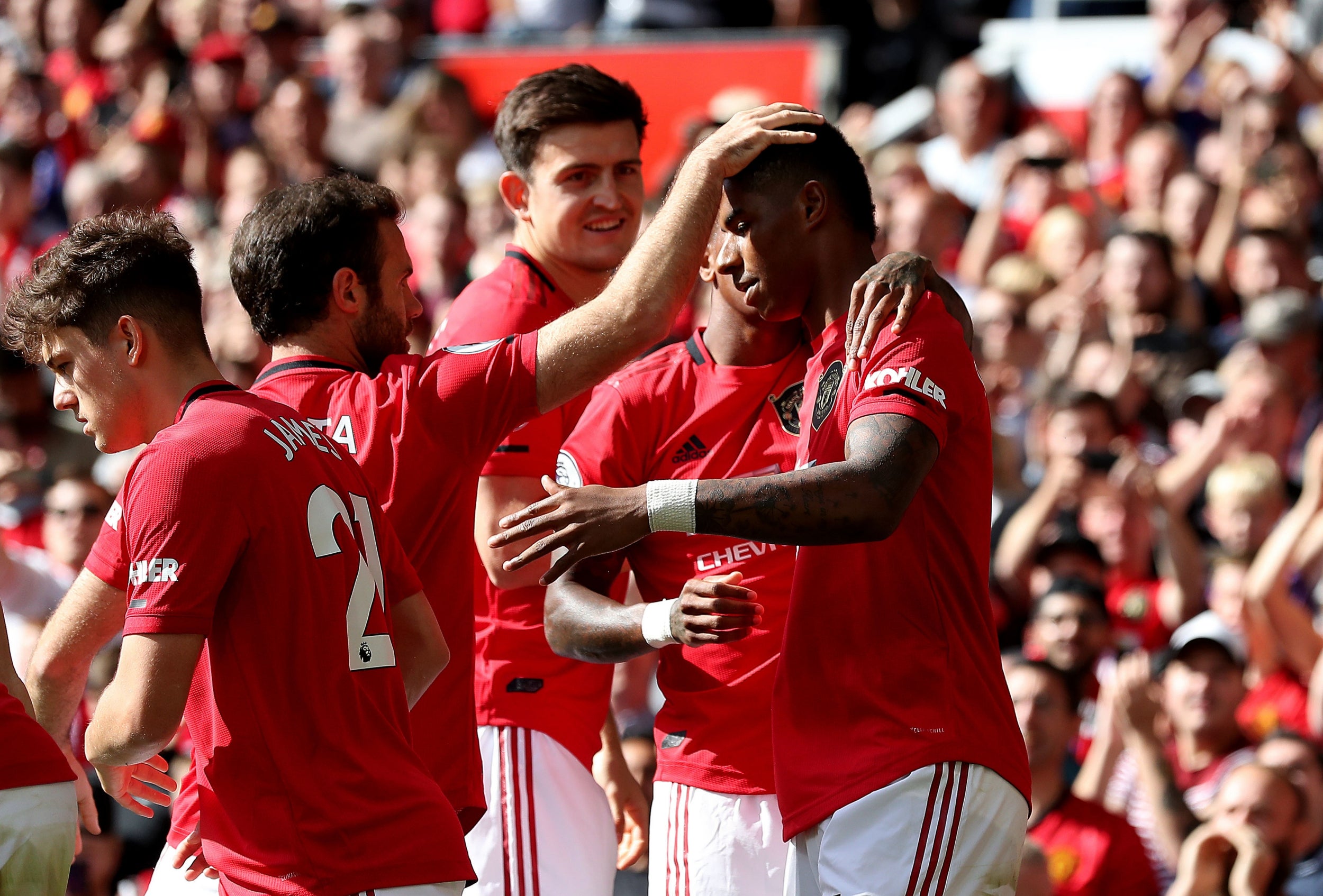 Manchester United registered their second win of the season against a Leicester side who were unbeaten ahead of today’s 3PM kick-off.

The midlands club dominated possession but failed to create any big chances throughout the game. Marcus Rashford’s first half penalty ended being the deciding goal.

David de Gea: 6
The Spaniard made three saves in the game but was rarely tested other than a looped Ben Chilwell volley in the first half.

Aaron Wan-Bissaka: 8
Another really solid performance from the right-back. You don’t get past him.

Victor Nilsson-Lindelöf: 6
Looked a bit shaky at times but got the job done.

Harry Maguire: 6.5
Also didn’t have his best game, found very vulnerable to Jamie Vardy’s pace at times but like Lindelöf, got the job done.

Ashley Young: 6
Solid defensively, stayed back a lot in the attack.

Scott McTominay: 8.5
United’s best player on the day and arguably one of his best performances in a United shirt. Recovered the ball throughout the whole game and won several tackles.

Nemanja Matic: 5
Poor with his passing and the game largely flew past him. Matic struggled to keep up largely throughout the whole game. Subbed for Fred at 67 minutes.

Daniel James: 6
Didn’t have too much joy on that left side on the day but a good shift from the Welshman. Subbed for Tuanzebe one minute into stoppage time.

Andreas Pereira: 7
Good performance after a couple of shaky ones in the first couple of games. A bit too selfish at times.

Juan Mata: 5.5
Much like Nemanja Matic, Mata struggles to keep up. It’s was too easy for Leicester’s midfielders to catch up with the Spaniard when he found himself in a bit of space. Subbed for Chong at 70 minutes.

Marcus Rashford: 7
Much, much improved performance from Rashford. The touch was back and looked sharper than before. Won the penalty with brilliant pace and dispatched it well, hopefully putting United’s penalty woes behind them.

BENCH
Tahith Chong
Come on to a few poor touches but shrugged them off and finished the game really well. Got past Pereira a couple of times and played some good balls.

Fred
Completely ended Leicester’s press once he came on. Could be the start to his revival at United, Solskjaer seems to rate him – despite this being his first appearance of the season.

Axel Tuanzebe
Played in midfield with Scott McTominay for the last couple of minutes.