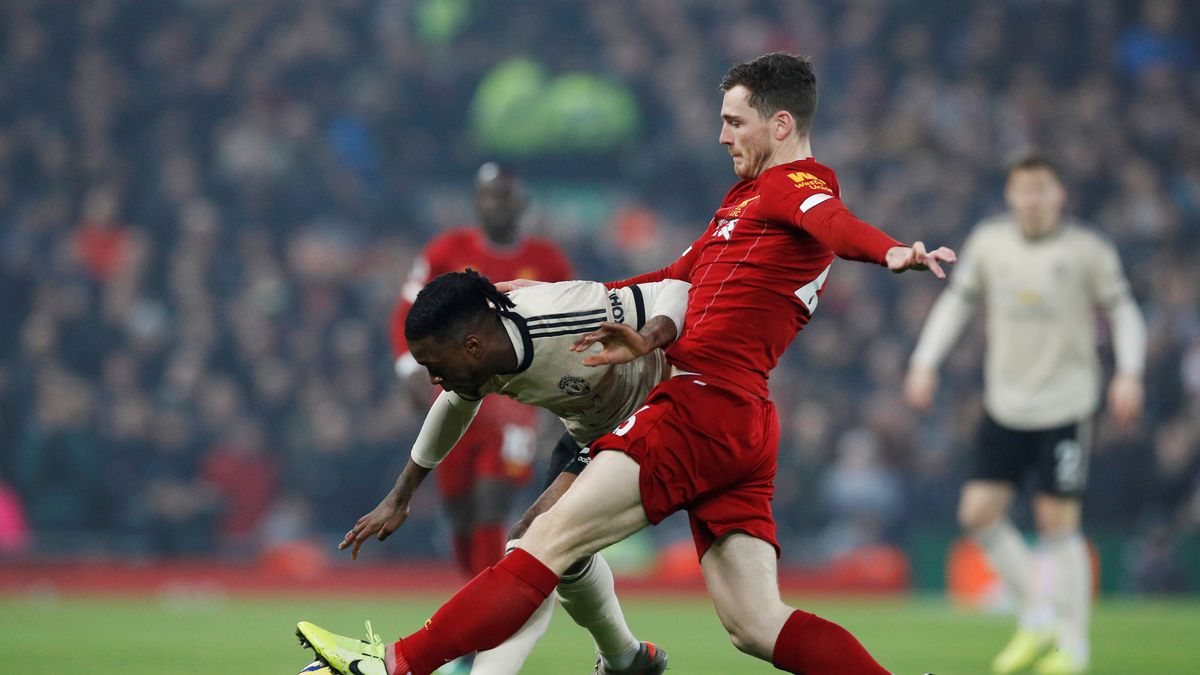 Two goals on either side of half-time made sure that Liverpool saw off an injury-struck Manchester United.

David de Gea: 4
Assaulted by Virgil van Dijk after a set piece which led to a goal correctly being given ruled out. Could do very little about the goals. Could’ve done a bit better on the second goal.

Aaron Wan-Bissaka: 5
Was not exposed to many one-on-ones on his right side and did reasonably well. Put a good ball in for Pereira in the first half which should’ve been his second assist of the season.

Victor Lindelöf: 4
Won the ball in vital areas at times but constantly put under pressure by Liverpool.

Harry Maguire: 4
Got spun a few times but that was more down to him than the Liverpool players. Looked shaky at first but improved as the game went on.

Luke Shaw: 6
Many were thinking that Mohamed Salah would be having a field day up against Luke Shaw on that side but the left-back did well.

Brandon Williams: 6
Unfairly matched up with Van Dijk for the hosts opening goal. Did well throughout the game.

Nemanja Matic: 4
Slow on the ball, gave the ball away in dangerous positions. Scott McTominay can’t return soon enough, even if Matic has done better than expected in his absence.

Fred: 8
Found himself in a few good positions and was United’s best player. It was a near perfect performance from Fred. It is no longer a case of Fred improving, it is now a case of him consistently performing for United after putting a horrible first season behind him.

Daniel James: 4
Had some fantastic opportunities to play in Martial but either missed the pass or chose another option. Poor, poor final ball from James.

Andreas Pereira: 6
Nearly scored an equalizer in the first half, if only he was 2 inches taller. Great one-two with Martial to set up the Frenchman.

Anthony Martial: 5
The lonely man up front. Had a golden chance in the second half, must do better.