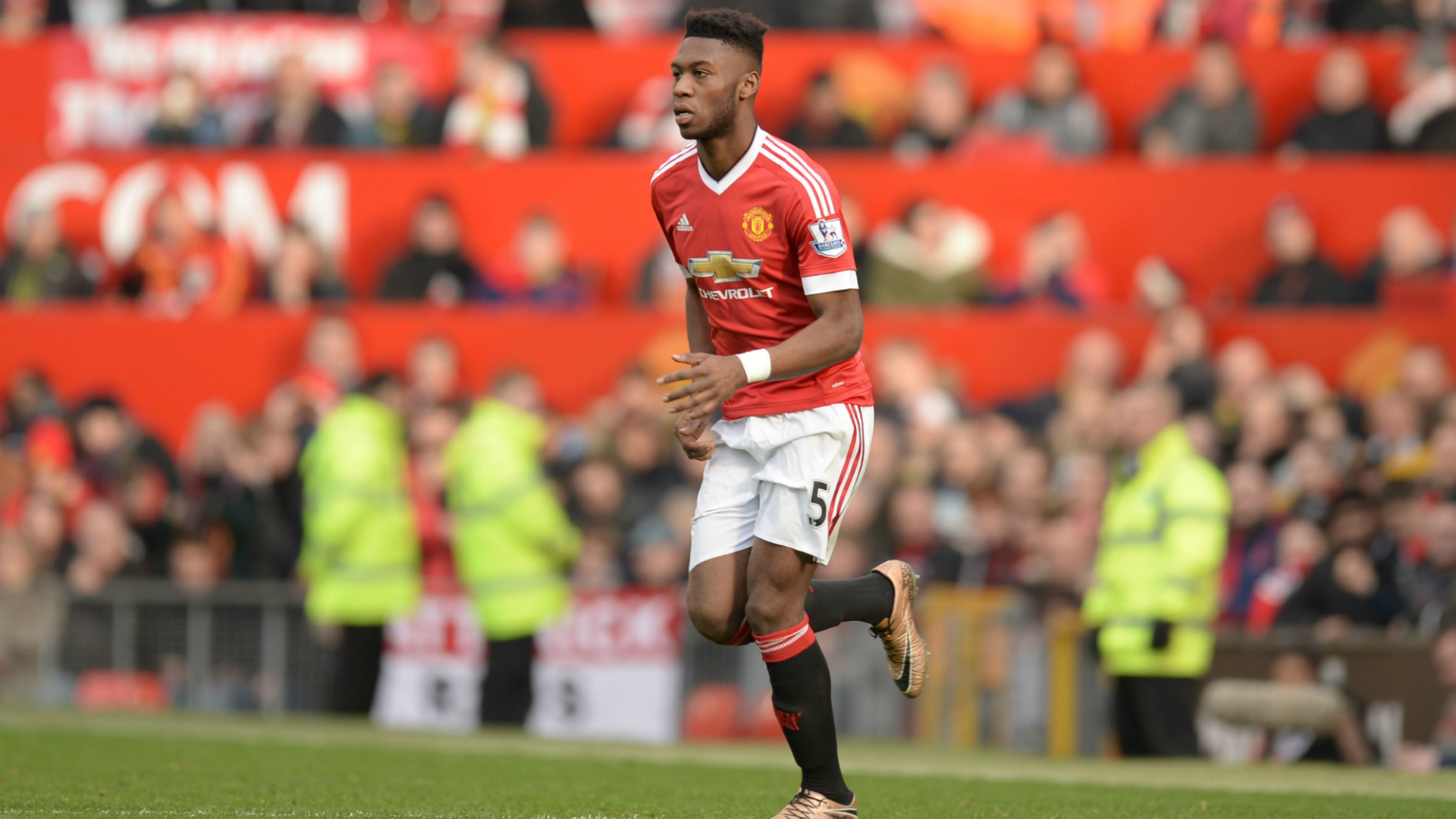 It has been a turbulent few years for Timothy Fosu-Mensah and his footballing career. Only just recovering from injury and being fit and ready for selection for the first time this season, an analysis of his role at the club is needed. Bursting onto the scene under former Manchester United manager and compatriot Louis van Gaal, the future looked bright for the young Dutchman. However, his career has hit an almighty stumbling block as of late following two fairly underwhelming loan moves and an injury history that has put doubts about his fitness on many people’s minds. Is he a valuable addition to Solskjaer’s squad now he is fit? Can he rejuvenate his once promising career? These are the questions that need to be answered and explored.

Making his debut under the aforementioned Louis van Gaal on the 28th February 2016 as a substitute in a 3-2 win over Arsenal, Fosu-Mensah would go on to have a decent debut season accumulating 10 appearances in the second half on the season. Sunday the 10th of April 2016 saw a game that a lot of United fans will not remember fondly. Coincidentally the game remains the evidence that many point to when detailing the ability and potential of Fosu-Mensah. Losing 3-0 to Tottenham away from home, Fosu-Mensah was on the pitch for 68 minutes before being substituted for Matteo Darmian, the customary Van Gaal fullback substitution. Before the change, Fosu-Mensah had an outstanding game, making five tackles, five interceptions and six clearances before being hauled off. Not 2 minutes after being taken off, spurs went 1-0 up after poor defending from Darmian. With the game finishing 3-0 it is hard to take positives from such a game; however, Fosu-Mensah was outstanding. The game remains one of the high points of his career, which can be seen as a negative as he has not stood out much in the 4 years following. The following season saw measly increase in involvement for the youngster, making 11 appearances all year. This may be more of an indictment of Jose Mourinho and his lack of fondness for young players than Fosu’s personal performances, and this was reaffirmed by his loan moves to Crystal palace in the 17/18 season and Fulham in 18/19.

His injury record remains a part of his career that many seem to think plagues him. This is somewhat untrue, however. It reflects people’s tendency to have recency bias. Yes, he has struggled this season with a fairly big injury that stemmed from his cruciate ligament injury and surgery in the 19/19 season that left him side-lined for 271 days, he does seem to have been unlucky as of late with relation to injuries. However, injuries haven’t been a constant issue with him. His career has been fairly short so big injuries have exasperated his fitness concerns. It may have been a reason his career has seemed to stall, yet, hopefully now he has recovered he can prove his fitness is not an issue.

Now he has seemingly returned to fitness and training, the question remains where he fits in the team and what he offers to the squad. While his loan spells were for the most part, disappointing, they do offer insight into the positional flexibility Fosu-Mensah offers. Across his two loan spells he played split time as a centre back and a right back. Playing 12 games as a right back for Palace, and 7 as a centre back and also playing 11 games at right back and 1 at centre back for Fulham, his ability to be trusted to play two positions is a part of his game that can’t go understated. He played his best game for United at right back as well, Seemingly right back is the favoured position for his managers to deploy him in, resulting is him accumulating 34 games there, the most of any position. In relation to the squad of Manchester United, this is interesting. Obviously, the right back spot is filled in the shape of Wan-Bissaka and it is difficult to see Fosu-Mensah forcing his way ahead of him due to Wan-Bissaka’s tremendous debut season. Additionally, the cover at right back is also stacked full of talent, with Dalot being a great attacking option, Laird being a fantastic youth prospect and recent emerging starlet Williams capable of playing right back. As a fullback, Fosu probably fits the mould of a Wan-Bissaka more than a Dalot, meaning he probably is more defensive than attacking. However, I would have to say he offers more attacking wise than Wan-Bissaka does. He is a more complete footballer but has not refined his game anywhere near to level Wan-Bissaka has. He would be the most balanced out of Dalot, Wan-Bissaka and himself, yet I think both are better alternatives at this moment. Furthermore, Laird has potential to be better than all 3, and I would much rather see him given a chance ahead of Fosu as a right back. As a result, I think it’ll be tough for him to cement a place as a fullback.

While we have also seen him be deployed as a left back at Old Trafford, I do not think that this is his best position, and again he would be behind both Shaw and Williams in the pecking order as both present a more traditional style left back and are more fundamentally sound for the position while also both putting in good performances this season. We have less of a sample size for his performances as a left back, playing a grand total of 6 minutes in that position in first team football, so there is an argument that he could offer something that Shaw and Williams don’t. However, I do not think this is the case. He can play as a left back, but only on an emergency basis for me.

A similar issue with him deployed as centre back is evident. He does possess the athleticism and the defensive ability to play there, if needed. This does not mean he should be deployed there. There are far better defenders at the club who can act as understudies to Maguire and Lindelöf, notably Tuanzebe who may even force his way up the pecking order to be a starter and youngster Teden Mengi who has sparkled for the youth team as of late potentially on the brink of a professional debut next season. Added to that list is Phil Jones. While heavily criticised by the Old Trafford fans, he is still more of a natural centre back than Fosu, pushing him further down the list of options in this position. Overall the defensive positions he has commonly been deployed in are areas he can come in as a backup if there are injuries. Deploying him as a centre back in a three-man system might be more realistic than a two, give the amount of competition ahead of him. He may step in to fill the small bit part role Rojo had this season now the Argentinian he has left for Estudiantes and he would bring athleticism, pace and decent ball distribution, skills required in the three-man system. While this remains an option, again I do not think it will be where he compliments the squad most.

Ole can utilise him in all three defensive positions, however none are his best position and for the sake of his footballing career he needs to be placed in his best position. While never deployed in midfield at either Palace or Fulham in the league, Defensive Midfield still remains the best position for Fosu-Mensah. He was played as a CDM several times while at United, making 15 appearances here across first team and reserve football. Seemingly, this is the position that the manager also see’s him as being an option for. Speaking at a presser ahead of the Wolves FA cup game in January, Ole was talking about the then injury crisis that had plagued the midfield this season and cited Fosu as a valid option:

“Tim, obviously when he comes back, he’s capable of playing in midfield”

While it was not concretely stated that this is the position he will be played as under Ole, the hint was there. Personally, I think this is where Fosu offers the most to the team. Matic remains our only solid option as a holder, especially if we play a formation requiring only the one CDM, rather than a double Pivot. Players such as McTominay and Fred are excellent ball winners, and this is misinterpreted as them being capable of playing a holding role, which is not the case. Fosu-Mensah offers the Athleticism that Matic does not, and as a result is a good option for Ole if he wishes to play a three-man midfield stacked full of pace to combat certain teams play style. While Matic has looked rejuvenated as of late, he still can get taken out of the game by a fast midfield, or a player occupying space behind him. This would be negated by Fosu’s combination of pace, intelligence as a defender, as well as his ability to actually play football and retain possession. This is hopefully where we will see him in the coming months.

It seems as though Fosu has become the forgotten man at United. However, I hope he can cement his place in the squad. He was a really exiting talent when he came through, and his aggression, athleticism and ability were so enjoyable to watch. His adaptability is crucial in the modern game and is why I think he does have a place in this team. It is now down to Fosu-Mensah to prove the fans of Old Trafford and the manager that he belongs here.

It’s not one or the other, Pogba and Fernandes can propel Manchester United
Why Odion Ighalo personifies United’s “cultural reset”
To Top