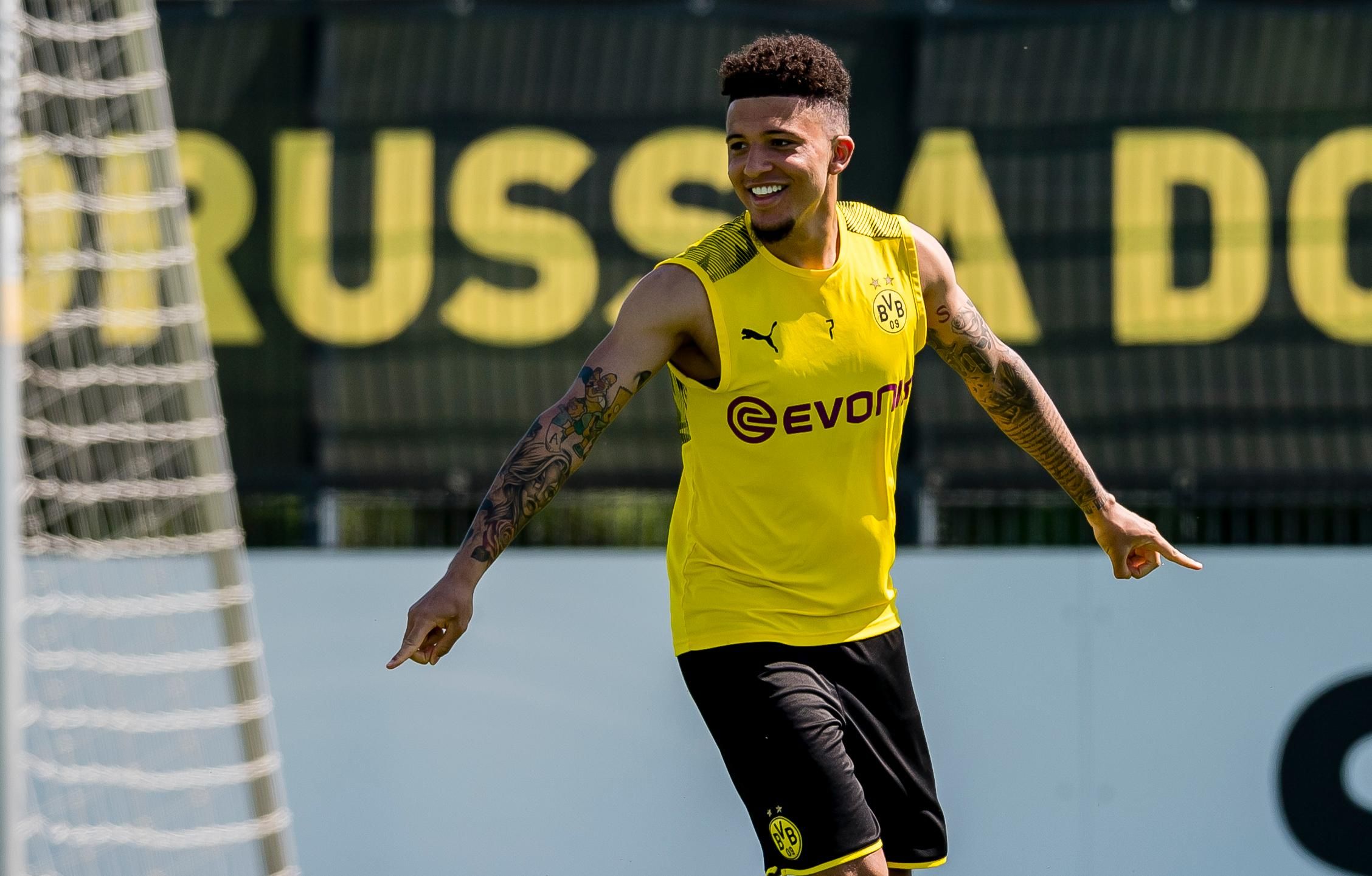 Manchester United’s interest in Jadon Sancho has become so well documented, his arrival this summer has almost become an expectation amongst fans.

Whilst such a viewpoint is a tad precarious in this economical climate, the club are reportedly keen to press on in the upcoming transfer market. The Englishman is Ole Gunnar Solskjaer’s top priority, with recent noise coming out of Germany that the player is actually open to leaving Borussia Dortmund.

On paper, the potential signing ticks all the boxes the manager is looking to rebuild with – a young, developing, yet dangerous talent, with the added bonus of his British heritage. Whilst such traits are integral to forming a new identity at the club, it is Sancho’s ability on the field as to what will inevitably justify shelling out £80m+ for the player.

Much has been made about the potential partnerships he could strike with the attacking figures of Anthony Martial, Marcus Rashford, Bruno Fernandes and so on, as he will be expected to slot straight into the right-side of the frontline. The most important aspect he will provide in this department is balance.

So far this season, 42% of United’s attacking play has come down the left channel. This statistic won’t come as a surprise – Rashford’s starting position is as the LW and Martial has a natural tendency to drift to the left side, with players enjoying cutting inside and getting a shot off at goal.

The two forwards are the side’s main attacking outlets, but such a weighted responsibility on their shoulders often makes United’s play predictable. Bruno Fernandes’ arrival has helped shift the focus to a more central zone though, giving opponents another threat to deal with. Sancho can have an identical impact over on the right, restoring some much-needed balance to the frontline.

When operating on the right-side for Borussia Dortmund this season, the Englishman has contributed to twelve goals in fourteen appearances, averaging 2.4 dribbles per game in the Bundesliga. His direct and explosive running with the ball has become a valuable trait of Sancho’s game, transitioning his side into the final third at the blink of an eye. United have lacked such a threat down their right-side for some time – Daniel James has strengthened their wide options, but he has struggled to make an impact against sides with a deep block.

This isn’t to say that Sancho would have chalk on his boots for the entirety of games, as he also enjoys coming inside, having mastered that direct run in-between the LCB and LB. He has averaged 1.7 shots per game from open play when starting from the right, with his tally of seventeen goals this season highlighting his desire to get in-front of goal.

Given Solskjaer’s tendency to setup with the 4-2-3-1 formation, Sancho would slot into his familiar position in that ‘3’ on the right-side rather comfortably. This system could transition into a 4-3-3 with Paul Pogba coming back into side, leaving the frontmen high up the field. All in all, United would simply be setting up with one of the most dangerous frontlines in the Premier League.