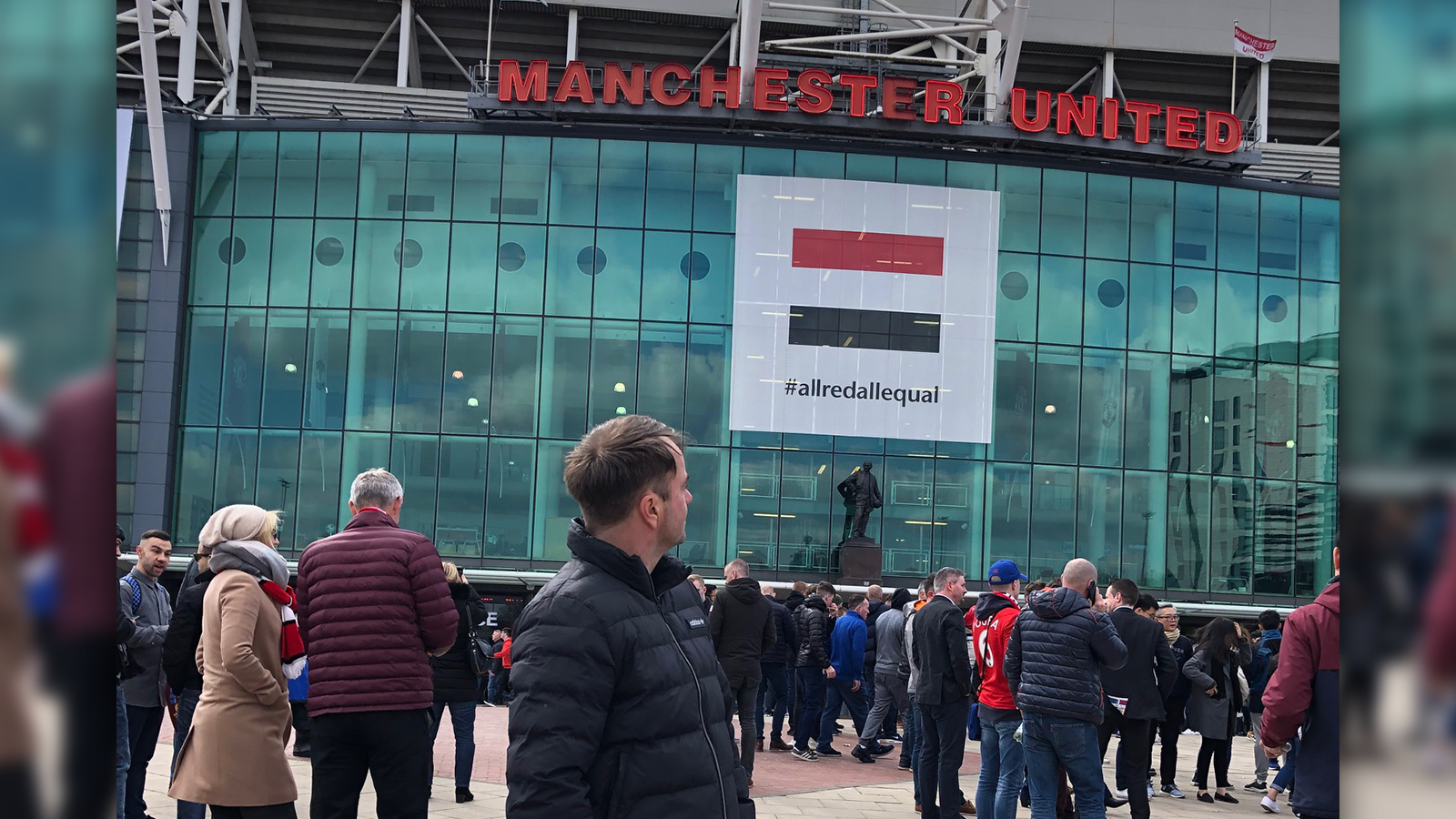 Ole Gunnar Solskjær’s Manchester United overhaul has brought many more names to the forefront, especially those at the younger age of the scale. The Bundesliga is currently a gold mine for young talent, therefore it’s no surprise United have been linked with a few names in Germany. So, who’s better to talk to than the German football encyclopedia Christian Falk? Christian is the Head of Football at German outlets Bild and SportBild and has established himself as one of the go-to reliable sources in the hectic world of football transfers.

May 26, 1999. Camp Nou, Barcelona – the night Ole Gunnar Solskjær broke the hearts of Bayern Munich fans. Has what happened that night created any hostility from Bayern fans towards United? Tell us more about the general opinion of Manchester United in Germany…

I was in Camp Nou at the time. Back then private. I can say that as a Bavarian it was terrible. I still have the chants of the United fans in my ear today: “Jaap Jaap Stam is a big Dutch man!” and “Oh Teddy Sheringham!“. But I have to say, it was trauma for Bayern, but not directed towards United. On the contrary: there was already a lot of respect between the two clubs. At that time there were great players on both sides of the pitch! Kahn, Matthäus and Effenberg for Bayern. Schmeichel, Beckham and Giggs for United. But I have to say, before the kick-off, our band ‘Spider Murphy Gang’ was more atmospheric than your Troubadour – sorry about that! Anyway, at that time I was already convinced that this game would be even bigger than any title – that you will talk about Barcelona in 1999 as much as Wembley in 1966 (England winning the World Cup). It is something that will always connect both clubs. This finale made history.

As two of Europe’s greatest football clubs, Bayern Munich and Manchester United seemingly have a good relationship, that’s backed up by the fact a treble reunion was organised last May. Are you able to give us some insight into that relationship at board level?

The bosses of Bayern spoke at the turn of the millennium of United as a model/idol. They wanted to go to where United were in terms of international standing and marketing. That is why the clubs have been in contact ever since. The relationship between the coaches Ottmar Hitzfeld and Sir Alex Ferguson, which can almost be described as friendship, also played a major role. It is no coincidence that the English newspapers called
Bayern a counterpart for United, when they watch Bundesliga during the coronavirus pandemic. Both clubs have a lot in common. Success, tradition and legends – that connects.

Throwing it back a few years. It was no secret that Louis van Gaal was a big fan of Thomas Müller. He tried to sign the forward on various occasions for Manchester United but nothing ever materialised. Müller has previously shed some light on what happened – but was he ever close to joining Manchester United?

It wasn’t just an idea, it was very, very close to being implemented. Louis van Gaal absolutely wanted Thomas Müller in 2014, and Müller could also imagine a future in Manchester. There were also unofficial phone calls between the player and the coach. Van Gaal said to Müller: “I want you!“. The Bayern bosses never thought that United would pay the necessary transfer fee. But then a fax from United arrived at the FC Bayern office. The finance boss Jan-Christian Dreesen later confirmed to me that there was a total of over 100 million euros as an offer. But Bavaria still declined. Thomas Müller is FC Bayern and FC Bayern is Thomas Müller. Such a unique relationship in football isn’t given up for money.

This winter, too, a United representative had spoke to Müller – who was still unsatisfied with his situation in Munich. If Thomas Müller’s role hadn’t changed under coach Hans-Dieter Flick, a transfer to United would have been a topic again this summer. Things turned out differently again… Müller extended his contract at Bayern. The love story of Müller and United will never have a happy end.

An abundance of Bundesliga talent are most likely going to be on the move this summer, especially with clubs looking to raise funds due to the financial implications of the coronavirus pandemic. We want to know how players perceive Manchester United in Germany. If the club weren’t to qualify for the Champions League this season, is United seen as a step up in their career from lets say, a Borussia Dortmund or RB Leipzig?

I last asked this question to Emre Can. He said: “No, United is not a step up to Dortmund“. However, he was a Liverpool player. In the case of Jadon Sancho, it would definitely be the next step in his career from a player’s perspective. I have heard from my sources that United’s management is ready to invest 300 million euros to build a new team. This is also a sign to players like Sancho that a big team is ready to be built up at United – there is a huge incentive. United weren’t convincing enough for Timo Werner’s poker. The next player will be moved on more aggressively. The 300 million euros can also be spent during this summer – if the needed players are on the market, and if they can sell some players.

In players such as Jadon Sancho, Reiss Nelson and Rabbi Matondo, we’ve seen the Bundesliga become a popular pathway for youngsters from England, do you expect this trend to continue over the coming years? It seems Birmingham City’s Jude Bellingham is currently deep into that exact same situation — will it be Borussia Dortmund, or Manchester United?

I think the Sancho way is a big advertisement for the Bundesliga for English talents. Sancho wouldn’t have got this chance at City as quickly. Pep Guardiola apparently even spoke to the bosses of Bayern, saying that Sancho was difficult. Nevertheless, Bayern still wanted Sancho. Sancho decided against the top club Bayern, which has experienced stars similar to City & co. in England. The strong clubs in the Bundesliga, behind Bayern, offer talented English players a chance to play, even internationally. Bellingham will therefore also go to Dortmund, not United. You will see. Our information is that he has chosen Borussia Dortmund.

There are currently a few Manchester United youngsters who will be edging for loan moves next season — Ethan Laird, James Garner and Dylan Levitt to name a few. Obviously Borussia Dortmund are famous for nurturing young players into world class talent, but are there any other Bundesliga clubs you would say are perfect for a young foreign player to develop at?

The goal of these talents must be to switch to Bundesliga clubs who play in the Champions League. This experience is priceless. The candidates for this are obvious: next to Dortmund there is Leipzig, Gladbach and Leverkusen.

As you have always said, many clubs seem to be interested in Kai Havertz, including Manchester United. United are supposedly moving for Jadon Sancho as well. Have there been talks between Havertz’s team and United, and how are United planning on ‘selling’ their project to Havertz and assure him that he’ll be developed properly?

Manchester United is an option for Kai Havertz, because his management have been told about the big plans of the new team. But, Chelsea are more concrete in the talks at the moment. Perhaps Chelsea are again faster than United, like in the case of Timo Werner.

Last but not least… Borussia Dortmund have remained firm in their €120m+ valuation of Jadon Sancho despite it being common knowledge that COVID-19 will most likely decrease transfer fees. Are they really not willing to budge, and compensate in a depressed transfer market? What’s the latest on Manchester United’s move for the 20 year old?

I have heard that Borussia Dortmund is of course already talking with agents for candidates who could replace Sancho in the event of a sale. But they are still very vague in the search. This is not a sign that the Sancho sale has so far been considered inevitable. The club will not sell Sancho unless the transfer fee is over 100 million Euros. All sides in the club want him to stay at least one season more. The €100m number is a lower limit below which there is no negotiation at all – exactly how much is required is open negotiations. This transfer will only happen this summer if Sancho absolutely wants to leave and brings a club who pays the transfer fee. Players like Emre Can, Håland and Marco Reus are already trying to convince him to stay.

For some of the best transfer coverage in the game, you can follow Christian on Twitter here. You can also check out his frequently updated self-made blog at cfbayern.com.