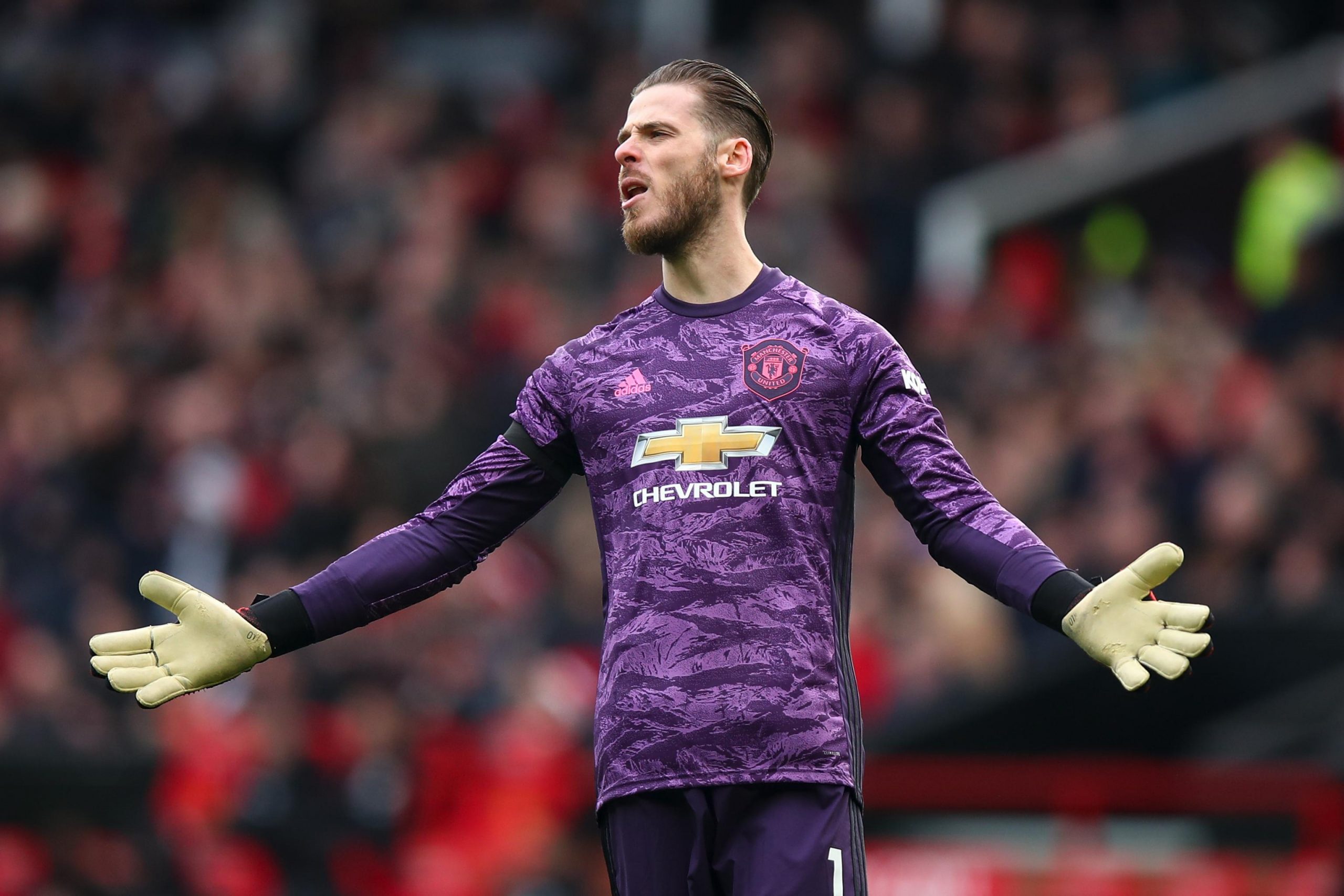 As they all say, behind every cloud is a silver lining. For many of the seasons that Man Utd have floundered in its Ferguson-less years, De Gea has been the silver lining behind the misty condensation of inefficacy in defence, midfield and attack. The one undoubtedly world class player in a team that struggled to even qualify for the Champions League on a regular basis. The route out of Old Trafford seemed inevitable, a fax machine and Zidane’s loyalty to Keylor Navas in 2015 and 2017 respectively stopping him for donning the white of Real Madrid. Now, on the back of an incredible contract that sees him earn £350k a week, De Gea’s performance are floundering just like the teams in front of him did all those years. Dean Henderson’s presence looms as large over De Gea as Real Madrid’s presence did over United about the Spaniard and the questions are at its loudest since the early difficult days that David had but there is no security of potential or what could be now. He is 29, when he should be approaching his prime, and death toll is seemingly ringing, despite Ole Gunnar Solskjaer’s show of support in the media recently. So what is the right solution in such a precarious situation with potentially long lasting effects?

The story of David De Gea is well trodden in that the key moments of his development are easy to bookmark on his journey to becoming the best goalkeeper in the world. The troubled beginnings of City in the Community Shield, West Brom at the start of the season, the shoddy keeping in the 6-1 defeat to our city rivals and Blackburn in the infamous 3-2 defeat on Sir Alex Ferguson’s birthday. One of the turning points with the save from Mata’s free kick in the dying minutes of the 3-3 comeback draw at Stamford Bridge. They’d be many more ups and downs until he was able to truly come into his own in the 2014/15 season as performances such as Everton at home, Liverpool at home and of course Arsenal away laid claim to be the definitive keeper in the Premier League. This form would continue until 17/18 in what can only be described as a one man mission that earned United their highest finish in the years post-Fergie. Another performance away to Arsenal was again the highlight of a magnificent season in which he was the outstanding member of the team that failed to put up a significant challenge to Man City. From then, it has been downhill. But why? Rather than focusing on how he developed in a great keeper, it is more interesting to look at the skills he had when he was digging us out of holes and why there are not there anymore.

Every aspect of his game improved ten fold, even the parts that he was already good at. His shot stopping was always a highlight, his coming of age performance vs Real Madrid in the Champions League last 16 in 12/13 was the first real show of the powers that he was capable of. The detailed analysis from Neville, with which we seldom get these days, showed the areas in which he had shown a marked improvement, like taking in shots rather than palming them out into danger areas; being decisive in his positioning in 1v1 situations so that the attacker has to make a decision on which side to go down. The save against Hazard in the home league game vs Chelsea in 2014/15 season is the most stunning evidence of this where not only did he show the decisive positioning, but the hand wave he performed with his left arm made it so that Hazard would shoot to the right and De Gea reacted spectacularly to turn it away from a corner. As usual back then, the defenders let him down to concede from said corner but I digress. The other two areas of progression were his dealing in back passes and of course, dealing with balls into the box. So much so, that at that point he had increased his percentage of claims by a third halfway through the season of 2014/15, compared to the previous season.

And as all those things made him spectacularly good, he was never perfect. The proverbial Achilles heel at his near post has been combed over repeatedly the past years and crosses from corners under heavy pressure from the opposition was ironed out but the crease was still slightly visible but not enough to care. However, his playing out from the back in general has never been totally impressive. He is comfortable in possession and is able to do a trick or two to evade an oncoming opponent but with regards to finding team mates with pinpoint precision, it was never of the level of Neuer. However, the latter was seen as akin to a freak of nature but the acquisitions of Ederson and Alisson at our city and biggest rivals respectively shone a larger light on this deficiency in his game. Particularly as in this period, United were struggling to play out the back more so it only piled more pressure on the fact that De Gea was not near the zenith of ball playing goalkeepers.

Not only this but perhaps it was a worry that he was worked so much over the years. The well known adage of top goalkeepers is the ability to keep concentration when they do not have much to do because when something does come for them to do, the big moment to keep their team in the game, on level terms, in the lead or have the lead cut, it is up to them to make sure they stand up to the shot. In all of his time at Old Trafford, the Spanish keeper has rarely been behind a defence that gives away little chances. Even the years under Fergie were constant work for the then young keeper. In fact, the only time a suitable defensive side was in front of him was perhaps the 2016/17 season. 12 goals were conceded in the first 9 but until the end of the season, there would only be 17 more goals let in by that side. In De Gea’s four year ascension and maintenance of top goalkeeping, it is funny that this was probably his worst year. Not as bad as the other years but not the same domineering confidence that exuded in the previous two season. One moment vs West Brom, a bore draw at home, where he almost juggled the ball into the net was a picture in a collage of questionable decisions that season. That’s not to say that in that season, he was still not pulling out jaw dropping saves because that would always be his bread and butter

Or that’s what we thought. Because even in his difficult days in the beginning, the lamb learning to walk days, his shot stopping was always outrageous. Even in the days of doubt during his amazing days, his shot stopping would always be able to dig us out. Nowadays, there are far too many goals we concede that the De Gea of old would have eaten up for breakfast. Statistically, he was able to defy the logics of xG by saving at a rate that no goalkeeper should be able to sustain over multiple seasons. Now, he is flipped totally and is not even saving points but giving them away. So much so that he is nearer his compatriot competitor, Kepa Arrizabalaga, who the less said about the better. He has never been perfect but there seems to be a regression in what he once was before his progression, as I no longer feel as confident during 1v1s, the punch into his own net vs Tottenham is a reversion to his hard hands self nor do I feel especially happy when crosses are swinging in towards him, like it did against Everton at home and the away game at Everton would tell you how I feel about his dealing of back passes in these current times. So he was never perfect and now he may not be insanely good but what if he can’t even be good anymore because the shot stopping has not even been spectacular and been littered with fundamentally poor saves like Alonso at Old Trafford in 2018/19 and Sarr at Vicarage Road in 2019/20.

The clouds seem to be clearing at Man Utd, a 17 match unbeaten run with an aggregate score of 49-6 is testament to that. We don’t need to look for a silver lining anymore. The allure of Madrid has permanently gone now for him and Romero is not going to push him, as someone who has been very comfortable as second choice everywhere he has been. The pressure on him, intrinsic and extrinsic, may not be there anymore. Henderson could perhaps provide a shock to the system if he is able to sustain what he has displayed this season and comes back to firmly plant himself in Solskjaer’s mind. But even on as much money as he is on, which is scarily a purported far cry more than the £350k a week that is commonly bandied about, he may have reached a stage of permanent plateau. That is all it could be. He so wanted to next part of his career to lead to Madrid, to the degree that he was unable to play the opening games in 2015 due to the saga and United’s gracefully allowing De Gea to seek clarification from Madrid about a move in 2017, reading between the lines of the words of Jose Mourinho. Now that dream is gone and on a lot of money, the motivation to be at the top is just no longer there for him and these lapses in concentration & competence are just consequences of that. It would be a sad story for De Gea’s best to be associated with a period no fan would like to look back upon but it is up to the man himself. The last line of our defence has to make sure his last lines in his Man Utd chapter reflect favourably enough so when it finally is closed, it can be with a smile.