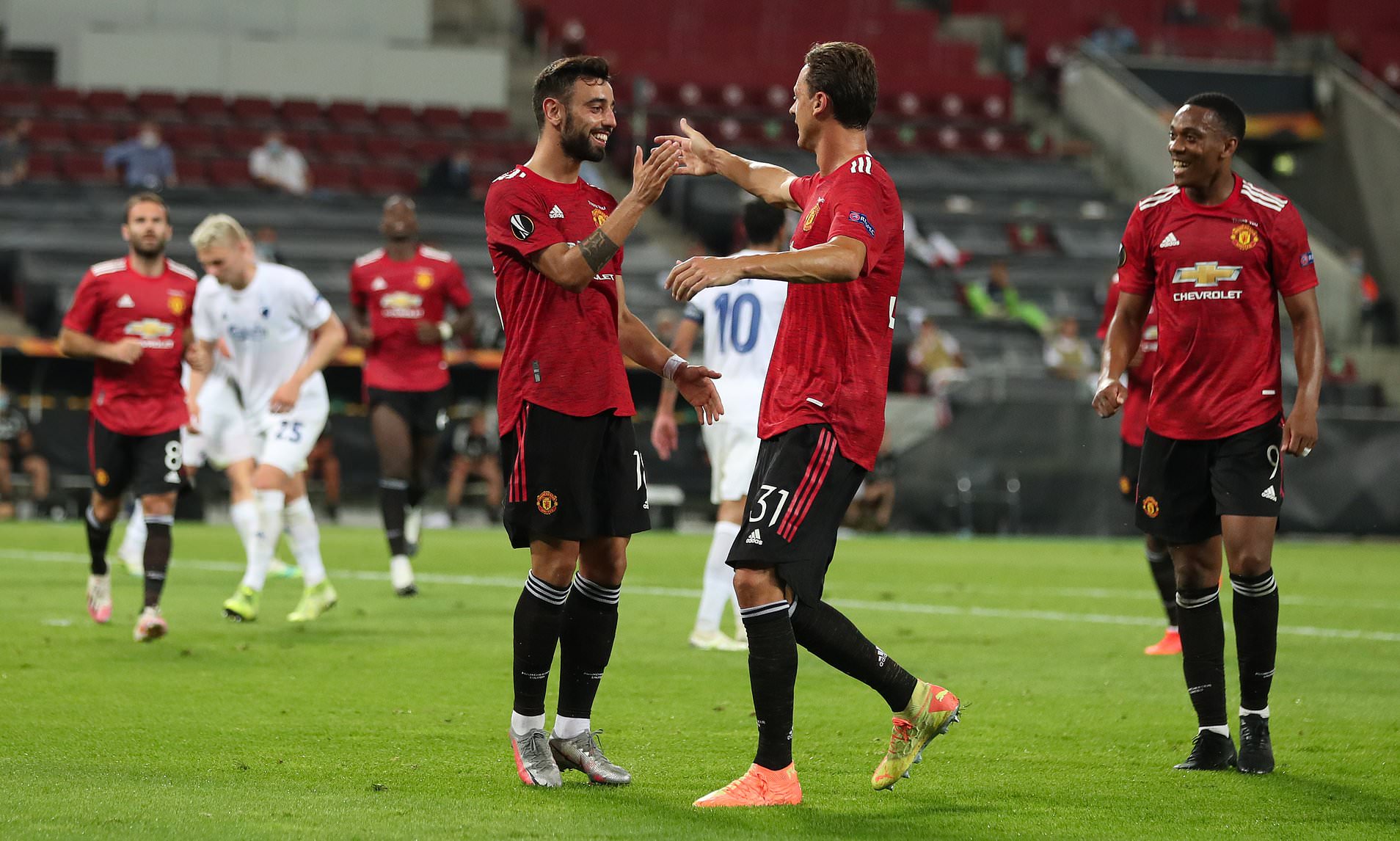 Manchester United were held to player another 120 minutes of cup action for the second time since football restarted in June, after the FA Cup quarter-final at Carrow Road also requiring two hours to determine a winner.

United quickly took control of the game in Cologne and Copenhagen rarely put any real threat on United’s goal, although they came close once.

Solskjær’s side should have won by a bigger margin and the only reason they didn’t is poor finishing.

Job done though and they will now face the winner of Sevilla vs Wolverhampton, which takes place on Tuesday, in the semi-final.

Sergio Romero: 6
Had nothing to do – comfortable.

Aaron Wan-Bissaka: 6
One of his more frustrating outings.

Eric Bailly: 6
Turned inside out and one point but recovered from it and looked astute next to the skipper. Shock inclusion.

Harry Maguire: 7
Saved United early blushes in the first half when his last ditch tackle denied the Danish side a goal. Started a few good United attacks with his passing from deep.

Brandon Williams: 7
More involved than he probably would’ve thought, Williams was United’s driving force down the left side, with Rashford often drifting to support Fernandes and Martial.

Fred: 7
Dilly dallying in the first-half almost cost United again but grew with the game. Good performance in a European quarter-final.

Paul Pogba: 7
Some neat passing but also very sloppy at times. Obvious that a lot needs to go through the Frenchman for United to tick, though.

Mason Greenwood: 8
His pin-point right-footed finish late in the first half was ruled out by the VAR – it was a great finish though. Another shot from Greenwood in the second half cannoned off the upright, Rashford’s rebounded finish was quickly ruled out.

Looked like United’s most dangerous player for big parts of the game whilst he was still on.

Bruno Fernandes: 6
Probably needs to learn that the safe option is just fine sometimes. Hit the post and then forced a good save in the second half or original time. Good penalty. Pulled up with what looked like cramps at full-time.

Marcus Rashford: 6
Very involved in the game but not a lot came off. Frustrating evening.

Anthony Martial: 9
His late second-half curler, which was saved brilliantly by the Copenhagen goalkeeper, was probably his first involvement in the game.

It was in the 82nd minute but it was the start of an electrifying 20-minute burst. Two or three dazzling solo runs and he probably should’ve scored at least one. Won the penalty just after making his way through three defenders and having his shot saved.