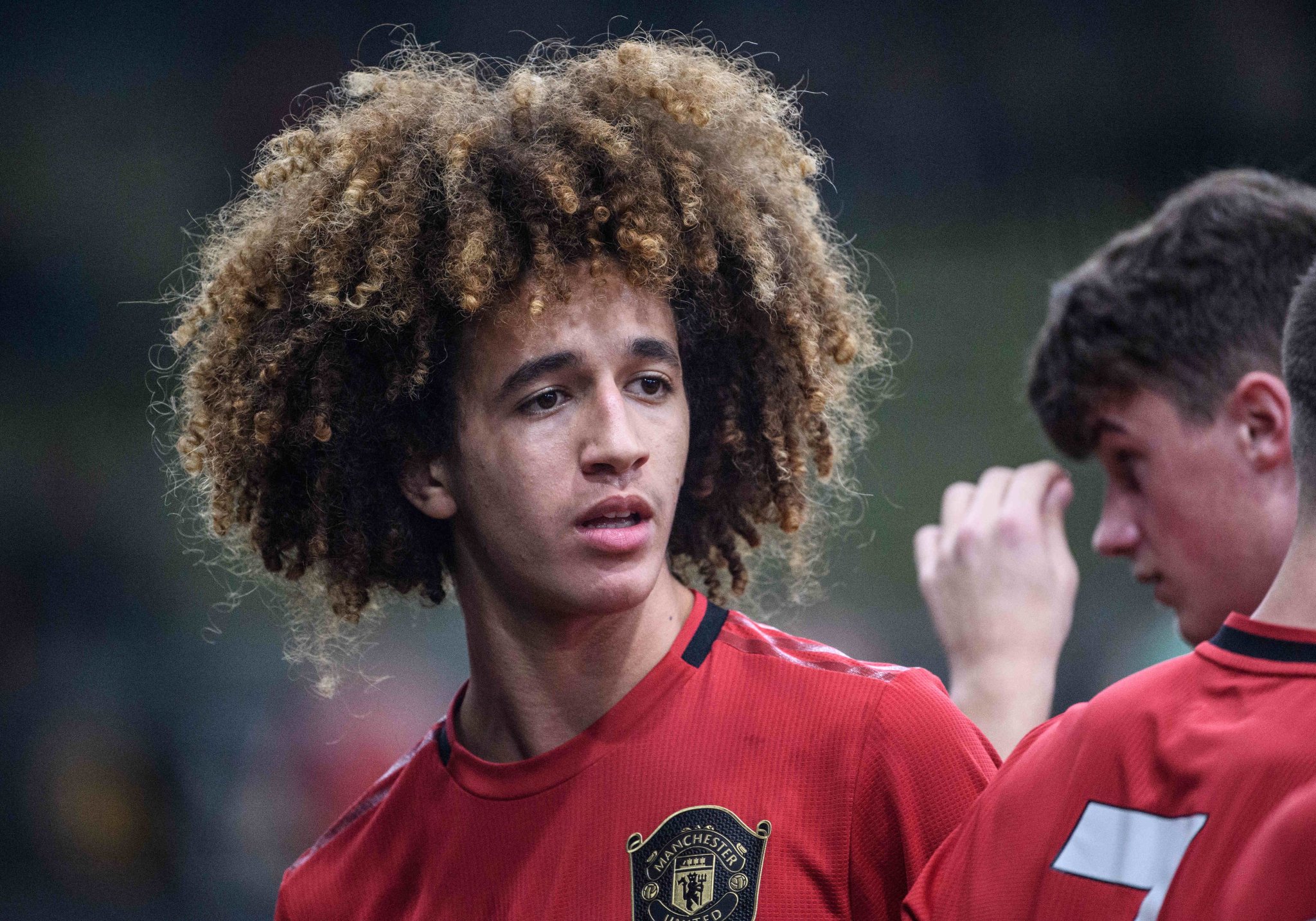 Academy talents always have the ability to generate high volumes of excitement, particularly when it comes to Manchester United.

The club have produced some of the finest players across Europe through their youth system at Carrington, so when certain names start to climb through the ranks, fans stat to get a little giddy.

Hannibal Mejbri is an example of such. Although not a ‘pure’ product of United’s set-up, the teenager finds himself in a unique position where almost everybody at the club, including fans, knows his name.

The teenager arrived for €5m from Monaco last summer, a price that could potentially rise to €10m. Such fees are not normally associated with U17 players, and the decision to splash out the cash certainly caught the eye of supporters.

In a nutshell though, it is already looking to be money well spent. Mejbri quickly showcased his class for the U18s at the start of the season, registering three assists and scoring once in his opening five league games. The Frenchman also started all four FA Youth Cup victories, before the competition was prematurely brought to an end.

The 17-year-old has since been drafted into the U23 squad, where has also managed three assists, but this time in just 164′ minutes on the field. Operating in the middle of the park, his creative qualities are evident for all to see, with the excitement surrounding his potential growing each game-week.

U23 manager, Neil Wood, has been speaking about the teenager with the Manchester Evening News, but he has called for patience with the growing star. He said: “I think what you need to remember is Hannibal is still a young lad, he is only 17. He’s not long been here really, he is probably coming up to almost a first completed season if that.

“I think people get sucked into the price-tag, and again that is not Hannibal’s fault. So I think he is a young player with potential, he is one of the young players we have got with potential, but there is still a lot of development and learning which needs to be put into him.”

Many fans have even called for Mejbri to feature for the first-team, due to the lack of creative depth in the midfield. Wood wants to continue managing the teenager pragmatically though, with there being no rush in throwing him in at the deep end.

“We still need to get him to a higher level to get him to even go and train with the first-team, so there is no rush to start pushing him in that first-team environment right now,” he continued.

“I think the challenge is going to be enough for him at U23s right now and we are going to push him and try to move him up as quick as we can, but at the same time we won’t rush him if he’s not ready to do that.”

The U23s have just been promoted to the top division of the Premier League 2, meaning next season will already serve as a step-up for the youngster. Mejbri is certainly in good hands with Wood and his set-up though, given the number of U23s players that have quickly progressed in just his first-year in charge.

We will one day see the long Frenchman with the senior team, but it is important that he is first moulded and prepared for such a jump.