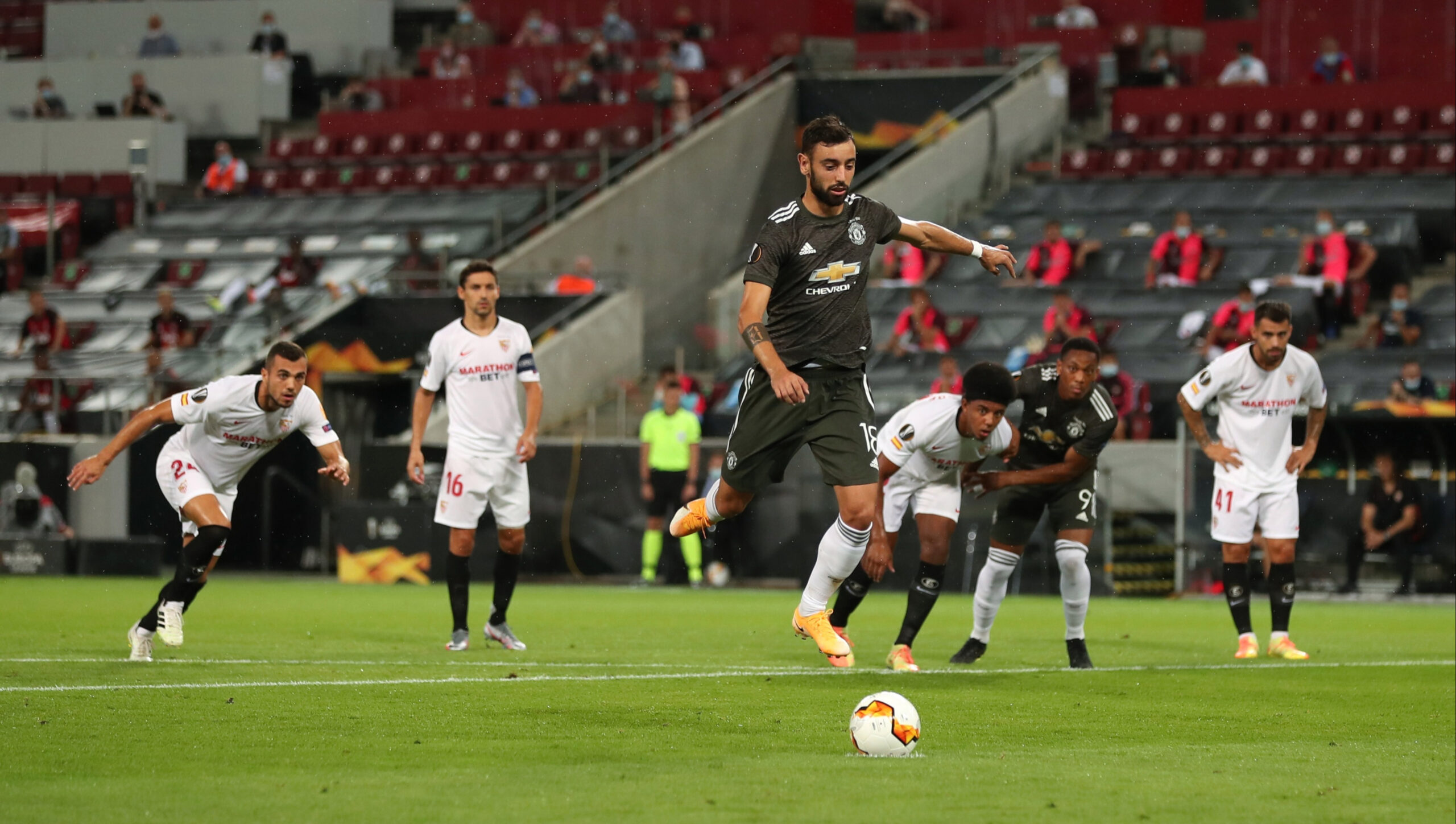 Manchester United’s glaring fitness issues finally caught up with them as they crashed out of the Europa League.

Ole Gunnar Solskjær will continue to insist that his players are at a good fitness level but evidently, they’re not. It’s been on show for the past month.

Sevilla were hanging on, chasing the ball and barely had an attack for thirty minutes of the second half but yet they had more energy when the clock turned against Ole’s Reds.

It’s a bitter ending to the season for Manchester United.

David de Gea: 6
Could do nothing.

Aaron Wan-Bissaka: 3
Won most of his duels, got around his man more often than not but was sloppy on the ball at times. Needs to anticipate the pass from Sevilla for the first-half equalizer and completely switched off for their second. Poor.

Victor Lindelöf: 3
Back in the team in place of Eric Bailly. Partly at fault for both goals. More so the second. Poor.

Brandon Williams: 3
Struggled once again with timing. United’s left flank was a clear target for Sevilla. Rashford stayed far up the pitch, leaving Williams alone with Suso and Navas.

Fred: 6
Won the ball in crucial areas at crucial times. Started some good breaks and actually almost scored himself. Did he justify starting ahead of Matic? Possibly.

Paul Pogba: 6
Sloppy and rather poor first half but the second half saw great improvement. Vital in United’s attacking play.

Mason Greenwood: 5
Decision making was off tonight and he didn’t get much right to be honest. Missed a great chance.

Bruno Fernandes: 8
What a penalty – United’s best player on the night. Created countless chances for his teammates but none were finished.

Anthony Martial: 3
Genius pass to feed in Marcus Rashford who in turn won the penalty early on. Missed about 50 chances. Poor.