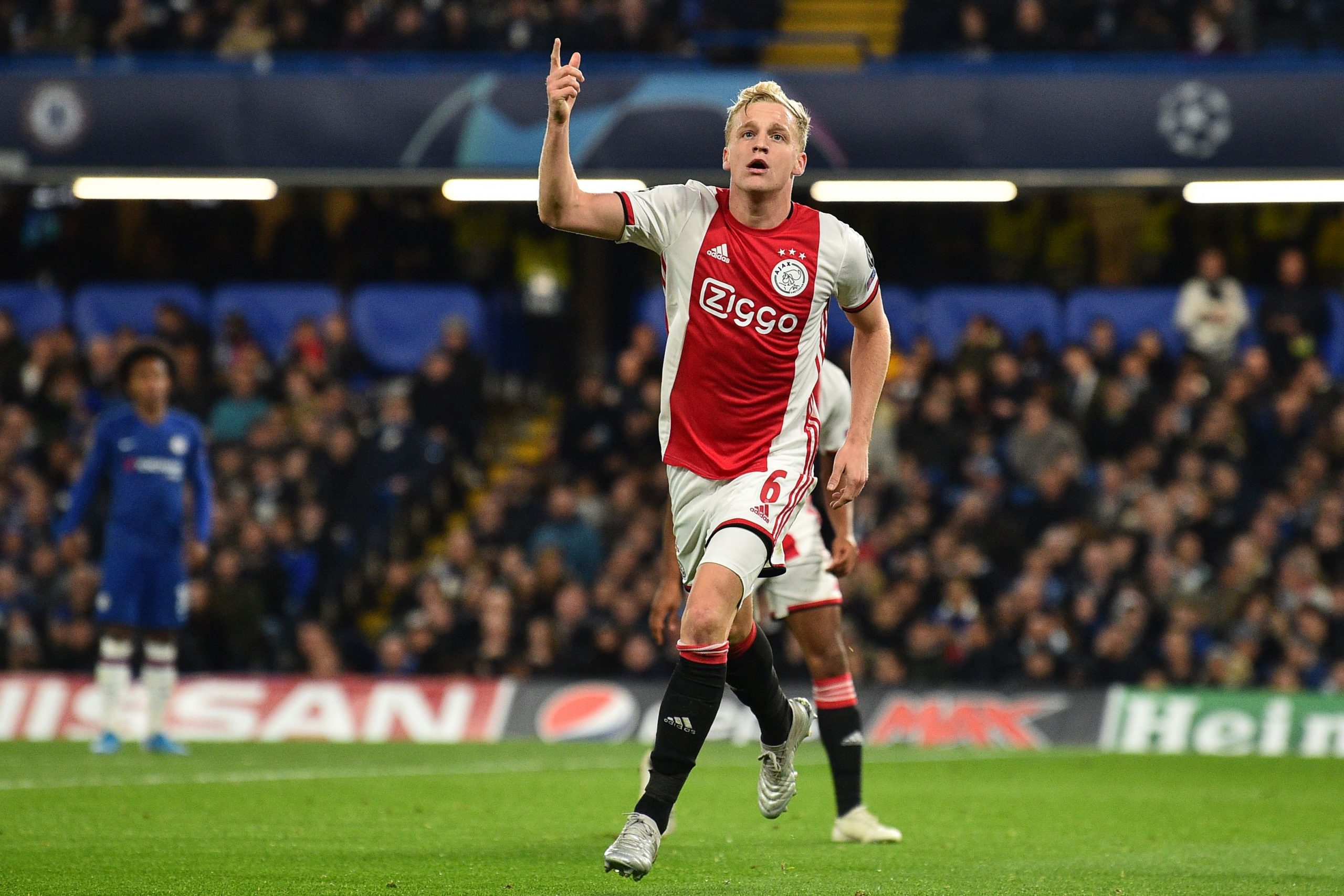 There is something about the philosophy of ‘total football’ that stands out in adoration to a lot of football supporters. Over the years, people have admired, loved and drawled over previous Dutch sides that have never won a World Cup yet have been continuously praised for adopting a unique approach to the way a match is played.

Theories introduced by the Dutch have been influential in today’s modern era. Barcelona wouldn’t have become renown for ‘tiki-taka’. Pep Guardiola would’ve perhaps adopted a different way of playing the game. Johan Cruyff wouldn’t have been regarded as one of the most inspiring performers in football history. He once argued that “football is simple, but it is difficult to play simple”. However, Manchester United’s latest signing if reports are to be believed, Donny Van de Beek, foreshadows the so-called Cruyff influence on today’s version of football.

Amsterdam has always been a city with such enthusiasm and progression. We’ve seen an array of endowment come from this region, combining an excellent work ethic with skill and artistry in the straightforward elements of football. A disciple like Cruyff, Van de Beek is a product of Ajax’s well-reputed youth academy. He joined them in 2008 and has naturally progressed through the years, eventually becoming a pivotal figure to Erik Ten Hag’s side, previous assistant to Guardiola at Bayern Munich.

It is of no surprise as to why he was attracting interest from the likes of Real Madrid and Barcelona. During his youth, Former Ajax assistant manager, Dennis Bergkamp, enthusiastically told Frank de Boer that “it was a boy who reminded Dennis of himself at that age. That was the signal for me to keep an eye on that guy. That was Donny”.

Van de Beek has represented his country since he was 16 and featured regularly from under-17 level. At just 23, he carries a handful of experience for a person so young. A temperament of being hard-working and a team player are said to be some of the key traits Ole Gunnar Solskjaer looks to identify when acquiring new additions to this newly evolved Manchester United side. With 10 senior international caps already at his disposal, he portrays talent and gift wrapped up into one present.

‘The class of 2019’ was where the man originally made a name for himself. He burst onto the European scene as part of the scintillating Ajax side that caught the eye of many after reaching The Champions League semi-finals. Van de Beek was one of the standout performers which also saw the likes of Frenkie De Jong and Matthijs de Ligt shine – both now at Barcelona and Juventus.

It was a team significantly praised for being young and hungry, coping with severe pressure to beat the likes of Real Madrid and Juventus on their quest to conquer Europe once again. De Jong, De Ligt and Van de Beek were dubbed as ‘the three musketeers’, influential to the team’s performances throughout the course of the competition. Overall, he scored 3 goals in the run to the last four, including a goal in the first leg of the semi-final against Tottenham Hotspur. Domestically, he scored 9 and contributed 10 assists as Ajax won their first league title in 5 years. Ending the season on 17 goals and 13 assists in all competitions, this was by far his most prolific season to date.

Last season, he continued to illustrate his creative abilities by providing a further 10 goals and 11 assists from the box-to-box midfielder position. Had the Eredivisie continued through the course of the Coronavirus pandemic, Van de Beek was almost certain to surpass his previous tally.

Whilst he didn’t possess the same skillset of a player like Frenkie De Jong, what made him a fan favourite was his intelligence and capabilities to think one step ahead before anyone else. This is why he is considered very versatile, being able to adopt either an attacking role as a number 10 or more of a box-to-box engine midfielder. Holding this trait would only add more value to his price, so for United to acquire him at a fee of £35.7 million, it represents excellent value of a player who is comfortable with the ball at both of his feet. Due to his all-round abilities, Van de Beek can operate as the ball-carrier in a 4-3-3 setup or can be sufficiently used in the attacking midfielder position or in the midfield double-pivot in a 4-2-3-1 formation. No wonder then, that Solskjaer was reportedly the individual that masterminded The Dutchman’s move to Old Trafford.

Despite commonly playing as a number 8 midfielder, Van de Beek likes to join in with the offensive attacks, hence his goal and assist tally being high. A well-regarded utilisation of making late runs into the penalty area is one of the key highlights to his performances, latching onto forward passes and being the so-called ‘maestro’ in Ten Hag’s team.

Furthermore to this, Van de Beek also constructs a predominant amount of Ajax attacks through the defensive aspects to his game. In the Eredivisie, he makes an average of 2.2 tackles per game – the fourth highest in the Ajax squad, proving he can help out at the back when necessary. Unsurprisingly, people have now started comparing him to a modern version of Frank Lampard, considered as the perfect ‘well-rounded’ midfielder. Overall, he made 44 tackles and pressed for possession on 237 occasions, another attribute which is essential to Solskjaer’s United. The Norwegian has repeatedly emphasised a narrative of wanting his team owning the entitlement of being the most hard-working performers in the league. With Van de Beek at his disposal, it will only further add substance to what he desires.

Manchester United supporters will be delighted at his proposed arrival. Unmistakably, he is a player that can take the squad to the next level, adding the required depth needed in the midfield area. Competition for places in the squad is healthy for creating a competitive edge to a side. What we can see from this signing, is that Manchester United have now begun phase two on their journey back to English football’s elite.