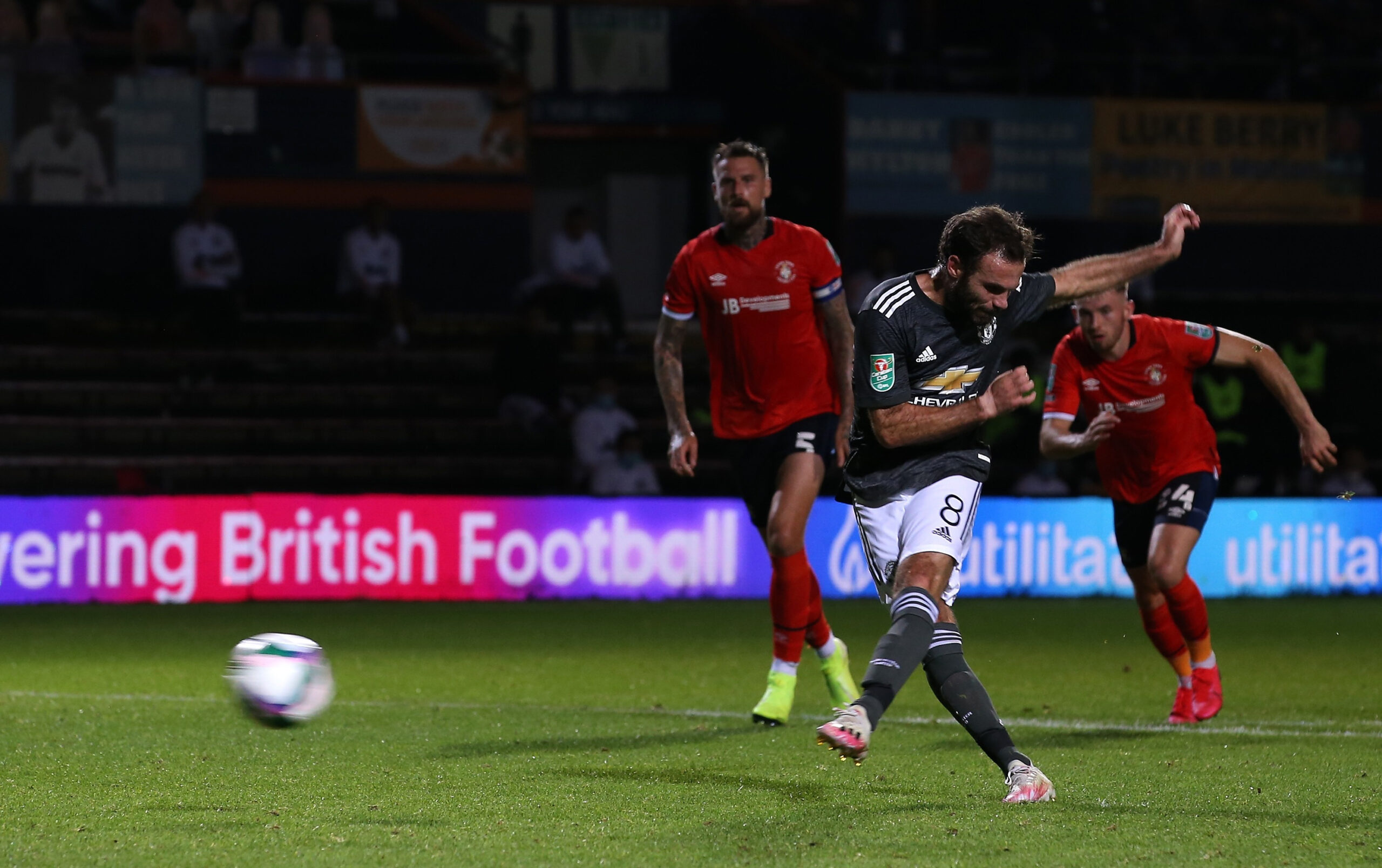 Manchester United move on to the fourth round of the Carabao Cup after a 3-0 win away at Luton Town.

The game saw Ole Gunnar Solskjær make 10 changes to team which lost to Crystal Palace with Harry Maguire being the only player to keep his place.

A late first-half penalty from Juan Mata and two late goals from Marcus Rashford and Mason Greenwood sealed the victory for The Reds.

Dean Henderson made his competitive Manchester United debut in an impressive display whilst Teden Mengi was left on the bench.

The win means that United will face Preston or Brighton in the fourth round.

Dean Henderson: 7
The United debutant didn’t have a save to make until the 80th minute where he made an incredible stop to deny Luton a late equaliser.

Wan-Bissaka: 6
Like the other United defenders, was rarely forced to intervene in front of his own goal but did his job.

Eric Bailly: 7
A vital goal-line clearance just after the heroics from Henderson was just as important as the initial save.

Harry Maguire: 6
The only player from the defeat against Crystal Palace to start and did what was expected.

Brandon Williams: 6
Got stuck in – important 90 minutes in the tank.

Nemanja Matic: 6
Had a fierce left-footed shot saved from the Luton goalkeeper Shea in the second half. Controlled well but didn’t penetrate with his passing.

Fred: 6
Luton battled hard in midfield but was matched by Fred. 90 minutes will do him good.

Juan Mata: 6
The Spaniard will always be good on the ball but the pace of the game will undoubtedly be slowed down. His late first-half penalty put United on their way.

Donny van de Beek: 7
Straight into the team after his debut goal in the Premier League, Van de Beek’s good footwork was ultimately undone by a compact Luton defence. Did well.

Jesse Lingard: 7
United’s best player until Solskjær made his changes – lively, mobile and ran into the pockets when they were there.

Odion Ighalo: 5
Cancelled out by Luton’s central defenders – his 100% goalscoring record when he starts has sadly come to an end.

Substitutes:
Bruno Fernandes: One of three players to come on in the 80th minute – assisted Greenwood’s late goal.

Marcus Rashford: Scored his first goal of the season after running through on goal. Sent the keeper the wrong way nicely.