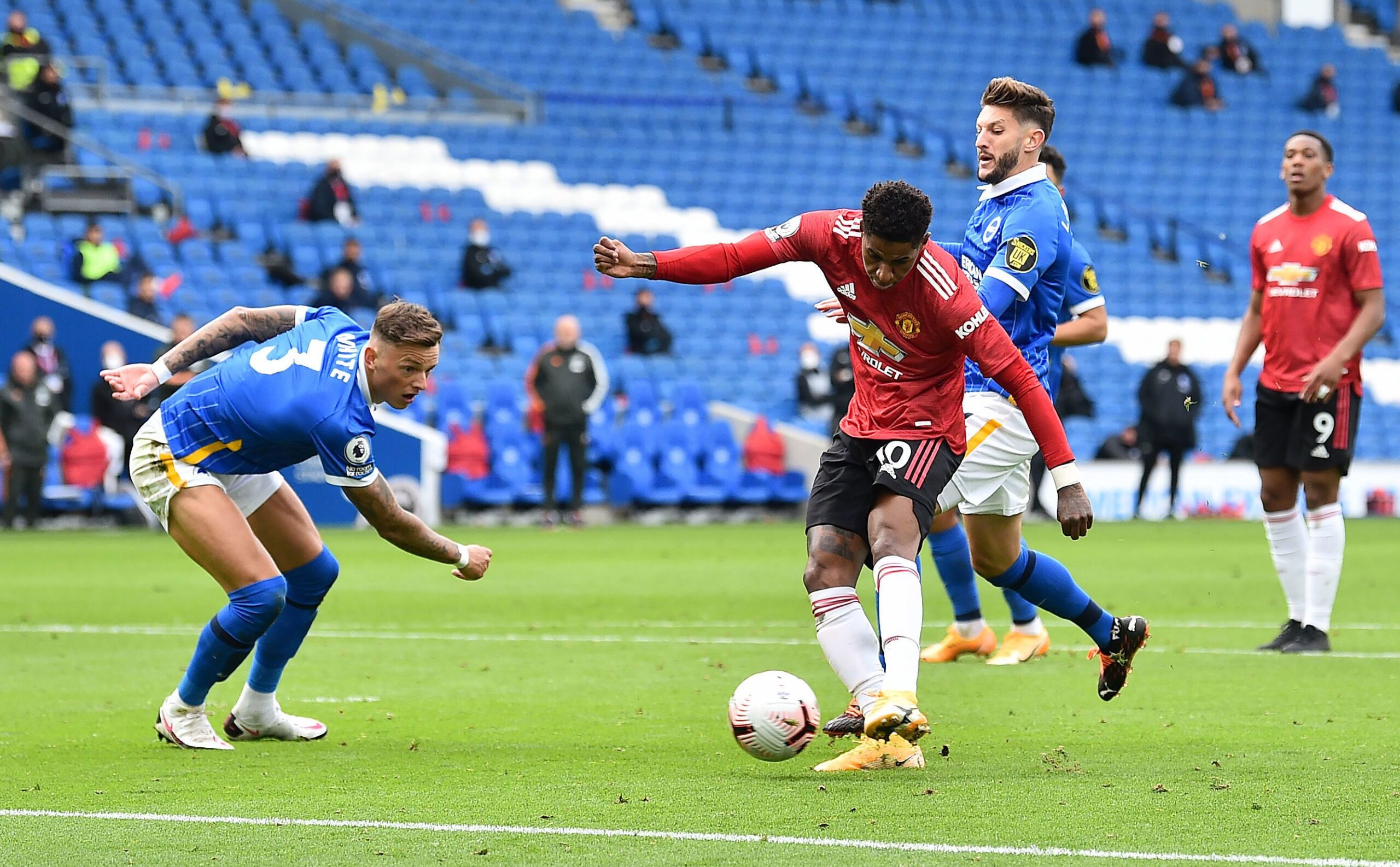 Manchester United won their first three points of the new Premier League season after an extraordinary day at the Amex.

Graham Potter’s side hit the woodwork five times, yes five times, during the 90 minutes and will consider themselves extremely unlucky to not just get a point but to win the game.

David de Gea: 6
His late save to deny Trossard looked like it could’ve saved United blushes but it didn’t. Until it actually did.

Aaron Wan-Bissaka: 4
United’s right-hand side was constantly under pressure and Wan-Bissaka’s poor positional play was largely the reason for their successful exploits. Last ditch tackles don’t always do it.

Victor Lindelöf: 5
Certainly an improvement from the horrorshow last week.

Harry Maguire: 7
A typically reliable performance from the captain, won’t be awarded the goal for United’s equalizer but Maguire has started the new season well. Won the late penalty.

Luke Shaw: 4
The runs are always there but Luke Shaw continues to be sloppy with his passing and decision making.

Nemanja Matic: 4
Off the pace, lost more or less every duel.

Mason Greenwood: 5
Ran up and down to help Wan-Bissaka, had a goal ruled out for offside.

Bruno Fernandes: 8
What a roller coaster afternoon for Bruno Fernandes. The midfielder gave away a penalty in the first half which allowed Brighton to take the lead – that summed up his first 45 minutes. He then put in a brilliant cross which lead to United’s equalizer before feeding Marcus Rashford through on goal for their second.

Nobody does penalties quite like Bruno Fernandes and his penalty, which he took after full-time, was put away fantastically well.

Marcus Rashford: 7
The best performance we’ve seen from Marcus Rashford in a long while. You could watch his goal over and over again – just sublime.

Anthony Martial: 4
Could’ve released the ball on six or seven occasions to put United on their way but insisted on trying to beat three men in compact spaces.