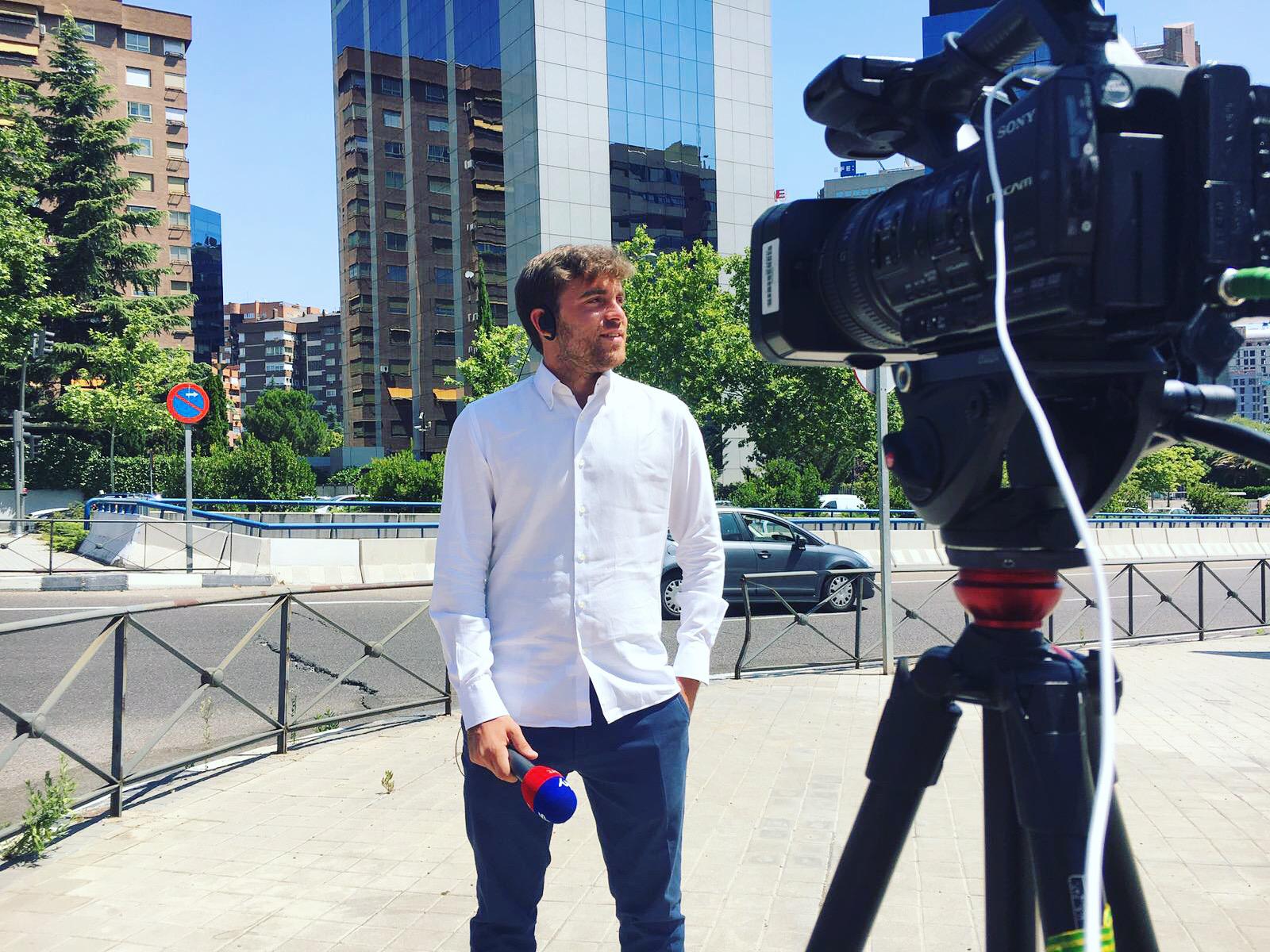 The October 5 deadline for the 2020 summer transfer window is fast approaching, and as of October 1, Manchester United have made just the one signing in Donny van de Beek. The Jadon Sancho saga rumbles on, Alex Telles’ move to United is still ongoing and concrete reports linking the club to players such as Ousmane Dembélé, Edinson Cavani and Luka Jović are starting to pop up. With an abundance of confusion amongst the United fanbase, we’re happy to introduce transfer guru Fabrizio Romano to utdreport for an exclusive interview.

Starting off with player sales… Have you seen a shift in how Manchester United have gone about offloading unwanted players this summer? In the past, the club seem to have been willing to sell players for cut prices but this summer it seems like we are holding out for our own valuations.

Yes, for sure Manchester United are changing their mentality. They want their price so they say ‘If you pay, you get the player. If you don’t, the player stays’. I think it’s good because in different times players like Chris Smalling could have left the club on loan in June or July, and now they are going to get the money they asked for in the last few days. That’s why I think it’s a good way to negotiate for Manchester United. Something is going to change about the mentality of the club about players who are going to leave the club. I expect Smalling to leave on just a permanent deal when Roma submit their new bid, but there are good chances to see Smalling come back to Roma. The same with Diogo Dalot – Roma and AC Milan want him on loan but Manchester United would just him just on a permanent deal. This is the new mentality of the club.

AS Roma and Manchester United have been locked in lengthy negotiations over Chris Smalling with an agreement thought to be close. Can we expect any other Manchester United players to make the move to Serie A? We know Diogo Dalot is wanted on loan by the Giallorossi and AC Milan, but is there any chance those clubs agree a deal which results in a permanent move?

AC Milan are just offering a loan with buy option for Diogo Dalot. Dalot would like to join an Italian club, so he can accept a move there. Also, Everton were interested in him but Manchester United refused as they want a permanent deal. What is Roma’s plan? Roma’s plan is they are going to match Manchester United’s price-tag for Chris Smalling, around €20 million or a bit less, but they also want Diogo Dalot or Timothy Fosu-Mensah on loan. They are negotiating with Manchester United for Chris Smalling and trying for Diogo Dalot. It is difficult to see Dalot as part of the Smalling deal because United only want a permanent deal. Let’s see what they decide…

Moving on to a player who now looks less likely to leave than ever – Paul Pogba. Last summer you reported that Juventus had him down as their number one target, but any move has seemingly been put on hold due to COVID-19 financial restrictions. Is there a possibility that he runs down his contract to once again leave on a free transfer, or does he really see his long-term future with Manchester United?

I am sure that without the virus Juventus would try this summer to try and bring Paul Pogba back to Juve. They are in love with Pogba and are convinced he’s the player who is perfect for Juventus in midfield. What is happening now? With the virus it is impossible to do for Juventus, and was impossible to offer €100-120 million for Paul Pogba. In this moment the player is happy with Manchester United. In the following weeks we will see what happens with Mino Raiola and the player about his contract. They will decide in the following weeks. They say ‘During the market, OK, stay quiet. We are going to decide after, then we will see’. Paul is concentrating on football and not transfers and contracts. Also, Mino Raiola will concentrate on the situation later, not immediately. This is his decision because he is working on many other deals right now. After the window he will work on Pogba’s situation. In this moment, I see Pogba happy with Manchester United, for sure.

Manchester United are trying to secure a cut-price deal for Alex Telles, with FC Porto holding out for around €20 million. Could it be that that deal now moves forward after the potential sale of Smalling to AS Roma?

I think Manchester United’s position is so clear, and they are also right because they say they won’t pay €20-25 million for Alex Telles if in three months we can sign him for free for next season. It is normal. They are going to try and sign him for a lower fee. They also have another option at left-back, so they are considering what to do in the following days. They are still negotiating with Porto for Telles. They have the agreement with the player so let’s see. At the moment, negotiations are on. Until Monday. Manchester United will work to sign a new left-back. FC Porto are not so happy with add-ons – they want up-front money. This is always Porto’s mentality. The player is hoping to join Manchester United.

It has been noted that free agent Edinson Cavani and Real Madrid’s Luka Jović have been offered to United. What is the likelihood that the club make a move for one of them? You have also previously mentioned United’s interest in a centre-back – are there any names that are in contention for that area?

Jadon Sancho was excluded from Dortmund’s Super Cup final against Bayern Munich on Wednesday ‘due to illness’. You have reported throughout the summer that the club need to pay €120 million or forget about any agreement with Dortmund but does the fact that we have entered the final week of the transfer window change the landscape? How much does the deal rely on the German club having enough time to sign a replacement or will they sell regardless if United pay up?

That’s why Borussia Dortmund say they are convinced that Jadon Sancho will stay. Dortmund are really convinced that Sancho is not moving. They want €120 million or nothing. This has been there position for three months. I always say it because this is the decision of the club. At the moment, Manchester United are not going to bid €120 million. For two months they were considering making a new bid but they didn’t. The position of the player is the same – ‘I’m happy to stay at Borussia Dortmund, I would love to join Manchester United’. Obviously he wants the move but it’s not just about him. Borussia Dortmund also have a list for a replacement but obviously day-by-day, losing time, means the deal becomes really, really difficult.

Borussia Dortmund’s insistence on using intermediaries on this deal has caused trouble for Manchester United. Do you know why they are insisting on this method rather than negotiating between the two clubs directly?

It’s part of football. Every club has this kind of work. Other top clubs work with intermediaries, it’s not just Manchester United, so I think this isn’t a problem. Obviously Borussia Dortmund have a different mentality but Manchester United are not different. They are in today’s world and today’s transfer market. It’s part of the game. Manchester United were really close to signing Jadon Sancho because they were going to bid €120 million, but then it was less – like €90 million with add-ons and instalments. They were convinced that Borussia Dortmund will accept this kind of bid in the summer of coronavirus. They were really confident. They found the agreement with the player, and then Borussia Dortmund always said €120 million guaranteed, or nothing. That’s the situation.

Borussia Dortmund state that Jadon Sancho is now not for sale after their ‘deadline’ of August 10 passed, but they are still somewhat entertaining the idea of a deal by continuing negotiations through intermediaries and leaking that it’s €120 million or nothing. Is there a secret willingness from them to cash in on a prized asset in a time where fans still aren’t guaranteed to return to stadiums this season?

I don’t think anything is secret really. Every player in the world has a price, and you have to respect Borussia Dortmund because they have always been clear – €120 million or nothing. I don’t think they want to sell Jadon Sancho. They want to wait because they are convinced that next summer, other clubs will come for Jadon Sancho, not just Manchester United. They have an agreement with the player so they are leading the race, also for the future. Next summer anything can happen, or in January. We will see if clubs like Liverpool, also clubs from La Liga [join the race]. They expect they can sell Jadon Sancho in the future for more than €120 million as they consider him as one of the best youngsters in the world. They are just maintaining their position – typical from German clubs. If you consider the Kai Havertz deal for example, between Bayer Leverkusen and Chelsea, it’s different because Borussia Dortmund are playing in the Champions League. They are in a different league in this moment. It was a totally different situation.

You can follow Fabrizio Romano on Twitter and Instagram, as well as checking out his transfer coverage on the Here We Go Podcast and The Guardian.