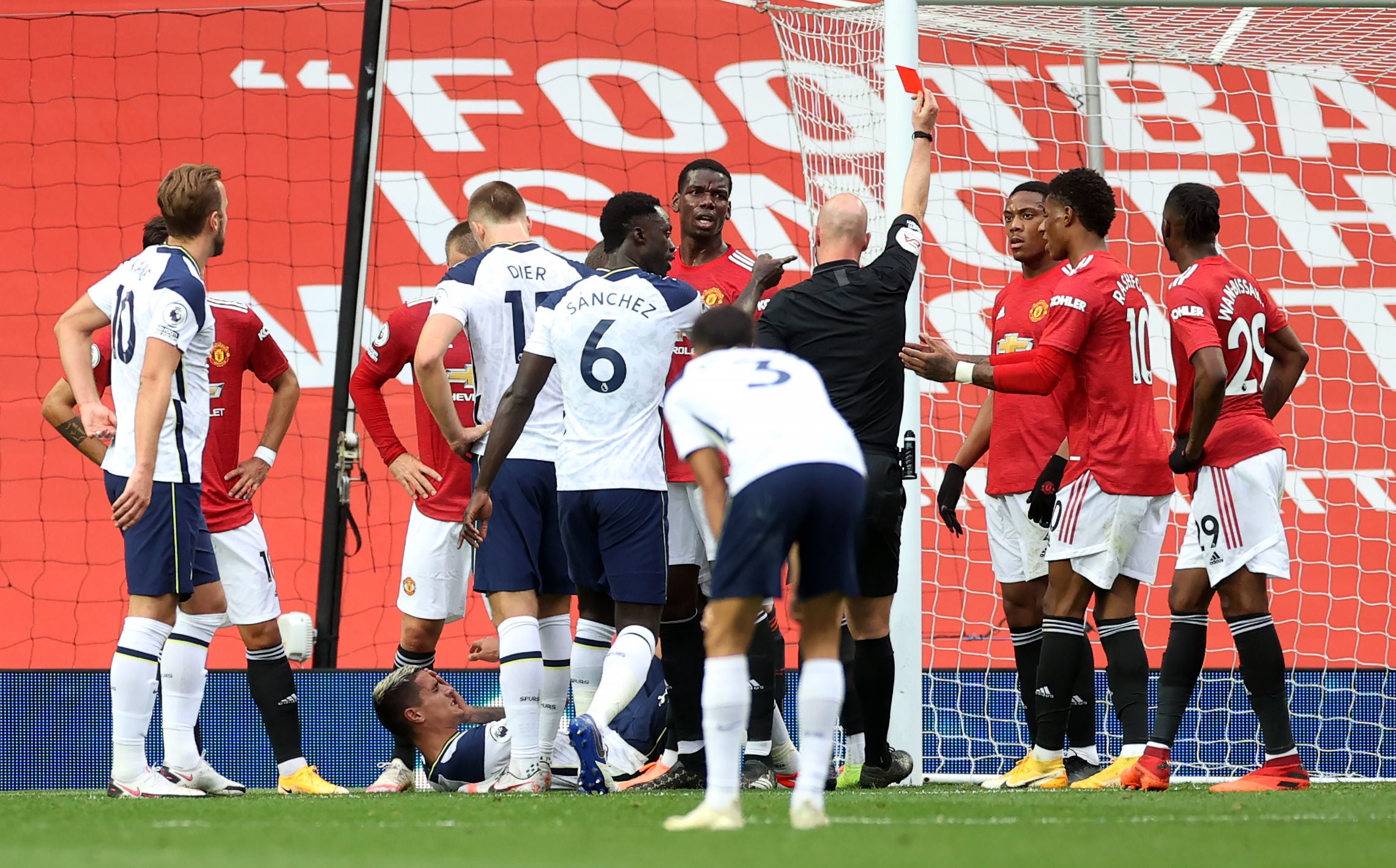 Manchester United were left embarrassed as Tottenham completely wiped the floor with them on Sunday evening.

United were on their way when Bruno Fernandes scored an early penalty but things unravelled quickly and United’s awful defence was instantly unpicked by Tottenham.

Erik Lamela’s theatrics convinced Anthony Taylor to give Anthony Martial his marching orders but what followed the sending off what spectacular.

A complete capitulation from Solskjær’s side displayed not only a lack of footballing ability, but also intelligence.

The loss means that Manchester United have now conceded 11 goals in their first three games of the season and they will count their lucky stars that they somehow managed to get the win over Brighton last week.

Aaron Wan-Bissaka: 1
Out of position every time Tottenham attacked. Just like the first few games of the season, Wan-Bissaka was awful today.

Eric Bailly: 1
Some of the things Eric Bailly did on the pitch against Tottenham was the actions of a man with no footballing IQ. Last ditch tackles and blocks only gets you so far.

Harry Maguire: 1
If United’s captain pathetic headed pass back to De Gea wasn’t bad enough, you would think that he would be able to rally the troops. United completely fell apart and the leader on the pitch has to take responsibility.

Luke Shaw: 1
Excruciatingly bad at times. Solskjær will be glad that Alex Telles is on his way in.

Nemanja Matic: 1
His roaming has cost United before and already this season, he looks tired. There is not enough cover for when he drifts to either flank and is way too slow to recover. Subbed at half-time.

Paul Pogba: 1
It seems like Pogba is trying to outdo himself every week – he gets worse with each performance.

Mason Greenwood: 5
Looked like the only player who still wanted to play when the goals were falling in. Subbed after 67 minutes.

Bruno Fernandes: 2
Scored his penalty. Not much else. Subbed at half-time.

Anthony Martial: 1
Erik Lamela should have been sent off as well but that doesn’t excuse Martial’s actions. Rightly sent off.