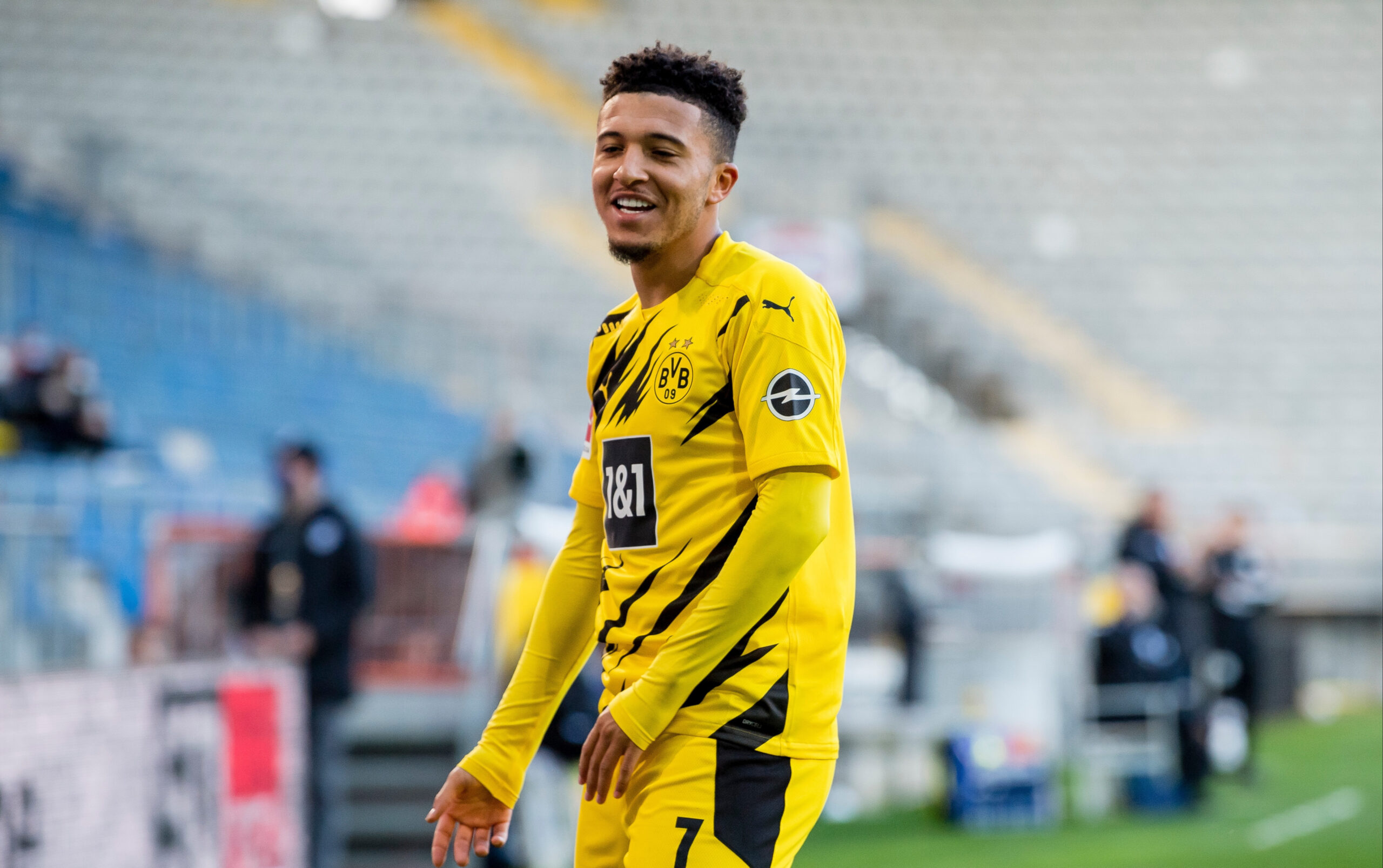 Manchester United supporters have just welcomed Amad Diallo from Atalanta to the club. The young winger, known for operating on the right-flank, is a player the fanbase is eager to see in action as part of a team that has been devoid of a natural right winger for several years now.

Amad Diallo’s signing was an unexpected one and offered some solace to Manchester United supporters in the summer prior to the 2020/2021 season as hopes of signing Jadon Sancho in the window were dashed.

However, some traction seems to be building on the Jadon Sancho to Manchester United front. Traction in the form of reports published on France Football via Sport Witness saying that Dortmund are evaluating players to replace Sancho once he departs Signal Iduna Park in the coming summer.

While there must surely be several players under consideration to replace the electric winger, France Football highlights a potential candidate added to the list in Tanguy Coulibaly.

Of course, all of this hinges on Manchester United (or another club) being able to reach an agreement with Borussia Dortmund, an agreement that couldn’t be reached in the summer prior due to the rumoured fee of 120m euros being demanded.

That number, 120m euros, is one that Hans-Joachim Watzke, Dortmund CEO, suggests is a fictional concoction.

“The alleged transfer fee often mentioned in the media never existed in reality. And if you get a signal at some point that a large part of the amount offered will only be paid in a few years, it will finally be a pure theoretical discussion.”

This can be interpreted in several ways, one being that Watzke is laying the foundation for a deal that can be concluded at a lower transfer fee, one that Manchester United may be willing to pay.

It remains to be seen whether Jadon Sancho will ever wear Manchester Red.In the meantime, all we can hope for is that this transfer saga isn’t as protracted in the coming window as it was in the last one.