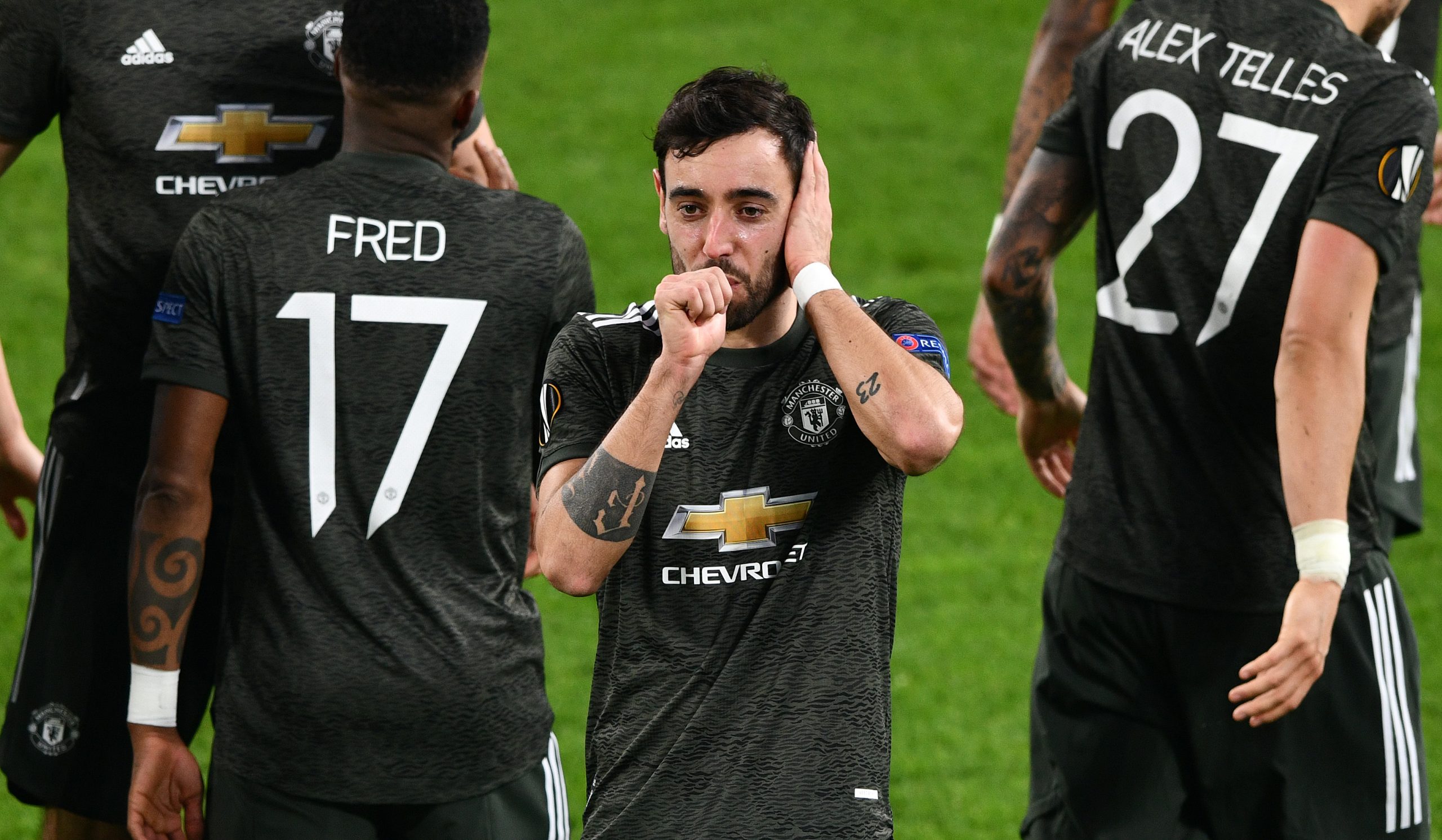 Manchester United would have certainly liked the pitch side banners in Turin to be a slightly different color on Thursday evening, but Ole Gunnar Solskjaer’s side put on a very impressive performance on their return to the Europa League against Real Sociedad, nonetheless.

After finishing third in their Champions League group, a lot was being said about the Reds dropping back down to the second tier of European football. Will they take it seriously? “Just play the kids!” Those were just a few of the talking points.

Well, United took it seriously. After getting quite a tough draw in a top five La Liga side in Sociedad, Solskjaer fielded a rotated — but still very strong — side which dispatched the Basques comfortably, 4-0.

It was the perfect first leg. The Reds bagged four away goals through a Bruno Fernandes brace and one each from Marcus Rashford and Daniel James, kept a clean sheet and are now in cruise control ahead of the return leg at Old Trafford next week.

Dean Henderson – 7
An all around quiet evening in terms of saves for the English goalkeeper, but always there when called upon. Excellent command of his box which started the counter that resulted in Rashford’s goal.

Aaron Wan-Bissaka – 7
Very disciplined defensively. Didn’t have to contribute that much offensively with Dan James marauding down the right hand side for most of the game.

Eric Bailly – 7.5
A shaky start for the Ivorian. Some return jitters and a couple of early errors that did not prove costly. Very solid for the rest of the game. Got an assists and another clean sheet alongside Maguire.

Harry Maguire – 8
Looks a different player next to Bailly, knowing the Ivorian can cover him with pace. Won all of his aerial duels and made a couple of key blocks from dangerous crosses.

Alex Telles – 7
A solid game for the Brazilian, deputizing for Luke Shaw. Dealt with many Sociedad attacks down his side well and was influential going forward.

Fred – 7.5
A very controlled display in the middle of the park. Covered for McTominay and cleaned up every mess in front of the back four in the first half and had more of a license to get involved going forward in the second once the Scot was replaced by Nemanja Matic.

Scott McTominay – 7
The first to be subbed on the hour mark, but very impressive up until then. His improvement in ball carrying and playing in tight spaces deserves recognition.

Bruno Fernandes – 9
A near flawless performance from Bruno. He was orchestrating everything and stepped up at a big moment to break the deadlock just as it was beginning to look as though United would once again struggle in front of goal. A leader’s performance.

Mason Greenwood – 7
Once again unlucky not to get on the scoresheet, but looking better and better with every game. He’s constantly improving different small facets to his game and becoming a threat on multiple fronts, not just with goal scoring.

Daniel James – 8.5
Excellent 90 minutes from the Welshman. A goal and an assist which were nothing less than what he deserved after terrorizing the Sociedad high line with his pace.

Marcus Rashford – 7.5
A goal and assist for United’s No. 10 and 20 minutes of rest to end the game. It was a frustrating opening frame with two very big chances missed, but he recovered immensely, as always.

Nemanja Matic – 7
You know what you get with the Serb. He did very well to calm things down and protect the back line, allowing Fred to play a little more freely.

Anthony Martial 7 –
After a frustrating season thus far, the Frenchman looked very confident on the ball in his 22 minute cameo. Hopefully a sign of things to coming entering the business end of the season.