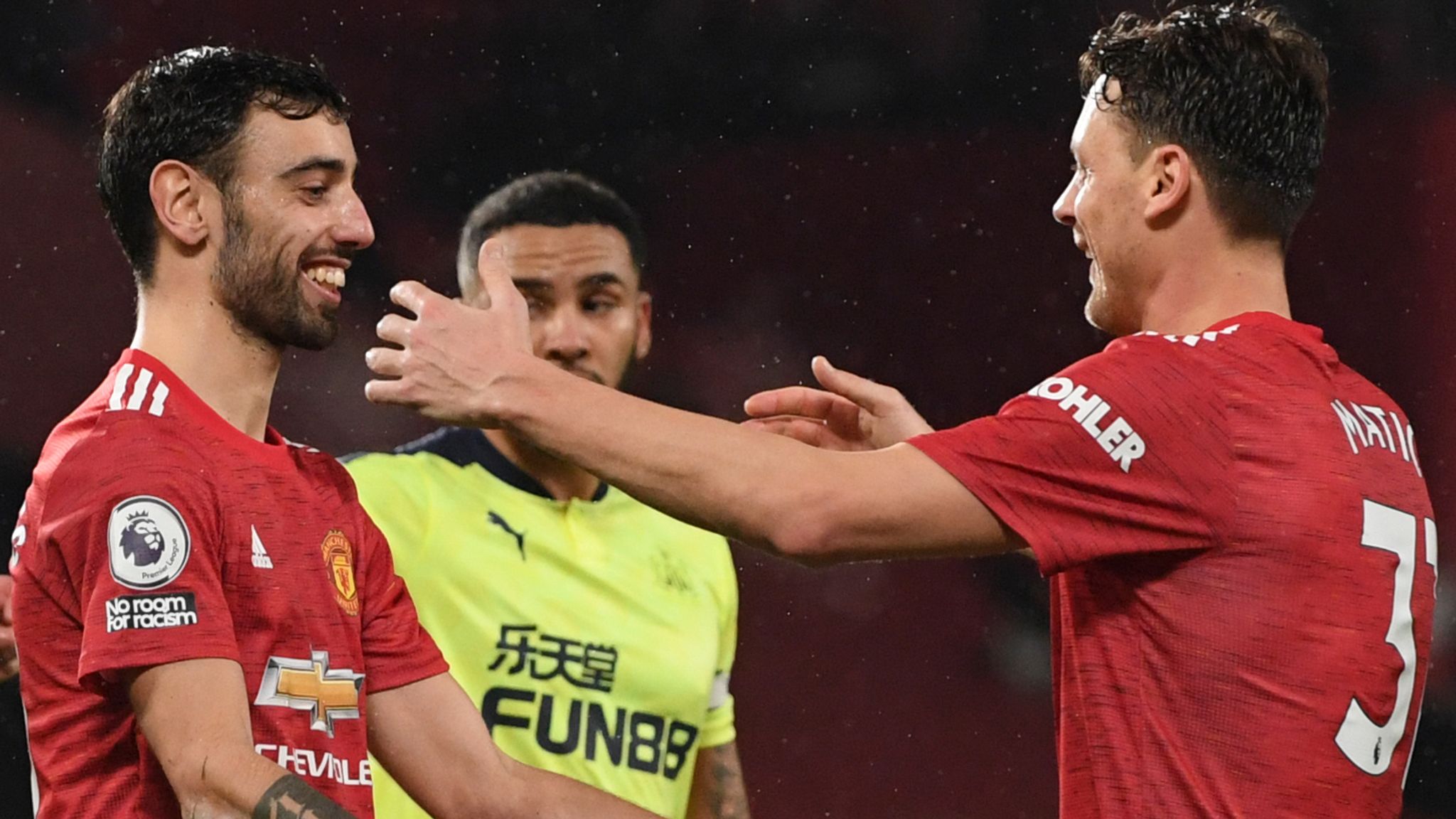 Manchester United were able to get back to winning ways on Sunday night with a hard earned 3-1 victory after a testing fixture against relegation battling Newcastle United, who now sit just three points above the drop zone.

The Reds hit a bit of a rough patch in the Premier League in February. An emphatic 9-0 win over Southampton followed by two bad draws against Everton and West Brom — United desperately needed all three points against the Magpies ahead of a tough stretch of away games starting next weekend at Stamford Bridge.

Ole Gunnar Solskjaer’s semi injury struck side were able to put Newcastle to the sword and claim the full prize, taking advantage of some fortunate results around them in the league, with the likes of Liverpool and Tottenham once again dropping points.

United looked off the pace at times and the defensive set-piece demons came back to haunt once again, but goals from Marcus Rashford, Daniel James and Bruno Fernandes propelled the reds to victory and back into 2nd place.

David de Gea – 6.5
Not the most assured performance from the Spaniard — or his back line for that matter. A couple of good saves sandwiched in between a few moments of madness and unforced errors.

Aaron Wan-Bissaka – 7
Saint-Maximin gave him plenty to worry about down his side of the pitch, but the Englishman dealt with any trouble quite comfortably.

Victor Lindelof – 6.5
The Swede returned for Eric Bailly and didn’t have a whole lot to do in the grand scheme of things. Once again didn’t look comfortable in physical battles though and too committed a few unforced errors.

Harry Maguire – 7
Did most of his assignments right but a few poorly cleared set-pieces and unusually sloppy passing resulted in a lower rating. Assist for Rashford’s goal.

Luke Shaw – 7.5
Another excellent performance from the left-back. Should’ve had a few assists from inviting set-pieces and good crosses after marauding runs down the left flank. He has turned into one of United’s chief creators.

Nemanja Matic – 8.5
Fantastic display from the Serb. Very controlling and a much needed cool head next to the energetic Fred. Perhaps surprisingly, it was Matic who contributed heavily in the final third with excellent ball progression, having a hand in two goals as a result.

Fred – 6
His work rate can never be questioned, but his passing and overall end product was just not as crisp as it has been of late.

Bruno Fernandes – 8
Bruno can have off nights but he will still end up as the main man directing the ship. Another goal and an assist to add to his record in what was for large parts a frustrating performance with not a lot of openings ahead of him.

Daniel James – 7
Rewarded with another start following an excellent performance midweek, the Welsh winger took his chance and scored a very well taken and important goal to put United up 2-1. Could have made a better decision in the final third on a couple of occasions, but an encouraging performance.

Marcus Rashford – 8.5
Man of the match display from United’s No. 10. He took United on his back from the off and scored a fantastic individual goal before winning the penalty late on which Bruno converted to send the Reds out of reach. Terrorized Newcastle’s right back all night.

Anthony Martial – 5
An uninspired and, in large parts, uninterested performance from the Frenchman. This was a big chance for him with Cavani sidelined with a knock and he didn’t take it.

Mason Greenwood – 6.5
A little sloppy with his end product but brought some good energy and movement into United’s frontline during his 20 minute cameo.