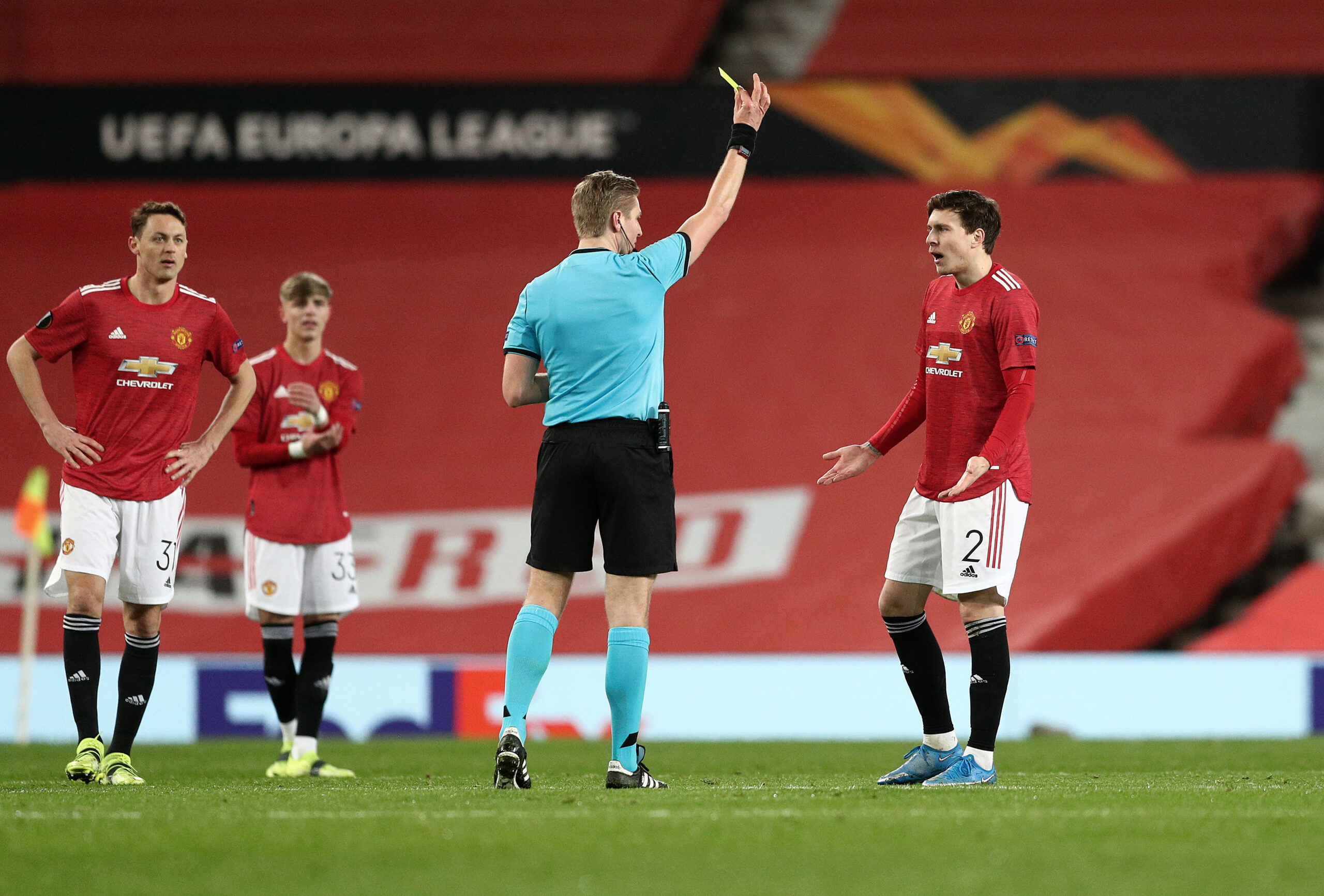 Manchester United being able to rest a few key players and giving valuable minutes to youth prospects were the stories of an uneventful 0-0 draw against Real Sociedad in the Europa League Round of 32 second leg.

The Reds brought a more than comfortable cushion back from Turin last week and could afford plenty of rotation and some experiments ahead of a huge week in the Premier League. United will face Chelsea, Crystal Palace and Manchester City — all away — in the next 10 days.

To the surprise of many, Ole Gunnar Solskjaer fielded quite a strong team. Other than captain Harry Maguire and Marcus Rashford being rested from the start, the team did not have the perhaps expected youth influx — and rather it was an experienced side tasked with carrying out a professional job.

One of the biggest talking points was the inclusion of star man Bruno Fernandes in the starting lineup. The Portuguese talisman wore the captain’s armband for the second time in his United career in a game where most were expecting the 26-year-old to be granted a night off. Solskjaer justified his decision by claiming that Bruno was out there to help maintain high standards and prevent complacency in spite of the tie being all but wrapped.

Well, since he didn’t get a rest, Fernandes went on to dazzle — as per usual — in the first 45 minutes. United’s No. 18 was at the heart of United’s relatively quiet offensive display. The Reds did create two very good chances though — both with Bruno pulling the strings.

The first came early on after Fred slipped in behind the visitors backline and latched onto a through ball from Mason Greenwood. After rounding the keeper, the Brazilian looked back and spotted Bruno right on the edge of the area. Fred fizzed a low pass into the captain on the night, and a delightful first time effort from Fernandes — with the visiting keeper stranded — rattled the crossbar.

In the second, Bruno turned provider. Picking up the ball in one of his favorite areas of the opposition third — right around the 25-yard line — Fernandes spotted a promising run from the in-form Daniel James. Bruno went on to dink in an inviting, cushioned ball over the top, right into the stride of the onrushing Welshman who connected with a solid header, but it was just not powerful enough to really trouble Remiro in the Sociedad goal.

That was some of United’s best work attacking the offensively toothless Spaniards. But, sandwiched in between a rather dominant and effortless United performance was a first half penalty for the visitors.

Sociedad right back Gorosabel was found with a good through ball in behind from former red, Adnan Januzaj, getting on the wrong side of the chasing James and forcing the winger to commit a bit of a needless foul which resulted in the referee pointing to the spot.

It was one of the only moments where the visitors really caught Solskjaer’s side out and even then, they couldn’t make the reds pay.

Captain on the night Mikel Oyarzabal stepped up against Dean Henderson and lost the face off miserably after attempting a Bruno-esque hop skip — skying the spot kick high and wide. The confidence and audacity to do that with Fernandes watching on was admirable. The execution though, not so much.

The game was scoreless at the break. The second-half followed lost a little in entertainment value with both sides making five substitutes each. United made three at the interval — giving Bruno the rest of the night off and replacing him with Marcus Rashford who took over the captain duties on the fifth anniversary of his first-team debut.

The second 45 minutes also saw the Old Trafford debut of Amad Diallo. Solskjaer gave the 18-year-old Ivorian 30 minutes on the hallowed turf during which the exciting winger impressed with his confidence and willingness to work off the ball.

Another memorable story line for the glowing history of this football club was the introduction of 17-year-old Shola Shoretire — yet another academy graduate to step out onto the field on an European night under the lights. Having just signed a long-term professional deal with the club, Shoretire made his second substitute appearance in four days and became the youngest player in the history of the club to play in a European fixture.

Thursday night was undoubtedly the first of many sightings of those two at Old Trafford together.

On a pleasant evening during which the Reds never really had to get out of first gear, United looked to have won it just after the hour mark when another academy graduate in Axel Tuanzebe rose highest in the box to power home an Alex Telles corner. Unfortunately for the defender, his first ever goal for his boyhood club was taken away from him by VAR after Victor Lindelof was found guilty of committing a foul on a Sociedad defender during the set-piece.

That was by far the biggest highlight of a second half that fizzled out rather quickly. Ultimately, United only played as good as they had to, on a night when it was the visitors who had to do the chasing. It was a professional performance from Solskjaer’s side. A clean sheet and some well earned minutes of rest for a few key players ahead of a potentially season defining week domestically.