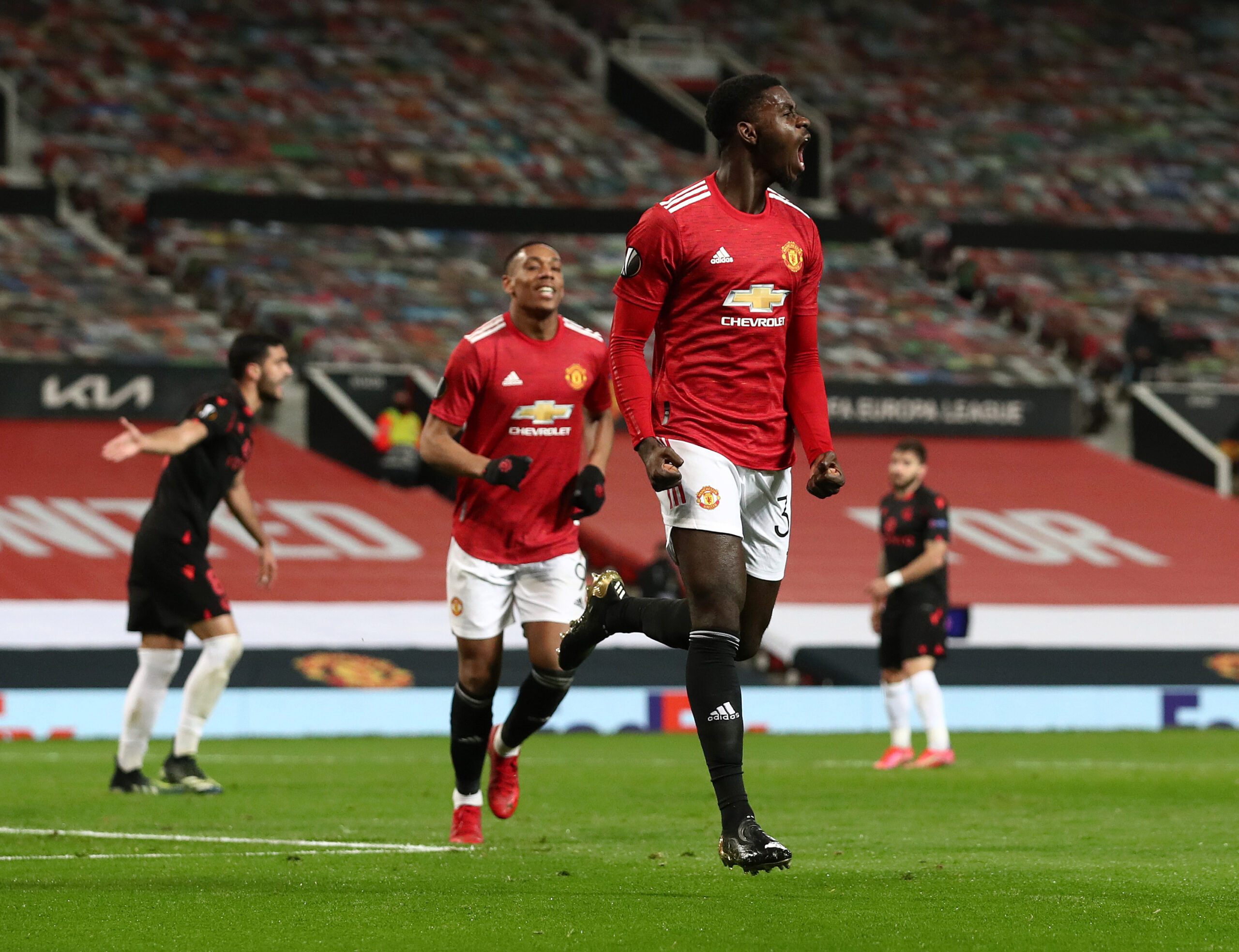 Manchester United are through to the next round after eliminating Real Sociedad 4-0 on aggregate over the two legs.

The work was done in Turin last week when goals from Bruno Fernandes, Marcus Rashford and Daniel James ensured an easy passage to the final 16.

Both sides had opportunities to break the deadlock at Old Trafford but it ultimately ended in a stalemate.

Dean Henderson – 6
Stood Oyarzabal up for the penalty and although the Sociedad captain missed the target he can take some credit in his miss. Didn’t have all that much to do but he’ll take back-to-back clean sheets.

Aaron Wan-Bissaka – 6
45 minutes and substituted with the Chelsea game in mind. Did well.

Victor Lindelöf – 6
Lucky to stay on the pitch after rising with his knee – Tuanzebe will be having a word with him surely.

Alex Telles – 7
Fantastic corner which looked to have given United a 1-0 lead but it wasn’t to be. Proving to be a more than capable back-up to Luke Shaw.

Nemanja Matic – 7
Probably didn’t expect to play the entire 90 but continued to do well after his Man of the Match performance against Newcastle.

Fred – 6
Good half with a lot of net footwork before being substituted ahead of the restart. Booked.

Mason Greenwood – 6
Anonymous early on but grew into the game.

Bruno Fernandes – 6
Probably should not have played any part but played 45 minutes. Almost scored a wonderful goal after some good interplay on the right-hand side.

Daniel James – 7
Exciting once again and seems to be building on his new found confidence. Came off with a knock but it looked like a precaution.

Anthony Martial – 5
More involved than in recent games but more is still expected of the Frenchman.

Brandon Williams – 5
Struggled from the first whistle to the last after his introduction and probably accumulated up to three yellow cards.

Axel Tuanzebe – 6
Axel looked a like a relieved man when he scored from Telles’ corner – it was supposed to be his first goal for Manchester United. But Lindelöf’s blatant foul ruled it out. Good performance nonetheless.

Marcus Rashford – 5
It’s hard to understand why Rashford came on in an already dead tie.

Amad Diallo – 6
After making his debut last week in Turin, Diallo was given roughly half an hour to impress and dazzled the opposition instantly with some fantastic footwork. United lost their grip of the game in the second half which ultimately limited his involvement.

Shola Shoretire – N/A
Back-to-back substitute appearances for United’s 7th youngster ever player. What a week for the teenager.