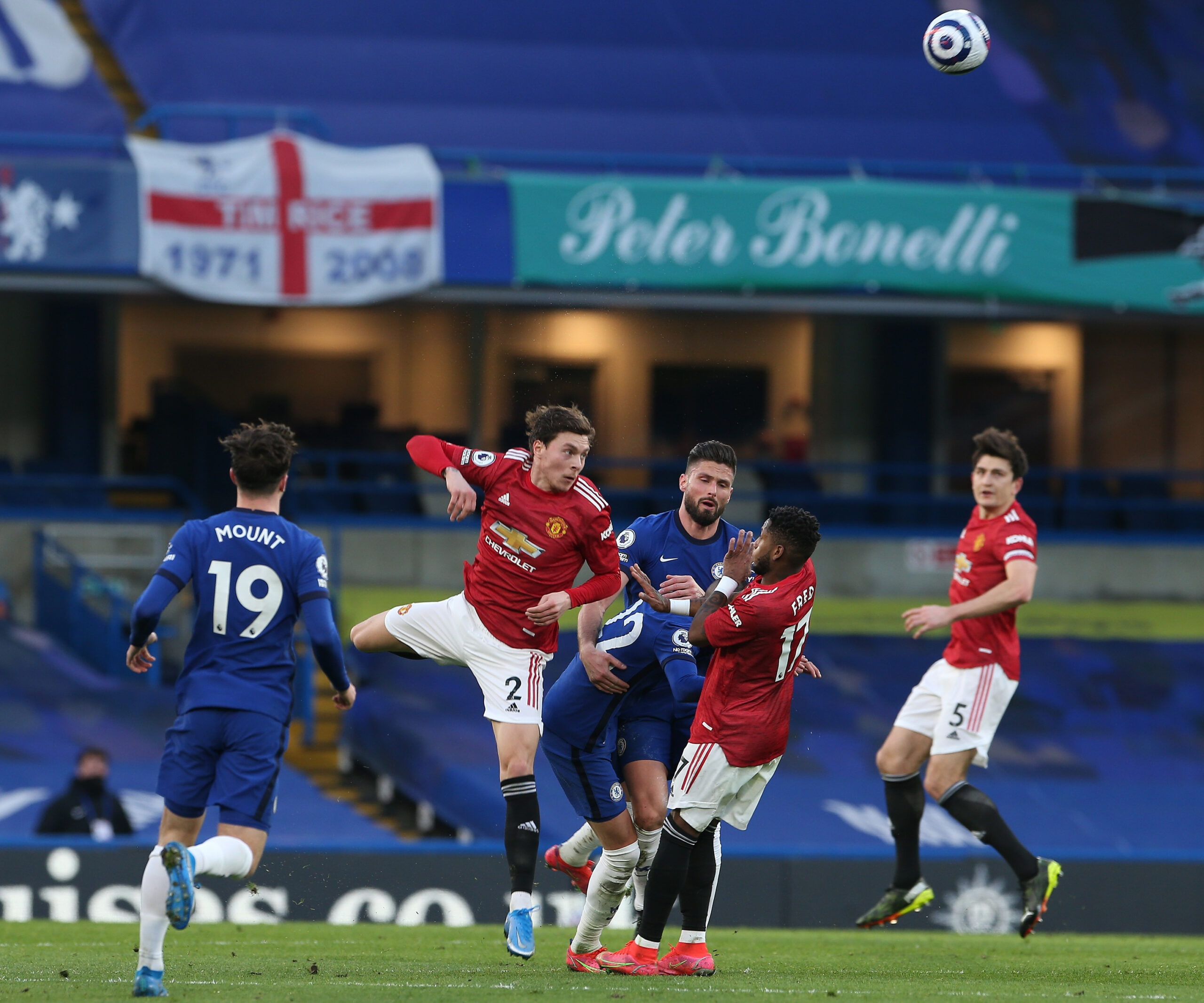 It’s another stalemate for Manchester United as they leave Stamford Bridge with just a point but they were made to work hard for it.

Chelsea came into the game with wind beneath their wings, fresh off the high of beating Atlético Madrid away from home and naturally on the ‘new manager bounce’.

But United came closest to breaking the deadlock with the best chance falling to Scott McTominay.

United were denied a penalty in bizarre fashion when Callum Hudson-Odoi handled it in his own penalty area, with Luke Shaw confirming that referee Sturt Atwell told Harry Maguire the public reaction influenced his decision.

“I even heard the referee say to H [Maguire] if I say it’s a pen then it’s going to cause a lot of people to talk afterwards,” Shaw said after the game.

David de Gea – 7
Comfortable saves for most of the game but pulled out a strong hand to deny Hakim Ziyech early in the second half.

Aaron Wan-Bissaka – 8
Flawless defensively but didn’t get forward as much as he’s done recently.

Victor Lindelöf – 9
Picked ahead of Eric Bailly and once again in a big game, the Swede was flawless. Pulled of a goal-saving last-ditch clearance on Timo Werner in the final 10 minutes.

Harry Maguire – 9
The most recent of an extended period of solid performances. Commanding, assured with the ball and real leadership. Colossal in the aerial duels.

Luke Shaw – 8
Almost unbeatable in one vs one and put in some good balls at the other end of the pitch but ultimately not enough.

Scott McTominay – 8
It’s fair to say that without McTominay against Chelsea, United leave Stamford Bridge with 0 points. It was a welcomed return but he really let himself down in the final stretch. Rashford and James were completely unmarked on the counter but the Scot instead opted to cut it back, allowing N’Golo Kanté to intercept.

Fred – 9
Ole Gunnar Solskjær’s reaction to Fred’s second half right-footed curler was hilarious – it was the second of three shots this evening and he actually came close to scoring. But what he did in midfield was nothing short of heroic – he was everywhere.

Bruno Fernandes – 6
Very sloppy in his passing but was very isolated with few options.

Marcus Rashford – 6
Similar to Fernandes, very isolated and often when Luke Shaw was in a defensive position.

Mason Greenwood – 6
Very lightweight on many occasions, failed to hold the ball up and bring other players into the game.