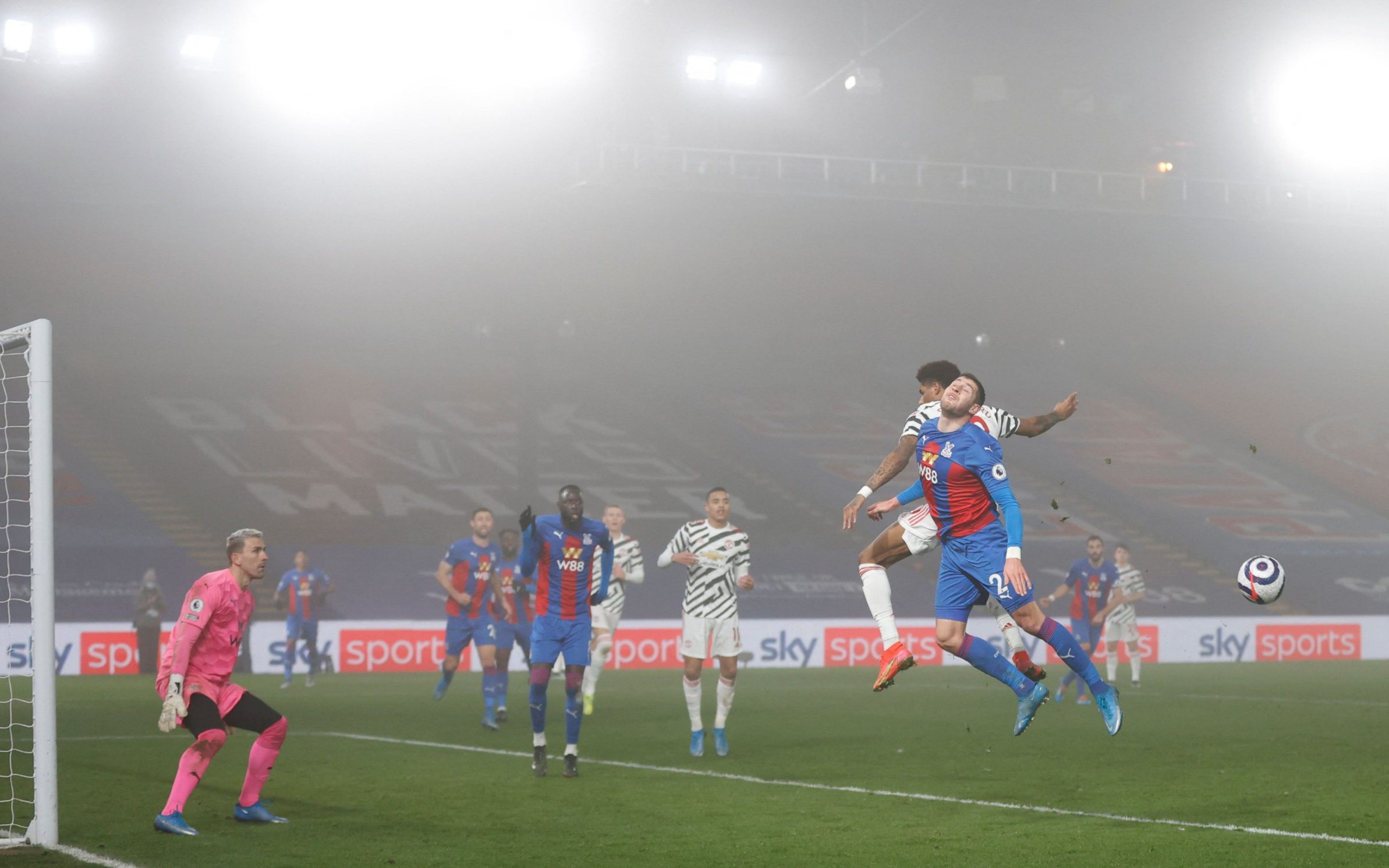 A dense fog oversaw Manchester United’s uninspired 0-0 draw against Crystal Palace at Selhurst Park on Wednesday night, but not for there being all that much to see on the pitch anyway.

Ole Gunnar Solskjaer’s side hadn’t scored a goal in all competitions since they put the struggling Newcastle United to the sword 3-1 a couple of weeks ago — amounting to 180 minutes of football. Back in the capital following a goalless draw on Sunday, the Reds extended that run to 270 minutes.

Over four hours without seeing the ball hit the back of the net is when it starts to become a bit of a concern. Something disconnected within United’s front line. They all look like their heads have dropped ever so slightly, with no exceptions.

United have built themselves a bit of a reputation for being slow starters this season, and Wednesday at Selhurst was more of the same. The Reds impressed by consensus with their urgency and terrific work off the ball at Stamford Bridge on the weekend, but those two things in particular did not look to have made the return trip back to the capital.

The hosts, as per most seasons, are hanging in and around the drop zone. But, missing their main man in Wiflried Zaha, Roy Hodgson’s side looked keen to at least give it a go. They enjoyed a brighter start but to no much success. Dean Henderson, who was deputizing in goal for David de Gea — out for personal reasons — had little to nothing to do for the duration of the game.

United did a lot of huffing and puffing in the opening 45, but the Reds moved the ball side to side with not enough conviction to really cut through a compact Palace defense. Although it must be said, the first half looked a lot more promising than the second.

The best chance of the half fell to the Reds relatively early on. It was one of the only sequences of play during which the visitors passed the ball around with a little bit of zip behind it. The latter stages of it saw Bruno be the recipient of an incisive pass inside the box.

Having scanned the area, the Portuguese midfielder cleverly laid it right into the path of Nemanja Matic who telegraphed a shot from a mile away. In spite of that, the Serb let rip with venom and a nasty deflection along the way caused Vicente Guaita to make a sensational, acrobatic save to keep the game level.

Luke Shaw, oozing in confidence as of late, put in another standout shift on a largely unexceptional evening. The Englishman was everywhere up and down the left flank in the first half, causing the Eagles a lot of problems with his crossing. One of them, executed perfectly, first time, found Marcus Rashford inside the area. United’s No. 10 touched it down exceptionally before firing a low effort just wide of the near post.

One good save from Guaita was about as exciting as it got for those affectionate to the team from the Red side of Manchester.

After the interval, you guessed it; it didn’t get much better.

United looked to have taken their foot off the gas even more. The Reds looked even more uninspired that before the break and considering they could have really done with the three points to create some separation between them and teams in third and below, it really didn’t make any sense at all.

A sense of tiredness and disinterest was starting to creep around Selhurst Park, along with a ton of frustration — most visibly from Rashford and Bruno, with both having evenings to forget.

Nothing was really coming off for either of the two star men, and one quick glance at United’s goal contribution stats this season shows why the Reds struggled when Bruno and Rashford are not at the races. They are instrumental to everything that United do well. Life without them is a horrifying notion.

The best chance of the half — but not the best on the night — for United came following a cute exchange between Bruno and Mason Greenwood, another of the front four who had a very quiet night at the office. Bruno received the ball into feet from the right hand side and immediately flicked it into the feet of the 19-year-old forward who did well to get it out and take a situational crack on goal. The ball sailed just over.

The mere fact that the above was United’s best chance of the second half should tell you all you need to know about that performance. It was every bit as uneventful as it sounds. As a matter of fact, Palace actually ended the game with more chances created and one big one that came very late on, out of the blue.

A tentative ball forward crept through a block of United defenders down the left channel and right into the stride of Patric van Aanholt. Reds defenders, certain that the play would be blown dead for offside, just stopped moving. The adventurous Dutch defender had a free crack at goal which likely could have stolen all the three points for his side. But, he couldn’t make it pay because of an excellent stop from Henderson.

The English keeper showed excellent concentration and awareness to sniff out the danger and rush off his line, making himself big and forcing van Aanholt to scuff an effort right into his body.

If there are any positives to take from this game, one of them is that Henderson passed another test of composure. It was yet another audition which saw the goalkeeper have very little chances to sing. Palace weren’t threatening for the most part, but that can often be the life of a Manchester United goalkeeper. The key is to stay locked in and be there when called upon, and Henderson did that both on and off his line, recording his eighth clean sheet of the season.

The game was blown dead soon after and United dropped points yet again. It’s very bittersweet because the Reds aren’t losing. Most of the games they’ve dropped points in were because they didn’t win battles within themselves. Solskjaer’s side seldom gets outplayed.

Since going top of the league back in January, which feels like a long, long time ago, United have only won three times in the league. They played ten games. But they’ve only lost one time. Meaning it’s not all bad. But it’s often very disappointing, especially when you consider that some of the dropped points came in fixtures against teams fighting for their life such as Sheffield United, West Brom, and now Crystal Palace.

Everyone has a right to have a bad day at work, but those are beginning to happen a little too often for the Reds against sides that they should be putting to the sword. These kind of results here and there can prove very costly at the end of the season.

Having looked very comfortable in second place for most of the season, a series of draws has given teams below United an opportunity to gasp for air and catch right back up. With the Manchester derby looming on Sunday against a City side that looks nothing short of invincible at the moment, the fight for top four may become very interesting come Monday morning.