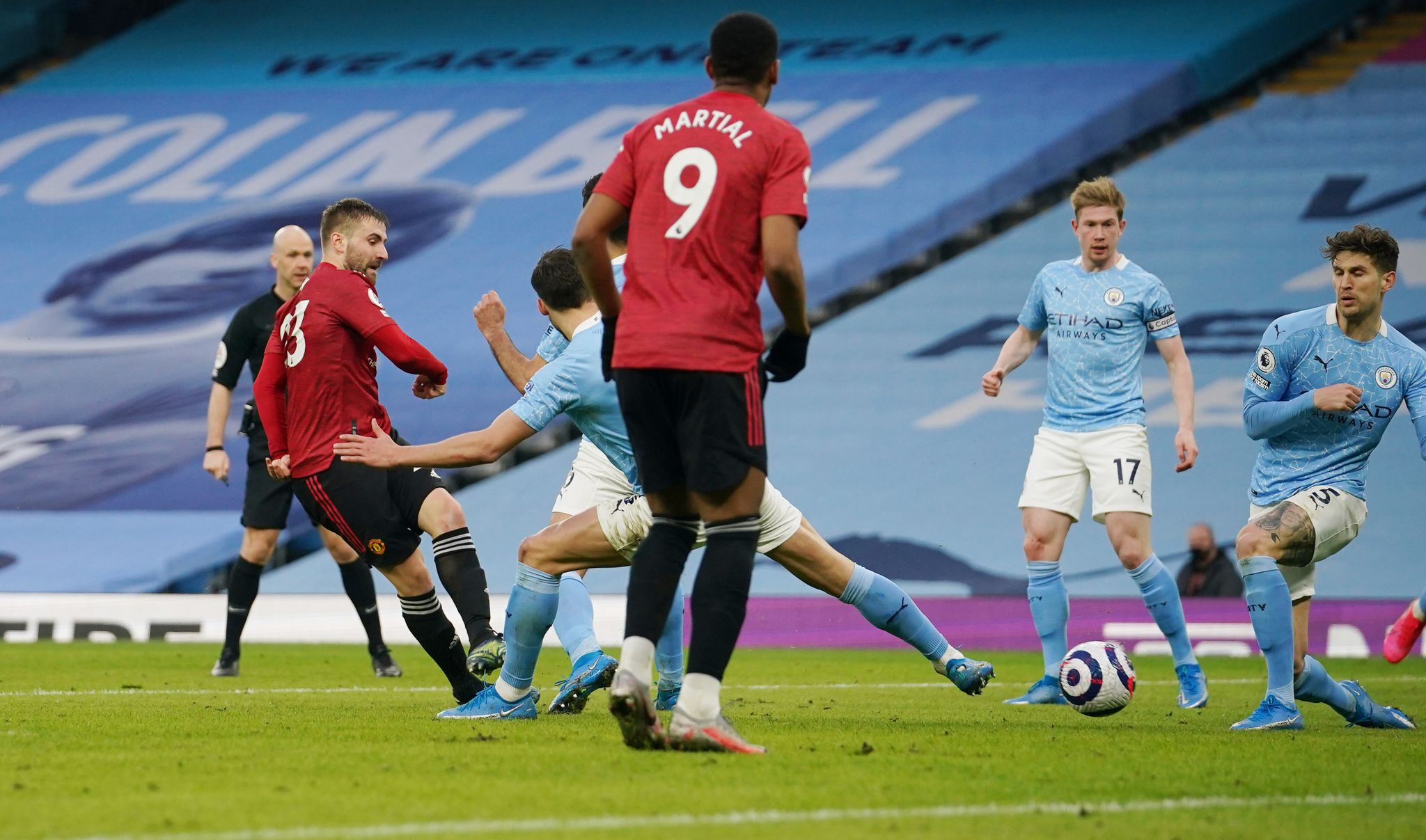 Once again, Manchester is red and United leave the neighbors ‘fortress’ having won for the third time in a row.

The two teams went into the game in very different form – City had won 21 consecutive games and on their way to a world record. United had not scored for three games and looked lethargic.

There were no surprises from either side when the team sheets were announced – Dean Henderson retained his place as expected and Anthony Martial returned to the starting team after passing a late fitness test.

Victor Lindelöf and McTominay also returned, having not started at Selhurst Park in midweek.

Manchester City had the luxury of having a full squad to choose from and fielded their strongest possible team.

The game kicked off with a frenzy and United could have scored two or three before five minutes had passed. Anthony Martial wriggled past a couple of blue shirts before being brought down by Gabriel Jesus. Bruno scored as you would expect and it sparked a 10-minute period of non-stop pressing from Solskjær’s side.

Luke Shaw had United’s second big chance of the game when United’s pressing won a loose ball in the offensive six-yard box – his right-footed shot was straight at Ederson, however.

Similar to the tactics deployed at Stamford Bridge last week, United’s high press once again worked but Manchester City worked their way into the game as the first half progressed.

United struggled to retain the ball and were caught in their own defensive third on more than one occasion and were quite fortunate to go into the break as the leading side.

There no questions over who the better side in the second half was, however. After soaking up pressure in the opening five minutes after the interval, United took control of the game and guided the match to where they felt comfortable.

Rodri’s snapshot clipped the bar after some cute interplay just outside United’s box but the next attacking move from United proved to be the killer blow.

Henderson collected the ball, threw it long to Luke Shaw who went on a surging 70-yard run. A quick one-two with Marcus Rashford allowed Shaw to guide the ball towards the far corner. It was unexpected and masked, wrong-footing Ederson in the City net.

It was only in the 50th minute but United were in cruise control from the second that ball trickled over the line behind Ederson.

Manchester City huffed and puffed but never came close to breaking down the door. Down to every little details, United were superior. They covered every single blade of grass at the Etihad and left as winners for the third consecutive time.

Talks of a title challenge are long gone but United need to cement their place as the next best team and todays performance will do them the world of good.