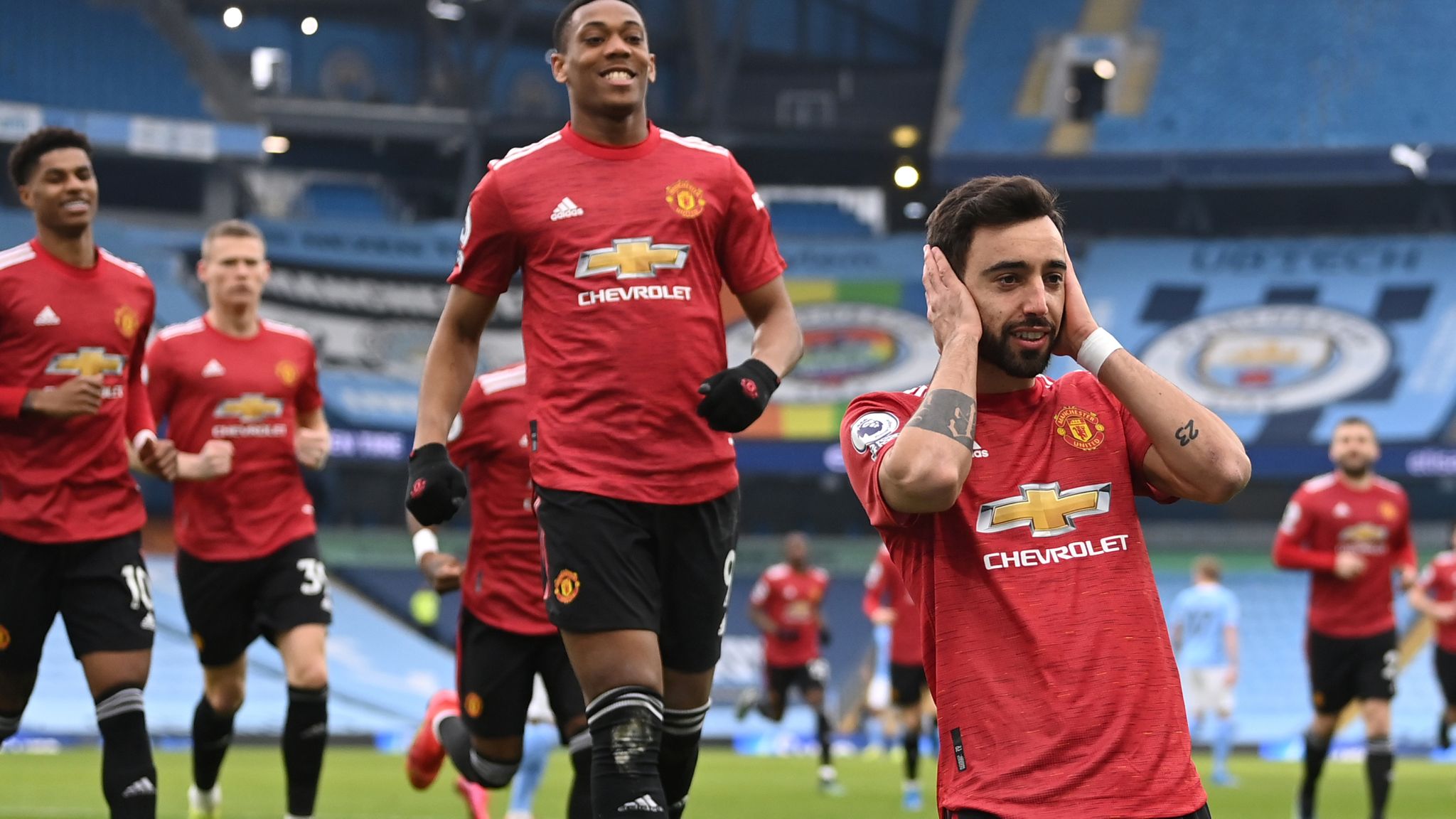 It was a performance many perhaps didn’t expect at this moment in time, but one that everyone knows Ole Gunnar Solskjaer’s Manchester United is well capable of, as the Reds outclassed their cross-town rivals with a 2-0 win.

United drew four of their last five in the league. Some of them extremely disappointing due to the level of opposition. But every team can hit a bump in the road, it’s then all about how you respond. The Reds did that in magnificent fashion.

After soaking up gallons of criticism for their lack of wins against the ‘Big Six’, United showed that there is a process taking place, and it simply needs to be trusted. There was no better way to make a statement than through ending the seemingly invincible Manchester City’s 21-game winning streak.

United are the away day kings and they proved it once again with a near flawless performance. The Reds have not lost away from home in 15 months. On Sunday, a fantastic shift overall made an excellent City side look hapless and very ordinary. Goals from Bruno Fernandes and Luke Shaw the difference.

Dean Henderson – 8.5
His first senior Manchester derby and an absolutely outstanding performance. Ever so commanding on and off his line, claiming every high ball and smartly starting United’s attacks.

Aaron Wan-Bissaka – 8
A few needless giveaways in the build up, but he wasn’t the only one. Defensively exceptional. Raheem Sterling’s biggest nightmare.

Victor Lindelof – 8
Excellent showing and clean sheet for the whole back line, including the Swede who is slowly but surely coming back into form. Good on the ball and in direct duels against Gabriel Jesus.

Harry Maguire – 8
Another quietly outstanding performance from the captain. A lot more agile than usual in anticipating and intercepting crosses. Good on the ball and in aerial duels as usual.

Luke Shaw – 8
Perhaps a little sloppier than usual with his passing, but his contributions cannot go unnoticed. Did a great job on the always active Riyad Mahrez and scored a fantastic goal after a brilliant solo run to put United up two.

Scott McTominay – 7
United’s midfield duo were a little shaky in possession for a lot of the game, but the Scot was certainly the cooler of the two. Commanding in most of his duels and gave the ball away a lot less.

Fred – 6.5
His energy and constant pressing was excellent today, but his passing let him down massively. Many unforced errors saw United absorb some unnecessary pressure.

Bruno Fernandes – 7.5
Bruno has been a little wasteful in possession in some of the recent matches vs ‘Big Six’ opposition. He eradicated those errors today. Effective in possession and in moving the ball forward. Well taken penalty to shut up some critics.

Daniel James – 7
He didn’t have much of the ball for large parts of the game, but his work off it was tremendous as always. You can always count on the Welshman to put in a shift and his pace and determination were a big problem for the hosts.

Marcus Rashford – 7.5
It was beginning to look like another one of those frustrating evenings that Marcus can have in front of goal, but he improved after the break by recording an assist and making some tremendous runs in behind the City back line.

Anthony Martial – 8.5
Only a goal was missing for the Frenchman. A colossal shift. Fantastic on the ball, careful and effective in possession, confident in his dribbling. A Man of the Match worthy display which hopefully helps him turn a corner.

Mason Greenwood – N/A
Not much time to work with but a fantastic block in the dying moments to stop Foden from scoring.