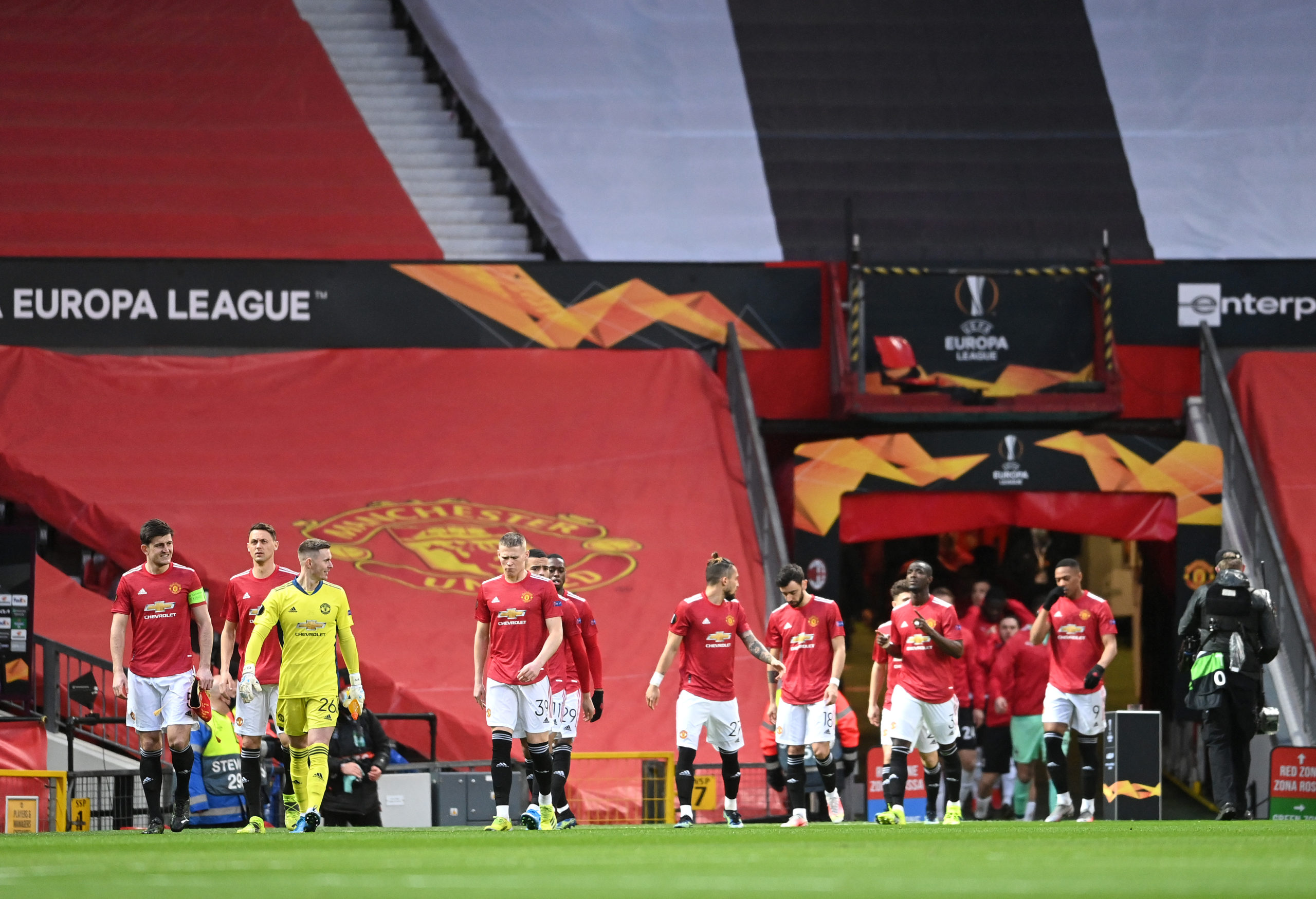 In the past, fixtures between these two former European giants have been absolute belters. Outside pre-season friendlies, the last meeting came in the 2009/10 Champions League, when both teams were in very different places. The tie finished 7-2 to United on aggregate – one could only hope for even half the action.

United named a strong XI, with only Rashford and Cavani absent through injury, as well as Bailly in for Lindelof as expected; the Swede still managing a recurring back issue and the Ivorian typically playing in the Europa League. Several youngsters were, once again, named on the bench too – an exciting prospect in itself.

While many may fear further unnecessary injuries occurring – especially against a depleted Milan side – it’s good to see Solskjær taking the competition seriously, given that it remains one of the best chances of silverware this season.

There was a relatively early scare five minutes in for the Reds as it looked as though Raphael Leao had opened the scoring. His finish well beat Henderson, who could do little other than make himself big; fortunately, he was ruled offside.

Milan started on the front foot in many senses: as well as the early chance through on goal, they were pressing high from the start and getting about the pitch much quicker than United. The away side were clearly aware of how crucial even one away goal could be.

A couple of minutes later, Martial – who put in his best performance of the season in the last game against Manchester City – let off an equally powerful shot. It looked as though it was going just over the bar, but Donnarumma had to be alert to the venomous strike.

It looked to be a first half of trading blows, as Milan once again thought they’d grab the opener through an emphatic volley from Franck Kessie. Luckily, there was a VAR check to follow (saving United’s blushes once again) and the ball was deemed to have bounced off Kessie’s arm when controlling it. Not so sure on that one.

The Rossoneri were well and truly dictating the tempo of the game and, as a result, United couldn’t settle in at all. Time on the ball seemed to be non-existent and passes were panicked and often misplaced. The midfield seemed to be where most things were breaking down.

After winning a free-kick up high, Telles did nearly fire in a whipped ball from some distance. The commentators joked whether or not the attempt was a shot or a cross; either way, it would have been some way to open your account for the club.

The pressure was relentless and United were neither able to play any possession football, nor put together any truly threatening counter-attacks. Living off scraps it would seem; Ole’s men would need to take back some semblance of control to stand any chance of winning the game.

United’s biggest chance thus far came from another set-piece, as Telles whipped in a decent ball from a corner. After being flicked on near the edge of the box, all Maguire had to do was glance it in – how he missed, I have no idea.

He effectively missed from less than a yard out; the pace of the ball and the redirection from Bruno must have made it harder to snap on to, though still not enough to explain such a sitter. About as easy a chance as you could hope for and one they would hope not to rue later on.

The first 45 ended in more panic amongst the United box, where a creative flick could have seen the away side finally get the goal they fully deserved. The home team were ultimately able to see out the half but by the skin of their teeth in truth.

Even more worrying was the sight of Anthony Martial hobbling off at the half-time whistle, after a collision some minutes earlier. The Frenchman has been out of sorts for some time and had only just gotten going in the last game, so fans will be hoping it’s nothing too serious.

The second half began with the replacement of Martial, whose injury clearly needed handling right away. It did mean that United fans were in for a full half of Amad Diallo – consider everyone extremely excited already.

As if by poetry, it took less than five minutes for the Ivorian to light up Old Trafford. After a wonderful dinked ball over the back four, the youngster virtually hooked the ball over the keeper with the back of his head. Some way to score your first goal and another assist for Bruno. 1-0.

Some might argue the goal came against the run of the play, but neither side started the second 45 totally dominating and if it was leaning towards United, they were certainly committed to building upon that momentum.

The balance had certainly shifted somewhat in United’s favour following the goal, but as the game neared the 60-minute mark, Stefano Pioli’s men were once again fighting their way back. While United came out a different team in the second half, Milan were committed to sticking to maintaining their level from the first.

They nearly had their equaliser a few minutes later after a delicious cross from Calabria was met by a powerful header from Krunić. It blazed just by the top left corner but a sign of their confidence rising.

With just over 20 minutes to go, the pendulum seemed to have swung back in Milan’s direction and they made their first subs in hopes to capitalise on it. Suddenly, United were encamped in their own half and struggling to push out. A different test for the home side now, as they looked to hold fast and perhaps break on the counter as they do so well.

Frustratingly, they got their chance and didn’t make the most of it. It was James who was the next to spurn a simple tap-in, after a perfect ball across the box from Greenwood seemed to catch him by surprise, practically slicing at and somehow putting it wide.

Ole clearly fearing an onslaught in the final quarter of an hour, he decided to make changes of his own. A triple-sub of Fred, Williams and Shaw on for Bruno, Wan-Bissaka and James – all of whom (even with James’ blunder) put in solid performances – and the rain now lashing down.

With less than ten minutes to go, United could have gone down to ten men, as McTominay foolishly brought his man down and could have seen a second yellow. A nervy end to the game ahead, no doubt.

Milan did enjoy a flurry of half-chances as the clock continued to tick on, but whether by good fortune or good shape, United looked as though they might hang on. The Italians made their final substitutions going into stoppage time.

In the end, it wasn’t to be and after conceding a corner, the delivery was good enough to find Kjaer, who headed the ball straight at Henderson, who should have kept it out. Heartbreak at the death and a huge clean sheet snatched from under them. 1-1.

On the night, you would be hard-pressed to find anyone who didn’t think Milan deserved a goal for their efforts. To be honest, United were lucky to have ridden out the game as long as they did and even a draw could have flattered them.

Man of the match, sad as it is, goes to an opposing player: Franck Kessie. One of the two Ivorians who brought life to the game and was the best player on the pitch by some distance. Aside from his disallowed goal, he was absolutely everywhere and as well as outclassing everyone in the middle of the park, looked like a threat going forward at every turn.

A bittersweet end to what would have been a wonderful night to remember for Diallo, the one takeaway is that United now know not how tall an order the next leg will be, especially away from home. Their record on the road has been immense but it only takes one match. Nevertheless, things are poised for a dramatic sequel at the San Siro.