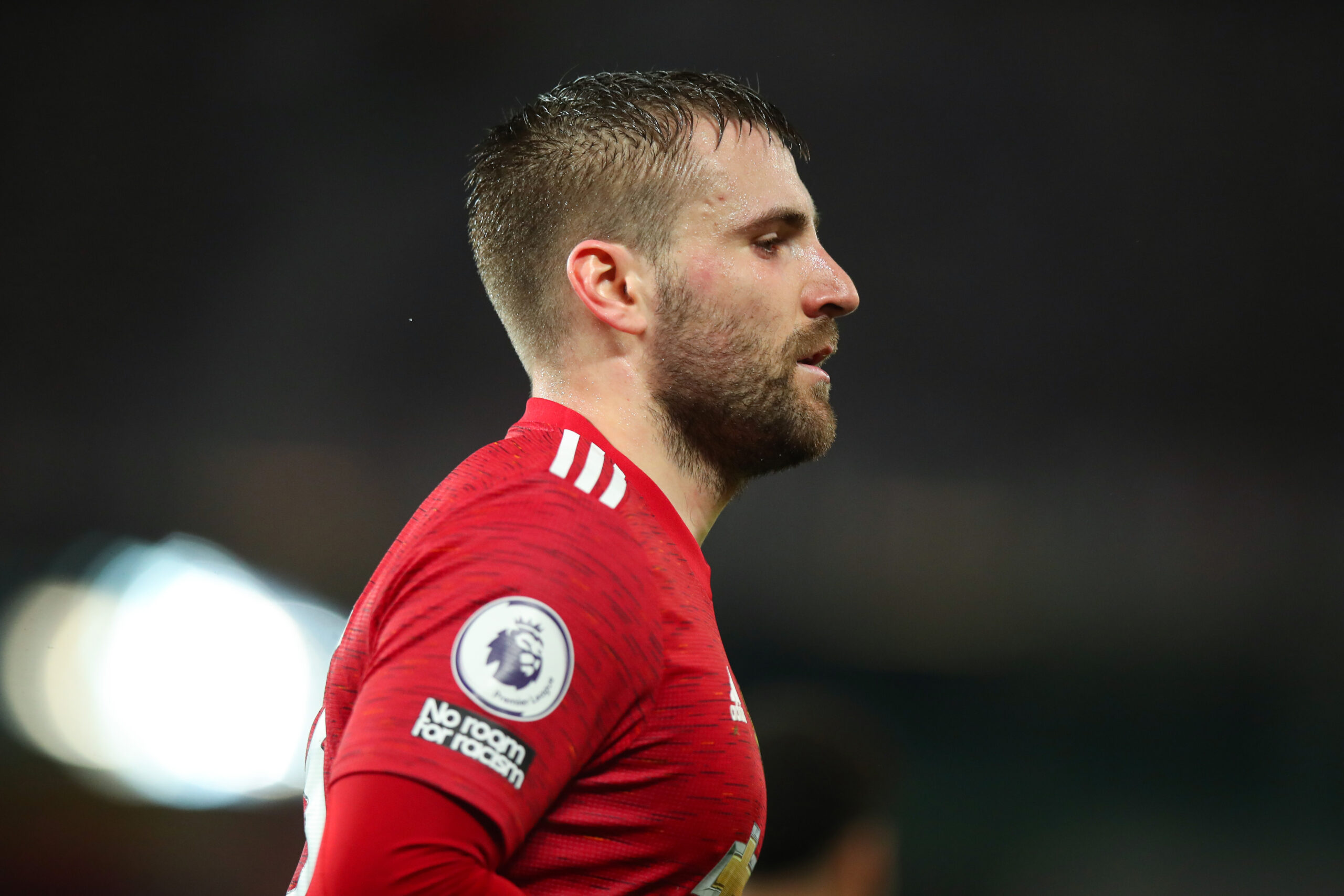 Manchester United left-back Luke Shaw has come a long way since post career threatening injury struggles had him experience some of the toughest years of his still young career.

The 25-year-old was just finding his feet and forming a promising partnership with Memphis Depay under Louis van Gaal following a big money move to Old Trafford from Southampton when a hard tackle in a Champions League tie against PSV saw his leg fractured in two places.

The journey back was never going to be easy, and it wasn’t. Shaw went from admitting that he was close to completely losing his leg as a result of post injury complications, to some real on and off the pitch struggles under the stubborn tutelage of Jose Mourinho, to now being one of the stars of the show in a rapidly rising United side led by Ole Gunnar Solskjaer.

Having notched up one goal and five assists in the Premier League this season, the 2018/19 United Player of the Year has cemented himself as one of the world’s finest in his position and a key piece in the ongoing formation of a new winning formula at the Theater of Dreams.

Fitter and more effective than ever, not only the United faithful have taken note of the full backs strides. United are set to face the in-form West Ham on Sunday, and fellow left-back Aaron Cresswell — who too is having an outstanding season of his own — was full of praise for Shaw and his resurgence.

“I’ve been very impressed with Luke,” Cresswell told the Mirror. “When he first burst on to the scene at Southampton, I remember thinking, ‘This kid’s going to be world class. He had everything at 17, 18: the size, the power, pace, an ability with the ball.

“Then he had a bad injury and he had a tough time under Jose Mourinho at Manchester United, but this year you could arguably say he has been the best left-back in the Premier League.”

The toughness of Shaw’s journey could break many, but it has arguably made him. It added that mental toughness that is needed along with the talent in order to be one of the leaders at a club of Manchester United’s stature.

The next natural step would be to get back into the England set up — something that Shaw’s consistency has thoroughly deserved. Cresswell himself is also in contention for what he and the Hammers are doing in the league this season — currently sitting in 5th before their trip to Old Trafford.

But Cresswell was coy in assessing his own chances at breaking into the fold from a deep pool of talented left-backs: “You look at the likes of Luke, who has been absolutely fantastic this season, only 25, and Ben Chilwell, who did really well at the start of the season and is still continuing.

“Look, I’ll never give up on playing for England, but I’m 31 now. And you look at some of the younger boys and the way the squad is going, it is one of the strongest England squads of the last 20 or 30 years and they’re going to go on in the next 10 years and do some great things, and get a trophy hopefully.”