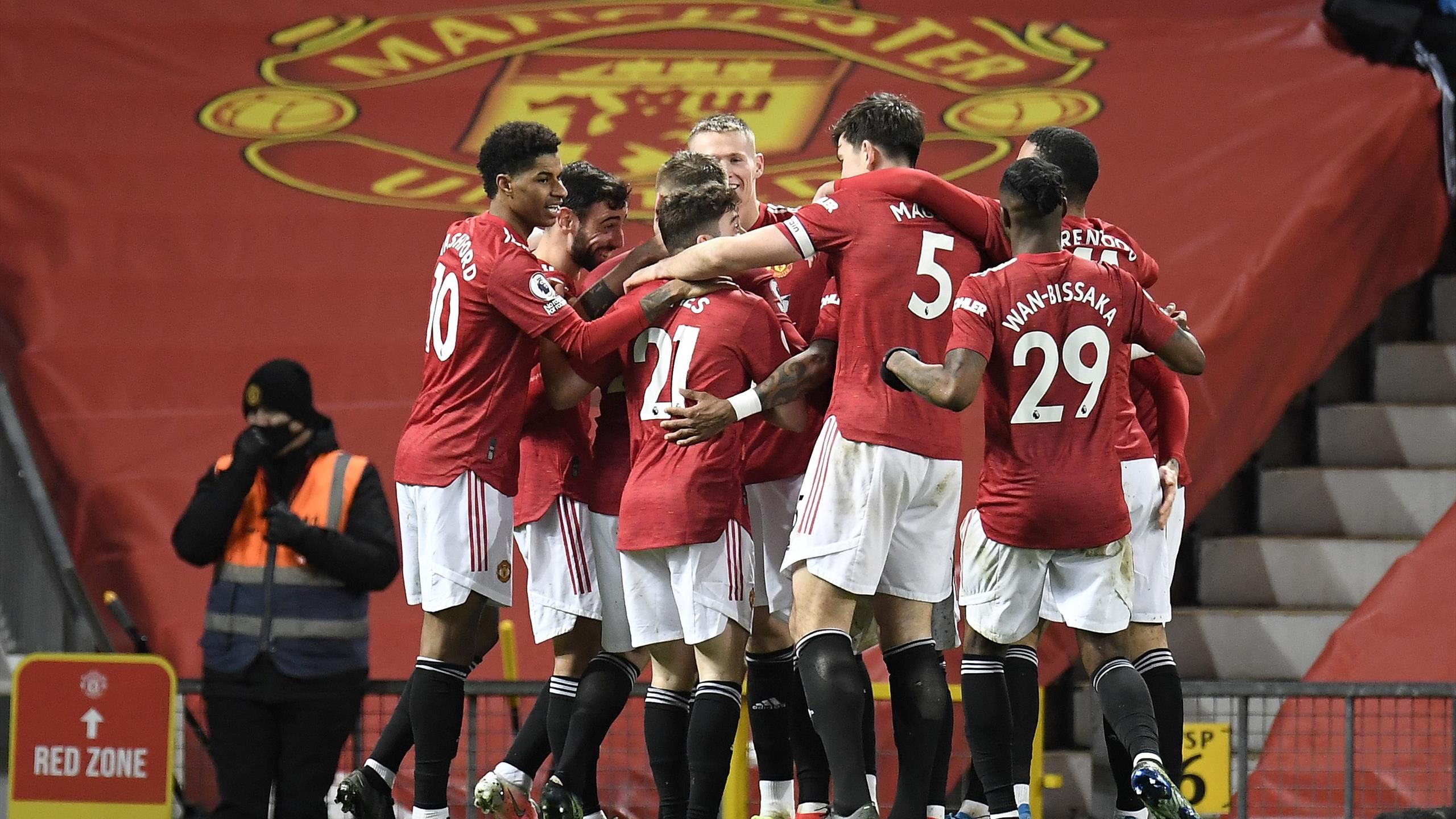 Manchester United were dominant as ever on Sunday night as they held West Ham to no shots on target, secured their fourth consecutive clean sheet in the league and in the end cruised to a 1-0 victory over the in form Hammers.

The biggest issue for Ole Gunnar Solskjaer’s side of late has been dropping points in games that they were in position to win. The Reds have only lost once since November of last year, but City have created a 14 point gap at the leagues summit as a result of United’s slip ups from winning positions.

The Top Six fixture against David Moyes’ in-form West Ham was a dangerous one on paper. The Hammers just went to the league leaders and challenged them until the very end last week. But the Scot was much shier in his approach on his return to the Theater of Dreams.

Sitting in fifth, the visitors had absolutely nothing going for them on Sunday, providing Dean Henderson with another clean sheet and the quietest of nights at the office. In spite of a number of injury issues, United were ever so comfortable throughout and should have scored more than one.

United were lethargic to start, but that unfortunately has become somewhat of a tradition. The Reds have made it a habit to need around 15 minutes to find their feet and get into the game. But once they did, there was only ever one team wanting to play football.

The hosts put West Ham under the cosh and forced the visitors to defend with essentially nine men. The Londoners only outlet was the relentless Michail Antonio who ran down every single loose ball that his team mates booted away.

The visiting goal was all but cursed by a Lukasz Fabianski spell in the opening frame, as United created a few promising chances but failed to convert.

The best of the bunch came after Fred picked up a loose ball in midfield and pushed it forward with pace. It eventually found its way into the feet of Mason Greenwood — playing as a No. 9 tonight — via Bruno Fernandes, before the young Englishman cleverly got it out of his feet and fired a low effort at the Pole’s goal. It was followed by a superb save that tipped it onto the post.

Another decent chance was also created by the 19-year-old who was shining all night long, all over the final third. This time on the right, Greenwood got on the ball and sized up his options before curling a delicious cross onto the back post, finding a wide open Marcus Rashford who just struggled to direct his free header on target.

The tie being deadlocked at the break didn’t reflect the events occurring on the pitch as the Hammers went down the tunnel with 0.00 expected goals.

After the break, it was more of the same. United picked up the tempo ever so slightly and the visitors looked arguably even more reluctant to play any football. Moyes’ intentions were crystal clear — a draw was totally satisfactory.

But United forced their former manager to change his approach drastically eight minutes into the second half, as Bruno’s inviting in swinger was met by the head of Craig Dawson who steered the ball into his own net. Credit needs to be given to Scott McTominay here too as the midfielder had an outstanding game and pressure the West Ham defender into making the costly error.

As was to be expected, the game opened up ten fold after United went ahead and West Ham immediately made two attacking subs, ditching their five at the back formation. And with the visitors more adventurous, sure enough spaces too began opening up for the Reds who are always keen to run on the break.

Bruno had a good effort from outside the box saved well by Fabianski later on in the game before Greenwood almost rounded off a great center forwards performance with a goal in the dying moments of the game as his blistering breakaway alongside Rashford ended up in the 19-year-old rattling the post with Fabianski rooted to his spot.

The Reds had a few more half chances that lost their fizz due to sloppiness and lack of cool heads in front of goal — but as a whole, the overall performance was excellent.

The only downside — for argument’s sake — is that Solskjaer did not make any subs in spite of two massive cup games looming later on in the week. But the manager explained that he does expect some injury returnees in the coming days, meaning that decision shouldn’t be an issue.

Limiting a talented West Ham side to zero shots on goal is quite the feat and should act as a further confidence booster to a United defense that has been formidable in recent weeks, but still ever so prone to an error or two.

This win means that Solskjaer’s side will jet off for the international break in second place, 14 points behind the leaders (with a game in hand) and nine points ahead of the Hammers who are in fifth, although tonight’s visitors do have a game in hand in this case, looking at the Top Four picture