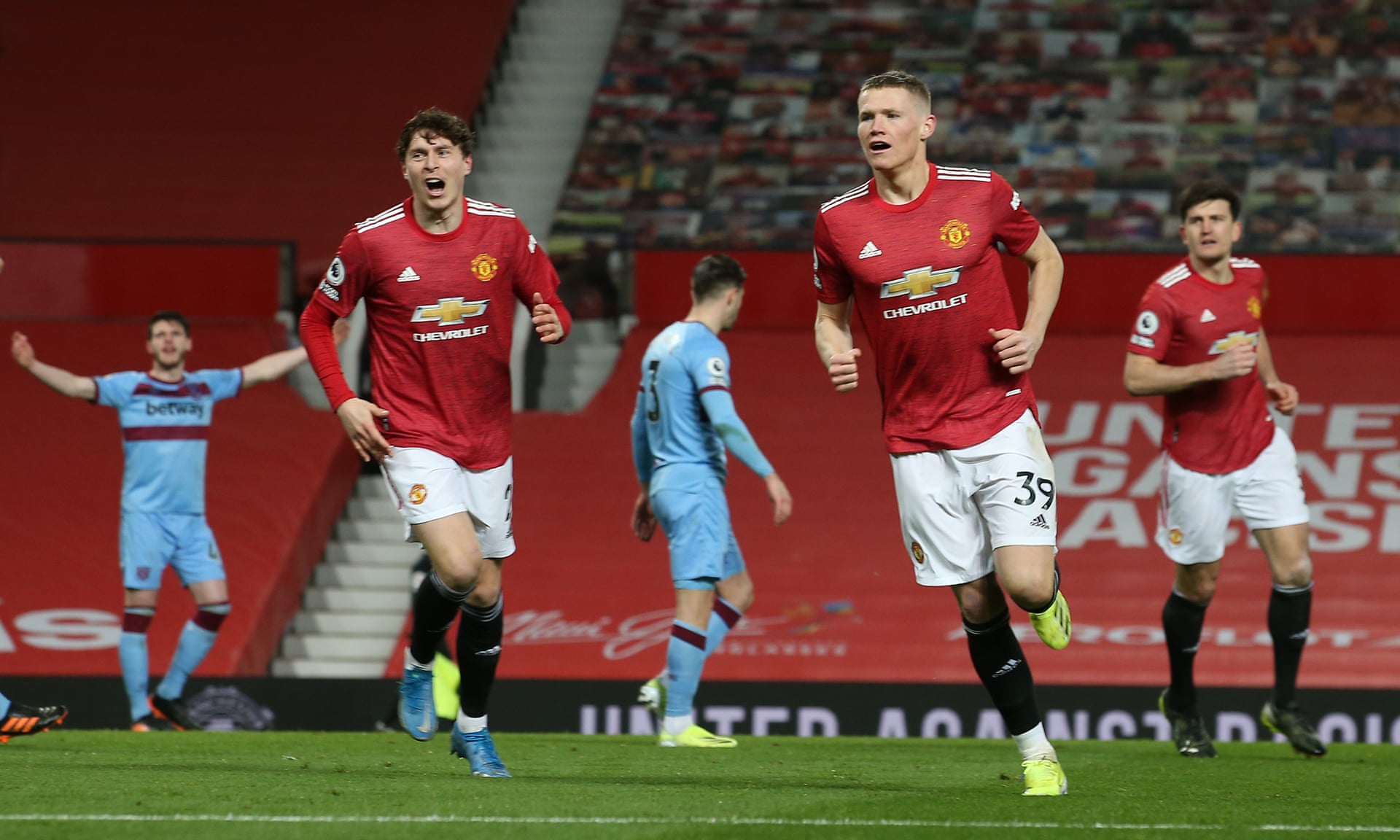 Manchester United took a giant leap towards securing Champions League football for next season after 1-0 win over West Ham United at Old Trafford.

An own goal from Craig Dawson was enough to split the sides, resulting in the Reds taking home a deserved three points.

Despite the visitors coming into the game in a rich vein of form they rarely threatened the United goal throughout, perhaps missing the guile and energy of Jesse Lingard. The hosts, on the other hand, tested Lucasz Fabianski throughout and rattled the woodwork on more than one occasion.

It kicked off a big week for Ole Gunnar Solskjaer’s side in the best way possible. With a trip to Milan and an FA Cup quarter final to come, the Reds have built the foundations for a successful week.

Dean Henderson – 7
Didn’t have much to do in truth but he dealt with crosses well and his distribution was solid. An assured response after his clanger in midweek.

Aaron Wan-Bissaka – 6
Was booked in the first half for a rash challenge but didn’t do much wrong defensively for the remainder of the game. Still needs to improve considerably going the other way.

Harry Maguire – 8
Another great display from the captain, despite what Twitter would have you believe. Commanding on crosses into the box and progressive with the ball, helping to push the Reds up the pitch against a low block.

Victor Lindelof – 7
Occasionally looked shaky against Antonio but good on the ball. United’s defence weren’t tested an awful lot but they dealt well with everything that West Ham did throw at them.

Luke Shaw – 9
If it wasn’t for Bruno Fernandes, then Luke Shaw would be a shoe in for United’s player of the season. As it is, the Portuguese magician will deservedly clean up at the end of season awards, however that shouldn’t take away from the fact that Shaw has been phenomenal all season and was man of the match on the night. He injected pace, power and energy into United’s play and his final ball was largely very good. It’s superb to see him back to his best.

Fred – 5
Sloppy on the ball; United shouldn’t be playing both Fred and McTominay in games like this.

Scott McTominay – 5
Sloppy on the ball and made too many unnecessary fouls. As I said, United shouldn’t be playing both Fred and McTominay in games like this.

Daniel James – 6
Provided good energy down the right hand side and put in a few decent crosses. However, he also made some poor decisions on the ball when United found themselves in promising situations. Despite his technical limitations, there’s definitely a place in this United squad for James.

Bruno Fernandes – 8
He’s played much worse than this and ended up with a goal or an assist so he can’t feel too disheartened that he hasn’t been given the assist for the own goal or that Fabianski superbly tipped his second half long range effort round the post. United’s most creative player on the night by a mile while also keeping it nice and tidy when necessary. A very good all round performance from United’s talisman.

Marcus Rashford – 7
A solid performance from Rashford on the left wing without ever getting into fifth gear. To be expected considering he’s playing with a couple of injuries.

Mason Greenwood – 8
There’s no doubt that Mason Greenwood is a centre forward. He excelled on the right wing last season but he’s bulked up now and looks a proper number 9. Deserved a couple of goals but his overall link up play was generally very good.