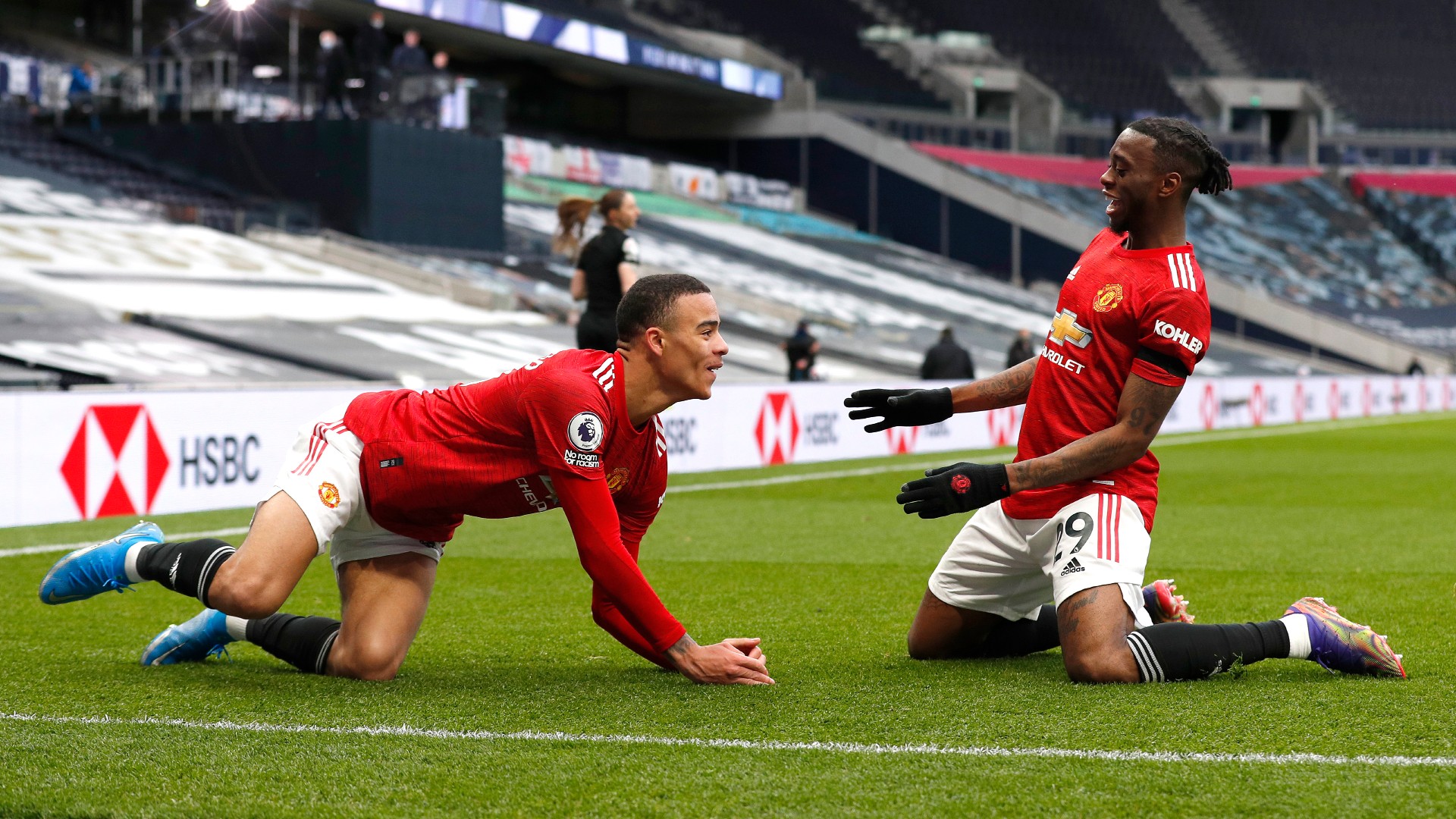 Make no bones about it, top four seemingly secured, today’s game was about retribution; making right a serious wrong earlier in the season. There’s been two infamous 6-1 defeats and Old Trafford in the Premier League era and regardless of a largely positive rest of the season, the most recent should sting just as much as 2011. Time to react.

Having rotated slightly mid-week, United lined up largely as you would expect. However, the most notable name on the team sheet was almost certainly Dean Henderson, once again favoured over de Gea as it looks increasingly likely that the Spaniard may have finally conceded his number one spot. Cavani also kept his place following the game against Granada.

Spurs were boosted by the Kane-Son partnership being restored and with the likes of Reguilon and Ndombele in the team – not to mention both teams liking to counter-attack – there were threats all over the pitch. Though Jose’s low-block was almost a certainty, this was a match that still promised potential goals. Take two.

The game started with a two-minute silence in memory of the Duke of Edinburgh, Prince Philip, who passed away earlier this week at the age of 99 – an avid sportsman and fan throughout his life. Once the first ball was kicked, you had a feeling things might be more to end to end than expected, with an early march into the Spurs box followed by a corner back down the other end.

The first five minutes weren’t frantic, but there were some good signs of a more collective press from the Reds, for now at least. It’s an aspect of United’s game that continues to frustrate at times; regardless of the larger performances, they often only apply it in short spurts and not as a pack – consistency and collective closing down being essential to making it work.

One huge positive was that Rashford looked bright from the start: lots of intricate footwork and not looking visibly fatigued or to be struggling with his recurring ankle problem so far. The number ten was shifted back out onto the right following Dan James’ knock and to accommodate Pogba alongside the Fred-McTominay double pivot. Fans would’ve been hoping he could continue to be just as effective as he has in recent weeks and, indeed, all season.

Speaking of the Frenchman, he himself was shunted out to a slightly awkward right-wing role. Though he did interchange with Rashford on his favoured left-flank, neither are his natural position and he struggles to create from deep and stride in transition in the same way he does as part of a three/when playing in the middle.

The first chance didn’t come until around a quarter of an hour, when a long ball from Fernandes was chested down and held up beautifully by Pogba, laying off Cavani who played the ball to the arriving Rashford. It was, perhaps, only a half-chance that could have turned into something special if taken first time, but the shot was ultimately blocked. Good combination play though.

McTominay got the first booking of the game in the 18th minute, with a pretty full-blooded challenge on Ndombele – clearly developing into a key battle already. Things starting to relax as the clock elapsed beyond 20-25 minutes or so, it seemed as though Spurs were settling into a semblance of supremacy, but the pace was starting to look slow more than anything.

In the 35th minute, in what had been a bit of a lull in the game, there was suddenly a moment of magic. After McTominay made a wonderful step past his Son, the ball was worked to Pogba who played a neat little ball through the defender’s legs and Cavani – with exceptional movement as per – curled behind the defence and also scored with a nutmegged finish. Beautiful.

Unbelievably, after the Spurs players started to swarm the referee, discussions began and the goal went to VAR. The images showed exactly what it was: nothing more than an accidental swing of the arm that only slightly caught Son in the face.

Incredibly, it was deemed an ‘accidental foul’ and what was a wonderful goal was chalked off. Atrocious decision – even Ole let visible rage show. Christopher Kavanaugh won’t be welcome in Manchester any time soon.

To rub salt in the wound, just before 40 minutes, a simple move turned momentous. Lo Celso setting things off, the ball founds its way back in the centre; Kane’s simple and fairly sloppy pass was played into Moura, which Lindelöf couldn’t get a proper foot on to intercept, leaving him to break into the box and play a late ball to Son at the back post. 1-0. A gut punch if there ever was one and only made the earlier decision even more galling.

The temperature had definitely risen at this point and in the immediate move after the restart, Cavani and Joe Rodon had a bit of a fracas after nothing more than a slight run across each other. The players swarmed and United had gone from having thought they had dealt the first blow to looking rightly rattled by the recent injustice.

Even in the moments leading up to half-time, Bruno was involved in a similar strop over a slight swing of an arm, exchanging a few words with captain Kane. United, more than anything now, just needed the whistle to blow, to recompose themselves in the dressing room and use their frustrations as fuel in the second 45. It came, eventually.

A big second half for United as we have often said this season, with Ole’s men needing to show their attacking impetus from the off and score the next goal. They started fast and furious (as they should). The press returned and the energy was there to see.

In the 53rd minute, it looked like Cavani had scored again when he just narrowly put a tap in past the right-hand post. Good work from Pogba, Bruno United growing and looking to get an early equaliser and swing the pendulum back their way.

A minute or two later, McTominay tried one of his trademark, long-range strikes that so often pay off. It was well saved at the post by Lloris but the Reds were starting to truly test the Tottenham defence and through a variety of avenues. The game suddenly a lot better as a whole.

Finally, in the 57th, the goal came. After some wonderful interplay through the middle of the pitch, Bruno, Rashford and Cavani all combined; it looked like the Uruguayan was going to curl it into the far right corner, but he chose to go with his left. The shot was saved but the rebound was there for Fred, of all people, to finish. 1-1. Game on.

Naturally, Spurs came answering back in the immediate aftermath, with the ball quickly going back up the other end of the pitch. The game well and truly alive now, with the scrappy patches still there but United starting to show more quality in the midfield and plenty of probing when going forward.

United looked like they might have their second in the 66th minute, when Shaw delivered a delicious outside of the boot cross into Bruno at the back post. He managed to keep it alive, knocking it to Pogba, but the Frenchman inexplicably went for a flairy back-heeled finish. While it would have been some goal, it was not the time or the place – just hit it and it’s 2-1.

Spurs were still very much threatening too. Around 70 minutes or so, both Kane and Aurier had big chances – the first well saved by Henderson and the second fortunately a hopeful overhead kick that, thankfully, went just over the bar. A reminder that Solskjaer’s men needed to keep concentrating in both respects.

United made what proved to be a key substitution in the 79th minute, as Greenwood replaced Rashford. Then, at last, United’s persistence paid off. The goal was a wonderful move from start to finish: Wan-Bissaka, a cheeky scooped nutmeg from Bruno, Greenwood’s perfectly placed cross for Cavani to finally get his goal – once again with a diving header. Simply sublime.

Heart rates having risen already, Cavani nearly scored his second header of the game at the wrong end just a few minutes later. Pogba’s blind header required some form of further clearance, with the ball just pinging off the corner of the left upright. A very navy moment in a game that United were now looking to see out more than kill off.

The final 10 minutes felt were fairly frenetic, but there wasn’t too much of any real quality to note – more just periods of both teams gaining possession and attempting to probe with less and less patience as the clock ticked down. An undercurrent of nerves and who would blink next rumbling under the surface.

In the last minute of the six minutes stoppage, Fred – operating further up once again – worked the ball to Pogba, who found Greenwood arriving on the edge of the box. Fearing he might opt for one too many stepovers again, he simplified things this time and after shifting his body weight to fool Reguilon, he leathered the ball to Lloris’ near post and the veteran keeper’s hand wasn’t enough to stop. 3-1 and three points to United.

A massive three points for United who, as McTominay said in the post-match, “stayed calm” and stuck to the task. They will feel hugely vindicated not only for the horrendous decision in the first half, but in having made sure they put in a much more inspiring performance than in the reverse fixture. Ole and fans alike will be hugely pleased with the reaction.

There were several notable performances on the pitch today: the goalscorer Fred; Shaw who was diligent and decisive throughout; Pogba, who aside from one unnecessary flourish, created chances all game – even Greenwood, who did so much in such a short time and made the three points certain.

Nevertheless, simply because of how involved he was all the game – in goals both given and disallowed – it has to be given to Edi Cavani, whose contribution in a comeback was clear yet again. His movement in and around the box not only leads to direct goals, but opens up space for others too and United are just a better team with him in the side.