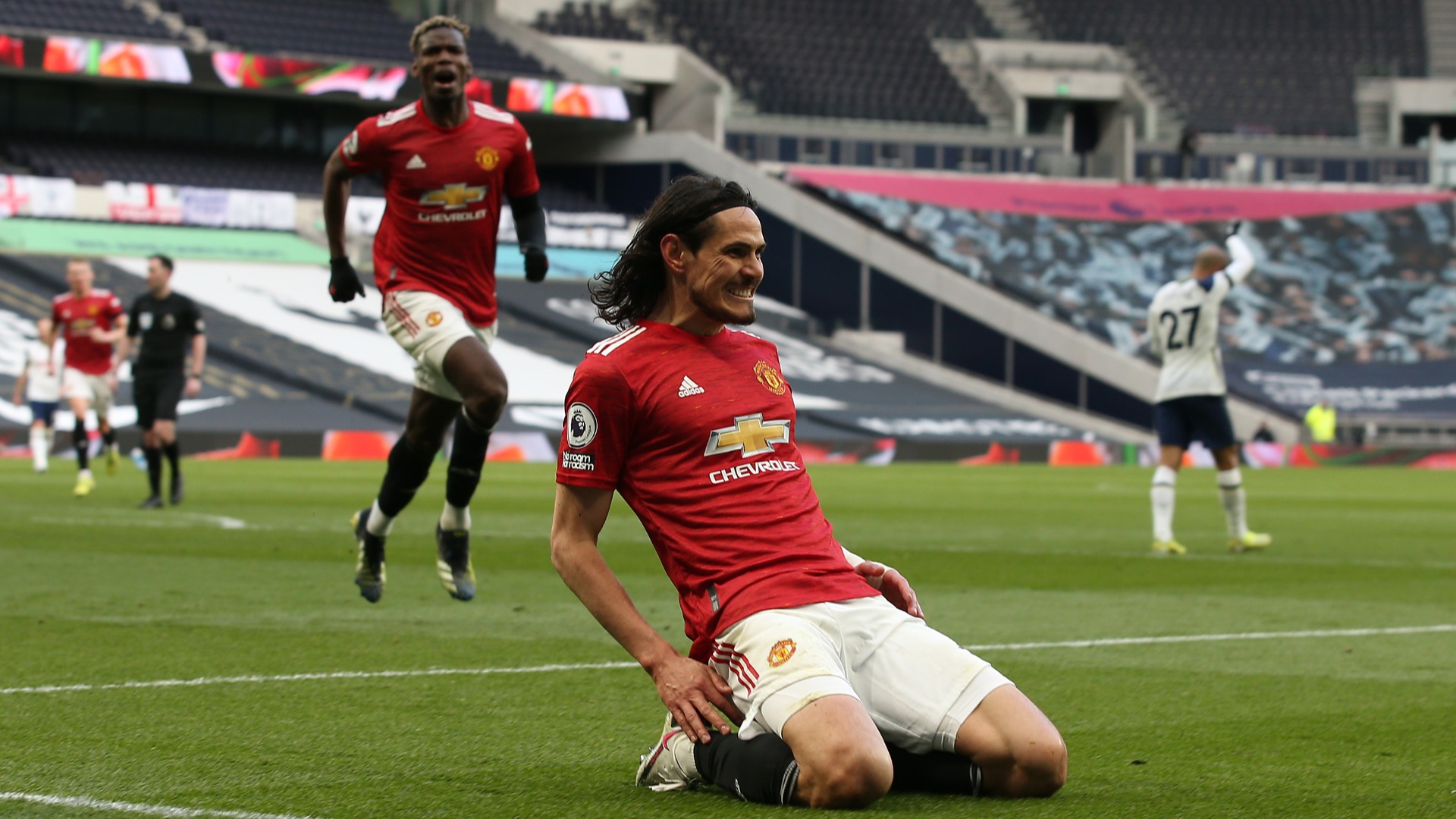 Manchester United have cemented position in the Premier League after a convincing win over Tottenham on Sunday.

On an evening where it seemed that everything was going against Solskjær’s side, they turned on the heat in the second half to prove the man in the opposing dugout wrong.

Heung-Min Son scored the opener late in the first-half after making sure United’s goal was ruled out with some theatrics straight out of Hollywood.

The United side we saw under Mourinho those years ago would for sure have collapsed but not under Ole Gunnar Solskjær.

United came out in the second half and wasted no time in trying to find the equalizing goal, which came from an unlikely source in Fred. Edinson Cavani scored the winner before Mason Greenwood ensured all three points late on.

Dean Henderson – 8
A near faultless performance to cement his place as United’s number one. Could do nothing for their goal and made some neat near-post saves.

Aaron Wan-Bissaka – 7
Caught wanting on one rare occasion but just one of many United player with a good performance.

Victor Lindelöf – 8
Unfortunate to get his feet tangled and miss the ball in the build-up to Tottenham’s first-half goal. Very good throughout the game.

Harry Maguire – 8
Awkwardly lost track of the his eye-to-feet coordination and brought down Kane but that aside, another top performance from the captain.

Luke Shaw – 8
United’s silent creator from the back and Shaw was at his best again in London. What a return to glory and how fitting is it that it’s against the man who publicly ridiculed him.

Fred – 8
Started poorly, that can’t be denied. But Fred came out in the second half a changed man. Almost flawless and even scored, can you believe it! At the heart of neat interplay on the edge of Tottenham’s box to tap in Cavani’s rebound.

Scott McTominay – 8
Needlessly accumulated fouls in the first half, rightfully booked but was then conned out of his involvement in what should have been United’s opener. Heung-Min Son’s embarrassing theatrics, which he has been repeating each weekend for the past 18 months, fooled the referee and Cavani’s goal was ruled out. But the Scot didn’t let the incident go to his head and he, just like the rest of United, came out after the interval with a point to prove.

Paul Pogba – 10
Started on the left, went over to the right and played in the middle too and was just as effective wherever he played. Absolutely flawless. Without a doubt the Frenchman’s best performance of the season and Mourinho would’ve been wishing that he had a midfielder with a tenth of Pogba’s ability.

The Tottenham players couldn’t get near him and were left in Pogba’s wake each time they asked for permission to touch the ball. He was unplayable at the Tottenham Hotspur Stadium and will be laughing at Mourinho’s claims that he should’ve seen red for an elbow on Serge Aurier.

Bruno Fernandes – 7
The Portugal international was integral to most of what United did in the final third but not in the final ball, which is what most are used to with Fernandes now. He played a slightly deeper role, which allowed Pogba to get involved more. A good performance from United’s talisman.

Marcus Rashford – 6
Looked like he was still struggling with that foot injury and United improved once he came off. Hopefully he can get a full weeks rest now ahead of Burnley.

Edinson Cavani – 9
Fantastic finish in the first-half but unfortunately it didn’t count. It seemed to ignite a spark within the Uruguayan and he was immediately more involved and started to terrorize the Tottenham backline.

Constantly on the move, Cavani will have left Rodon and Dier with neck braces after tonight. He eventually scored the late winner, his 7th goal in 11 starts for United – a beautiful diving header.

Substitutes
Mason Greenwood (for Rashford) – 9
Instant impact when he came on. Rashford had struggled but Greenwood didn’t at all. Goal and assists, light work for the youngster who has now scored in three consecutive domestic appearances.

Nemanja Matic (for Bruno Fernandes) – N/A
Came on late to see out the game.