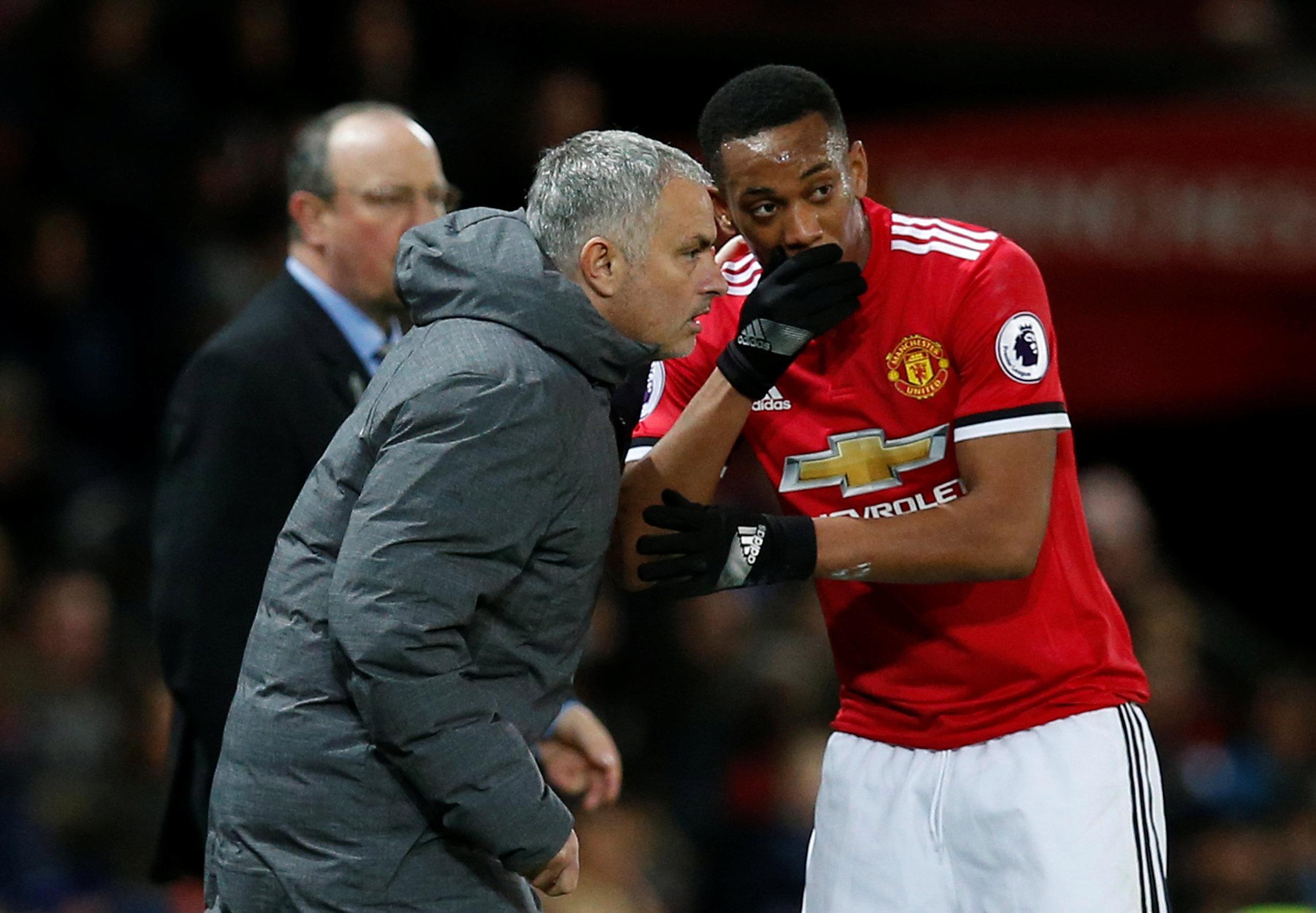 Melanie Martial has opened up on the psychological strain football can have on the family of a high-profile footballer. Melanie has been married to Anthony Martial since 2020 but the pair have been dating for longer and are the parents of their son, Swan.

Melanie gave a sincere interview to Kobini, via Get French Football News, where she explained how media’s ruthless streak can be damaging on a personal front.

Anthony, 25, has struggled on the pitch this season and was the victim of vile abuse on social media earlier this season. Melanie, 29, even admitted that she cannot watch a game Anthony features in without muting the commentary.

“When your husband is in his top form, everyone is praising him, when there is even the smallest of problems, all you need is one person to start saying: “He’s not doing well,” he thinks he is like this, like that, as a general rule of thumb then everyone piles in and it is not easy,” Melanie said in the interview.

“We are their family, we are around them, and it is difficult to watch a match with the commentary on. I cannot watch a football game with the sound on. He is your husband, you love him, you have feelings for this person. They, all they see is football. They are not necessarily paying attention to how they say things, they can hurt those around them.

“Very sincerely, I have a husband who does not listen at all to what is said around him, whether that is comments, he does not look what people say.

“He will go home, re-watch his match, his actions, that’s it. To give you anecdotes, the majority of the time, when he comes home, and he sees my state, I am very down, he says: “What’s up with you?” As if something had happened to me and I say: “I can’t handle it, look at the comments.” He says to me: “We don’t care.”

“When he is not selected for the national team, you say to yourself: “Oh! I am going to spend more time with my husband, we can go on holiday.” But I am not able to think that way. When he is not somewhere (with the national team or playing), I am hurt for him, and generally, he’ll say to me: “It is not a big deal, maybe next time.” And we just try to take the positives, so it is good, we compliment each other in that sense. I help him, he helps me.”

“He has the baby and after the baby is born – beautiful baby, full of health, thank God – he should be here and he is not here,” Mourinho said in 2018 after confirming that Martial had been fined two weeks wages for his absence. Martial fired back on Twitter: “Thank you all for your posts. My little Swan is fine, for the mom it was harder but thanks to God she’s better now. Sorry but my family will always come first.”

Melanie opens up on the episode in the interview and the strain the power struggle had on her birth.

“For example, when I was about to give birth, it was not easy, because Anthony was on the plane (in 2018) when I was at the clinic,” she said.

“It is not easy because two days later people look at him and say to him: “Excuse me, you need to return to Los Angeles for three days, for a match.” But that is a 12 hour flight!

It’s a fascinating insight to Mourinho’s cut-throat management style and it leaves a bad taste in your month.

Melanie also apologetically revealed that she’s an avid fan of Real Madrid but insists that she’s supportive of her husbands choices.

“Sorry, sorry, sorry my love. The clubs of my heart, for me, selfishly if I was only thinking about me, I would say Real Madrid. Hala Madrid. But for him, the club that he should go to, is the club where he feels good. That is all that I wish for him. Even if he wants to return to play in the 6th division with Ulis. I will be there as the first fan, no problem. What counts is where he wants to go and where he feels good.”