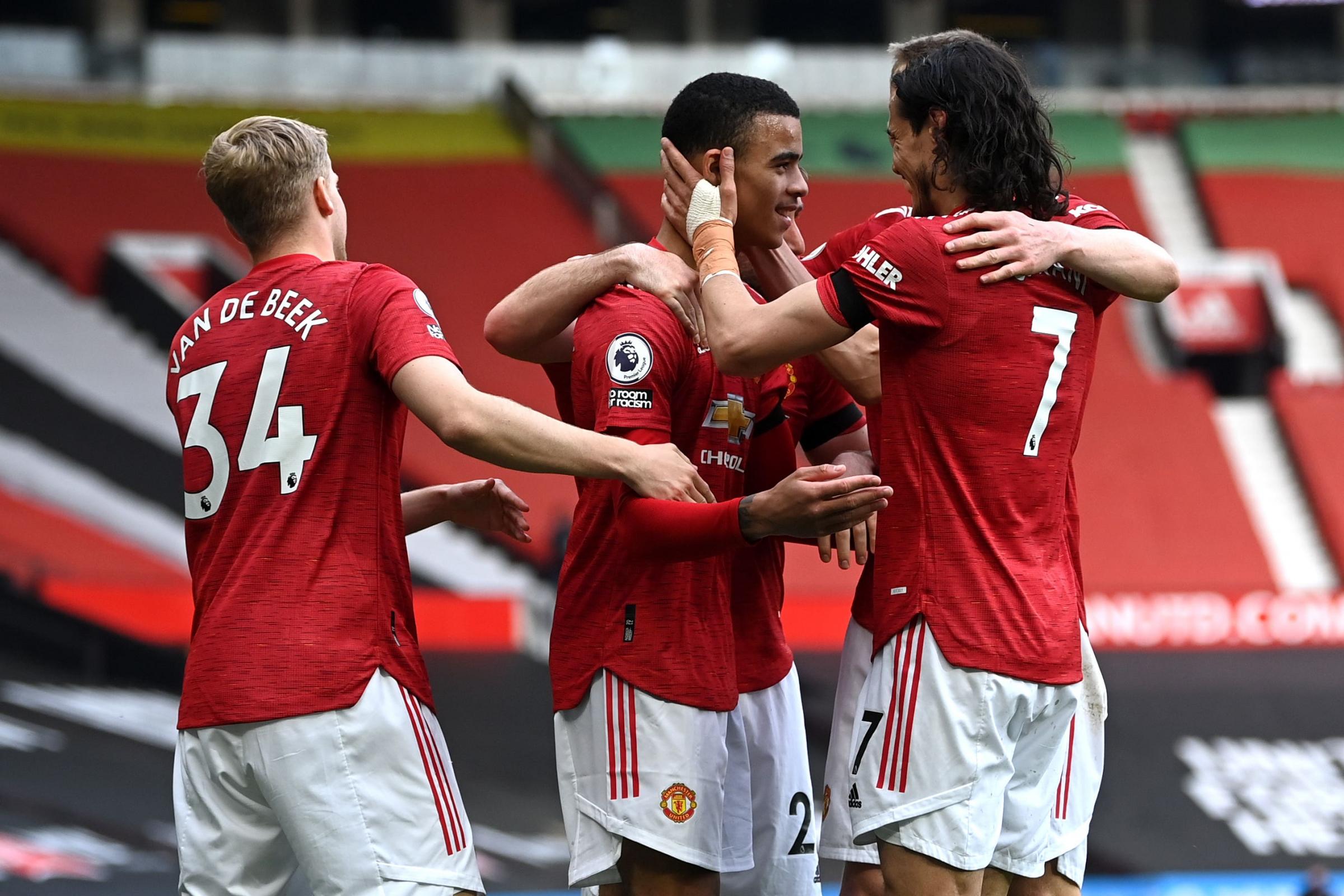 It’s usually anything but straight forward whenever Burnley rock up to Old Trafford. It was more of the same on this sunny Sunday afternoon, but Manchester United did manage to put the fighting clarets to the sword 3-1.

United had a chance to win five straight in the league for the first time since manager Ole Gunnar Solskjaer was the interim boss at the club. Burnley have only won once in their last eight, but Sean Dyche’s men always get a spring in their step when they step out on the hallowed turf at the Theater of Dreams.

With the fixture pile up, United have been starting rather slowly for the best part of the season, winning 28 points from losing positions so far this campaign. And although it wasn’t the case today, the Reds didn’t really look at the races for large parts of the game.

The Reds got away with murder within the opening minute as the visitors went long from tip off and Dean Henderson was caught in no mans land by the physically astute Chris Wood who got on the end of it and knocked the ball towards an empty net. Fortunately for the Reds, the New Zealander was flagged for a marginal offside and the score remained level.

There was not much to rave home about in the opening frame other than one terrific Mason Greenwood chance. After a great over the top ball from Bruno Fernandes into Marcus Rashford’s stride on the right side of the box, United’s No. 10 squared a lovely ball across the area to the onrushing Greenwood who had the empty net gaping, but failed to make any contact with the ball.

Level at the break, United started the second half off with a bang. A fantastic move down the left hand side from Rashford saw the Englishman terrorize the Burnley right back and burst into space before playing a cross-box ball towards Bruno in the middle. The Portuguese midfielder showed just how effective you can be without even touching the ball as his excellent dummy saw Burnley defenders commit and the ball fall into the feet of Greenwood, ready to redeem himself.

The 19-year-old buried the ball with his left foot, coming in off the right, and the Reds were ahead. But not for long.

The visitors immediately went down the other end and there are no prizes for guessing how United conceded. The Clarets quickly won a corner and converted through James Tarkowski — the easiest header he may ever score.

Harry Maguire couldn’t keep his compatriot away from the ball and Henderson a little too passive on his line saw the ball virtually land on the head of the near stationary Burnley defender.

Being up against it when facing Burnley is nothing new. It’s quite simply never an easy day at the office. But United went back to work and chipped away at the rigidly organized back line.

Big chances were far and few and half chances just weren’t falling where United would have liked them to in the final third. Down the other end, United were flirting with disaster as Chris Wood was man handling what seemed like the entire Reds back four. But in the end, Solskjaer’s side got away with it.

The breakthrough came in the 84th minute, after the introductions of Edinson Cavani at half time and Donny van de Beek moments earlier.

Bruno played the ball into Paul Pogba on the edge of the Burnley area before the Frenchman got his head up and cleverly found Greenwood on the far side of the box. Curling a lovely ball into the teenagers feet, the forward made a quick decision to go onto his favored left foot and let off a strike on goal. Eerily similar to Rashford’s winner against Wolves earlier this season, the ball was going towards the target and took a kind deflection along the way before nestling in.

After a very challenging season on and off the pitch, Greenwood was credited with his second goal to give United the lead once again. Four goals in his last three league games. Greenwood’s confidence and swagger is back and he has hit the form everyone knew he would eventually reach right when United need him the most. That’s three consecutive match winning goals for the No. 11.

The hosts then promptly went into game management mode for the dying moments, only to break away on a lethal counter attack right before the final whistle. Luke Shaw won the ball back terrifically when Burnley were charging forward looking for the equalizer. Via Bruno, it founds its way into a marauding van de Beek down the left flank, timed perfectly, the Dutchman squared into Cavani to tap into an empty net. Job. Done.

It’s never pretty against the Clarets, but the three points are vital. With it, United put pressure on those above and below, cutting the gap to league leading Manchester City down to eight points with six games remaining.